Former Congresswoman Gabrielle Giffords is challenging the gun lobby’s narrative with a new group for responsible gun owners. The organization, Minnesota Gun Owners For Safety, was announced on Thursday ahead of the 20th anniversary of the Columbine mass shooting.

“We’ve found that many gun owners are frustrated that the gun lobby claims to be speaking for them,” Giffords told The New York Times. “So one important goal for us is to provide more gun owners the opportunity to share their ideas and experiences, and take action.”

The group plans to lobby for universal background checks and an extreme risk protection law, the latter of which would authorize the temporary confiscation of firearms from those believed to be dangerous. It is the second organization of its kind started by Giffords’ advocacy nonprofit; the first launched out of Colorado earlier this year.

“The gun lobby can’t hide behind money and extremist rhetoric when gun owners are coming together to push for responsible ownership, laws that save lives and a deeper appreciation for what it means to own and use firearms,” continued the former congresswoman. “More and more people are responding to gun violence as a personal issue. They don’t want to see their neighbors or their family or friends get shot. People are pushing back against the false notion that any action to pass laws results in less freedom. In fact, it can bring us more.”

Although Giffords was critically injured during a 2011 shooting in Tucson, Arizona, both she and her husband continue to remain gun owners. 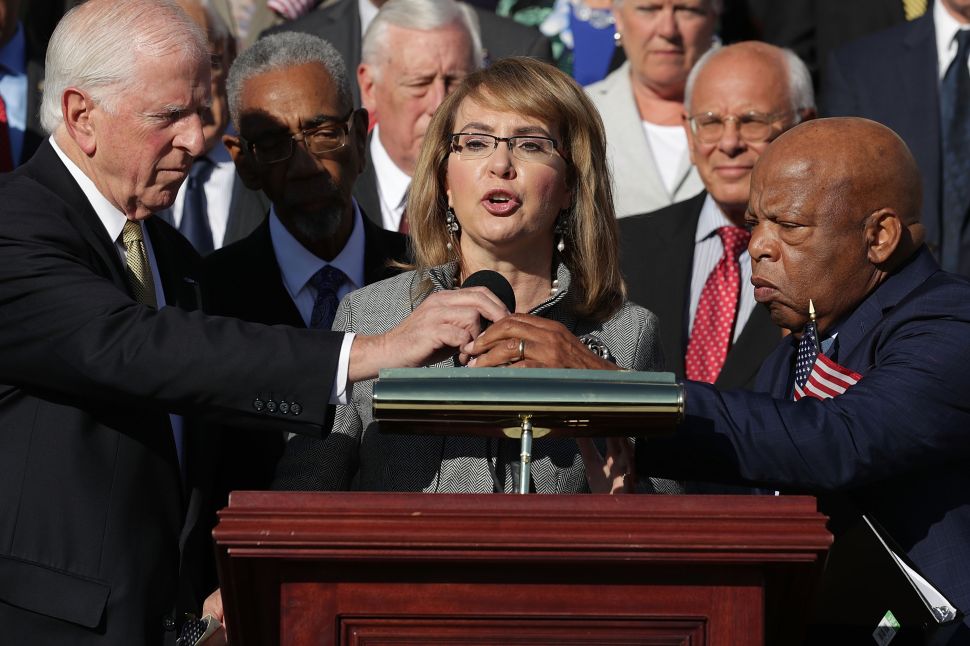