The recent announcement that art gallery owner Larry Gagosian is starting up an art advisory firm has raised some concerns. Namely, could his two businesses might operate on a fully separate basis to avoid any conflicts of interest? “It will be interesting how he navigates advisory services with dealer services, and to what extent those services will be independent or overlap,” said Daniel S. Kokhba, a partner in the New York-based Kokhba Law.

The move by Gagosian may not be such a big deal in itself. Many gallery owners already act as private art advisors for certain clients on a regular basis. “There have often been [instances of] someone building a collection who needs help filling in things and lets me know that he or she can use my help,” said Bridget Moore, president of DC Moore Gallery in Manhattan. Those clients “know that I know other dealers and have access to things, and they want to get my opinion on artists and specific works.” However, the initiative by Gagosian is the first time in which these services have been formalized within a gallery in such a way.

“As long as the customer is fully aware of the inherent conflicts that can arise in these relationships, it can work,” said Robert Fishko, owner of New York’s Forum Gallery and who has worked with private clients as an advisor from time to time. He added that “announcing the opening of an art advisory service can be a step towards the kind of necessary transparency that could clarify the relationship for all concerned.”

Gagosian Art Advisory will be run by Laura Paulson, a global chairman of 20th-century art at Christie’s auction house until 2017 and a private art advisor since then. The company is to be based at Gagosian’s New York headquarters, with its own staff and database. It all sounds as though one operation is separate and distinct from the other, but not everyone is convinced.

“Auction houses and galleries all like to claim that a wall exists between art advisory and gallery operations, but that wall tends to be very porous,” said New York City independent art advisor Todd Levin. A gallery that also offers advisory services offers collectors “convenience, one-stop shopping,” he said, noting that “serious collectors aren’t just looking for convenience. They are looking for unbiased and objective advice from someone who is working in their fiduciary interest.” Levin is a long-standing member of the Association of Professional Art Advisors (A.P.A.A.), which requires that its members “may not maintain inventory for sale, accept artwork on consignment or act as private dealers in any transaction.” That requirement protects advisory clients, according to Manhattan-based art advisor and A.P.A.A. member Megan Fox Kelly. Because gallery owners “represent inventory they own or that is on consignment to them,” she explains, “their first responsibility is to their inventory and to their consignors.”

Daniel Weiner, a partner in the law firm Hughes Hubbard who regularly works with art collectors, noted that potential conflicts of interest of a gallery owner acting as an art advisor “are there for all to see,” but added that many collectors will take the risk anyway, because “you want people in the business who know where everything is and how to get it.” Independent art advisors may have ethics on their side but not the goods.

Kokhba claimed that a gallery owner acting as an art advisor isn’t necessarily “problematic, but there needs to be proper disclosure and transparency, which benefits all involved.”

Get It in Writing

Weiner noted that he has drafted agreements between A.P.A.A. members and collectors, and not between collectors and gallery owners acting as advisors, but he recommended some “short agreement” when working with a dealer in an advisory capacity. “Certainly, you want to have in writing that the dealer won’t take any money [for purchases you make] from anyone but you.”

The art trade is a relationship business, as collectors look to experts to guide them in making long-term investments in uncertain markets. However, according to New York City art lawyer Judd Grossman, “we have seen cases where a collector and a dealer may have a longstanding relationship and the collector starts looking to the dealer for advice and guidance, losing sight of the fact” that the dealer’s role is not “to protect the collector’s interests.” Rather, the dealer’s first priority is to sell the work. He added that “we saw that dynamic a few years ago in a lawsuit against Gagosian by entities controlled by his longtime friend and client Ron Perelman.” In that case, an appellate court rejected the argument that there was a fiduciary relationship between the parties.

However, Grossman noted that it is “possible that separating the advisory functions from the sales, as Gagosian is apparently doing, might, if done well, give collectors more clarity as to what they can and cannot expect from their dealer or advisor in a given situation. That, in turn, can help collectors, who need to understand the extent to which they can (or cannot) rely on the dealer to provide information or opinions and, conversely, the extent to which they need to undertake their own diligence in advance of a transaction.”

There may be no moral to the story, but there is certainly a trend: Whereas, in the past, players in the art trade had distinct roles, increasingly individuals and companies are trying to be more full-service. A growing number of auction houses now emphasize private sales, cutting into the realm of galleries, while gallery owners sometimes hold auctions and dispense advice on good purchases, entering the world of private art advising. Art advising, too, has expanded in recent years to include what is called “collection management,” such as appraising, curating, installing, buying and selling, arranging for insurance and even estate management. “Sometimes, I find myself talking with a client’s financial advisor about how much of their assets should be invested in art,” said Megan Fox Kelly. “I’m asked to do things now that I never did just a few years ago.” 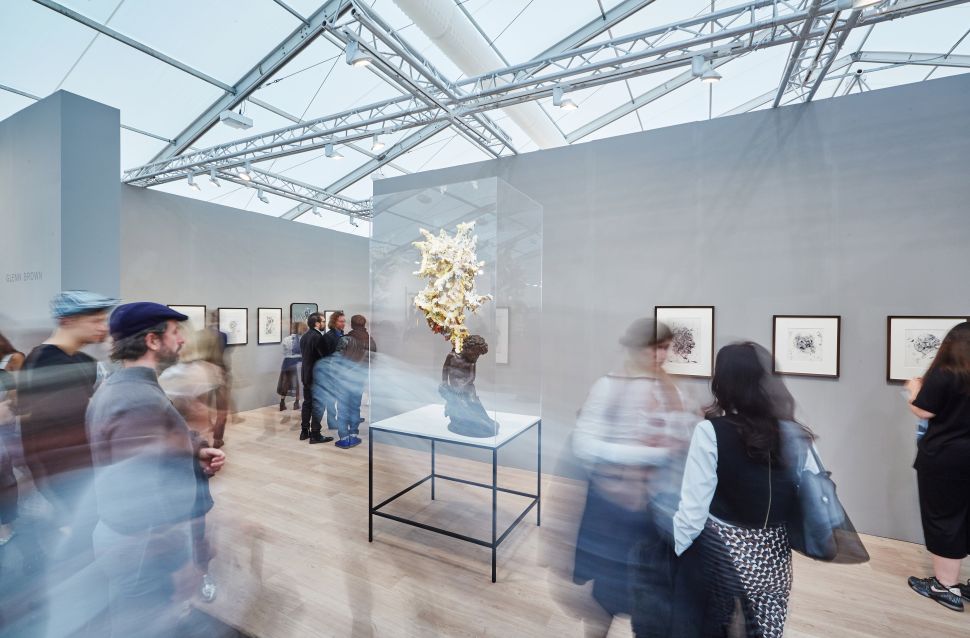