At what point will the streaming industry reach its saturation point? By 2020, consumers will have roughly eight main services to choose from, and they’ll all be backed by deep-pocketed tech-commerce companies or worldwide media conglomerates. If we thought the Golden Age of Television in the early 2000s afforded audiences an abundance of options, then Peak TV—with its 500-plus scripted series planned for 2019 —is an all-out assault.

Netflix’s seemingly endless library crashes into the public consciousness like a riptide. Amazon is remolding itself with the type of blockbuster home-run swings befitting one of the world’s most dominant companies. No one is entirely sure what Apple is doing, but it’s intriguing and it’s Apple. Meanwhile, Disney stole a swarm of headlines recently with its franchise IP–supported Disney+ reveals.

So where does that leave WarnerMedia, whose nebulous standalone streaming service is set for release later this year?

“How do they position the offering in a unique way?” asked Michael Beach, CEO of Cross Screen Media, speaking with Observer. “Is their library of content enough to get people across the finish line? How can they capitalize on their direct billing relationships with eight million HBO Now subscribers? If people are paying X amount for HBO, and now you start thinking about WarnerMedia’s other properties such as Friends and everything else, the question becomes ‘Can we get people to spend Y per month?'”

Slowly but surely, each streaming service develops its own identity, an organic brand of sorts that is easily digestible to potential consumers. Everyone knows Disney+ is going to be a family-friendly service that will appeal first and foremost to kids. But with WarnerMedia restructuring its hierarchy and hosting projects from a ton of seemingly disconnected brands—including HBO, Warner Bros. and Turner—how, exactly, will it package its standalone service? And how will it upsell current HBO and DC Universe subscribers so that they sign on for the full WarnerMedia service?

The primary building block of the direct-to-consumer platform, according to WarnerMedia head John Stankey, will be HBO. That obviously includes Game of Thrones, arguably the most valuable small-screen asset in WarnerMedia’s entire library. How the company leverages the franchise will be a crucial factor in its early development, as there’s clearly massive interest in the material.

“HBO is still a linear format mostly. They are limited in terms of content consumption by what they can fit in a 24-hour period,” Beach said. “So does WarnerMedia start doing spinoffs that wouldn’t make it on HBO today?”

HBO President of Programming Casey Bloys was evasive when The Hollywood Reporter asked him whether or not a Thrones spinoff was a possibility for WarnerMedia’s streamer. “We are doing the one pilot that we’re shooting in June, and we’re going to take our time,” he said. “We have other scripts, and we’re going to take our time and think about what’s right for it, and that’s it.”

In terms of drawing attention to the new service, developing exclusive Thrones-related content would capitalize on one of WarnerMedia’s most in-demand properties. As of now, only one spinoff is moving forward on HBO proper, which leaves ample room for experimentation elsewhere. Disney is taking a similar approach with its Marvel and Star Wars properties, creating several live-action and animated series set in those universes for its forthcoming streamer, Disney+.

“[WarnerMedia] could do five spinoffs on Game of Thrones, similar to Star Wars. That’s stuff no one has really done yet,” Beach said. “If you’re HBO, the old way might have been to release one spinoff every two years to string along subscribers. You don’t have constraints if it’s WarnerMedia subscription video-on-demand. What Disney is doing with Star Wars is a pretty good comparison as they flesh out the world further on their own streaming service.”

A multi-platform strategy runs the risk of diluting the product, but we know HBO at one point had as many as five Game of Thrones spinoff ideas in various stages of development—there’s gotta be at least a few good stories in that mix. With WarnerMedia emphasizing direct-to-consumer business for its future, leveraging GoT as a foundational piece of its new streaming service may be the next logical step in the company’s attempts to carve out its own niche and establish itself on a very crowded battleground. What would Jon Snow do? 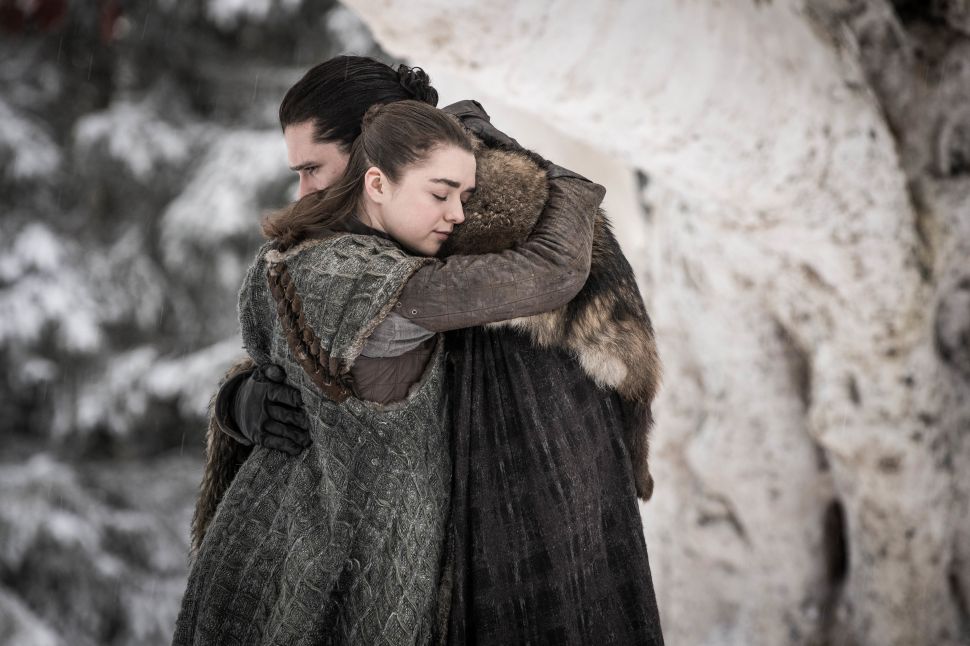