The final season of HBO’s Game of Thrones premieres Sunday, almost two years after the Season 7 finale. In that time, we’ve done our fair share of obsessive speculating over how television’s biggest series will end. But while we’re quite confident in our own detective skills and hypothesizing, there’s no doubt an expert would bring more insight to the table than your average Redditor.

Enter Barry Strauss, a professor of history and classics at Cornell University and the author of Ten Caesars, which tells the story of three and a half centuries of the Roman Empire through the lives of 10 of its most important emperors. Though Game of Thrones gets down with dragons and ice zombies, he’d be the first to tell you that it’s still deeply rooted in real life. Furthermore, he asserts that by exploring the events that inspired A Song of Ice and Fire author George R.R. Martin and showrunners David Benioff and D.B. Weiss, we might be able to piece together an accurate path to the Season 8 finish line.

“The Middle Ages were violent, religious, monarchical and hierarchical—Game of Thrones certainly gets that right,” Strauss told Observer. “The Middle Ages also featured castles, the feudal system, chivalrous tournaments and a world of personal loyalty.”

According to Strauss, Game of Thrones can trace its origins back to a litany of major moments, particularly the English War of the Roses (1455-1485), the Fall of Rome (476 CE) and the Massacre of Glencoe (1692). Beyond that, the tales’ fictional civilizations, cultures and characters are informed by a far-ranging historical track record.

“Martin and the showrunners cast their net widely when it comes to historical inspiration,” he said. “They draw on Greek Fire, the secret weapon used by the Byzantine navy; Icelandic sagas; ‘barbarian’ invaders of various kinds—basically, horse-riding warriors from the steppes, such as the Huns or Mongols; the Roman legions and Greek phalanx; Amazons and female warriors such as Brienne of Tarth; ancient empires; and the Italian Renaissance, with the religious dictator Savonarola of Florence recalling the High Sparrow.”

So yeah, the GoT dudes clearly have eclectic taste. But what about the ultimate outcome of the series? Season 8 will clearly take creative license to deliver the best possible conclusion from a narrative standpoint, but by pairing real-life examples with his fervent fandom, Strauss has come up with a few predictions for this much-anticipated final stretch.

“The Night King will be defeated: ancient myth wouldn’t allow evil to triumph,” Strauss said. “It will not, however, be easy. Devito was an ancient Roman ritual in which the general sacrificed his life in battle in order to gain the favor of the gods in exchange for victory for his army. The devito by the general Decius Mus in war in Italy in 340 BC left a big imprint on Roman historical memory. With that in mind, in order for the Night King to be defeated, expect a major character to sacrifice himself or herself. Jon Snow? Dany? Both?”

Though Strauss sees the Night King’s vanquishment in the future, victory over him will come at a cost. He classifies Dany’s dragons as “terror weapons” akin to Hannibal Barca’s war elephants. Hannibal was a widely feared and revered military commander from ancient Carthage who brought African elephants to modern-day Italy during his invasion of Rome. While they proved to be effective tools of war, Hannibal’s ultimate failure suggests that the dragons could be “doomed,” which would fit well with the Thrones narrative.

However, while much of Westeros may go up in smoke (ice?) now that the White Walkers burst through The Wall in the Season 7 finale, we have enough evidence to suggest that life will go on.

“Terrifying as this is, Roman history tells us that the people of Westeros need not panic,” Strauss said. “Over the centuries, Galls, Teutons, Parthians, Marcomanni, and Britons, among others, came pouring over the borders, but the Romans turned them back. True, in the end, the empire did fall, but only in the West and only after 700 years. The Roman Empire in the East continued to survive.”

But when the smoke clears, who will rule over the rubble and lead the realm in the rebuilding process? Strauss thinks the Roman Empire teaches us that good emperors are rare, bad ones are common and tyrants are all too predicable. Nevertheless, while the prospect of an evil overlord such as the oppressive Cersei Lannister—or, worse, the genocidal Night King—will largely drive the final season, he believes virtue will prevail.

“In the end,” Strauss said, “the people will surely opt for a good leader like [the Roman emperor] Marcus Aurelius.” Fingers crossed. 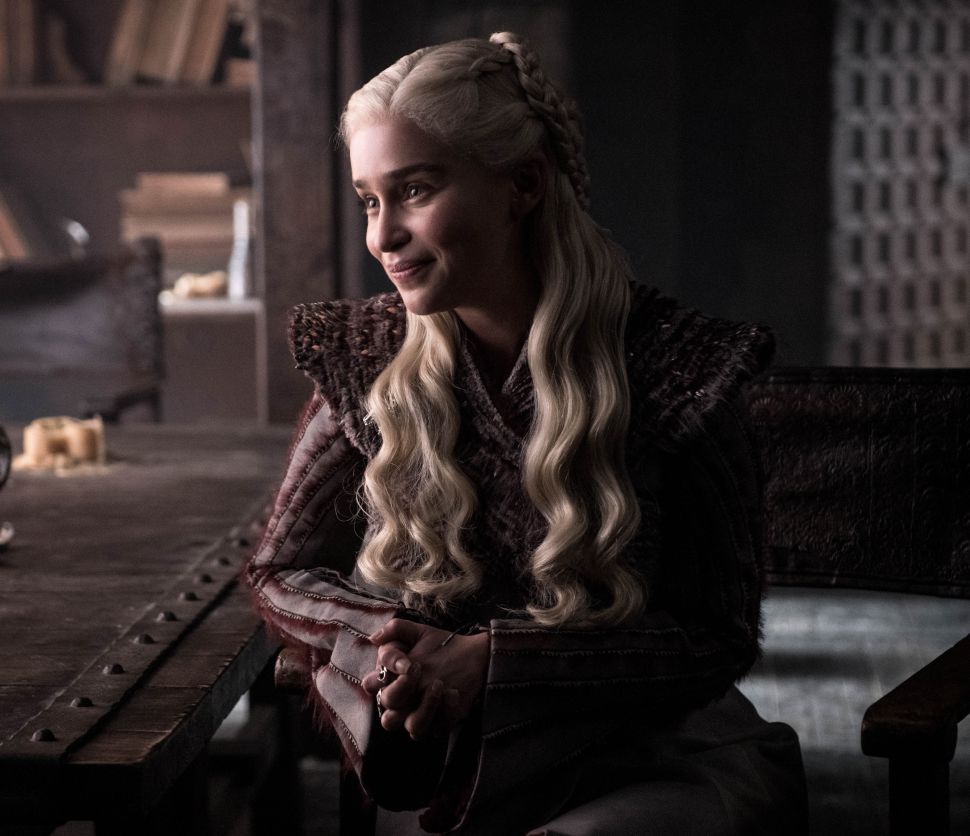