The final season of Game of Thrones is nearly upon us, but while legions of fans the world over are understandably obsessing over the drama looming between Jon and Daenerys and the conflict between the living and the dead, we want to take a step back from it all. In lieu of tackling the most dire and pressing mysteries, let’s look back throughout the course of the show at five somewhat less heralded mysteries that could potentially yield massive implications in Season 8.

Daenerys’ Visions at the House of the Undying

Way back in Season 2, Dany and Co. find themselves in Qarth, an ancient port city located at the southeastern coast of Essos. It is here where the magic-practicing warlocks of the House of the Undying discover their powers are notably improved when Dany and her three dragons are around. This being the back-stabbing, power-hungry world of Thrones, chief warlock and Jeff Sessions lookalike Pyat Pree steals the fire-breathing creatures and attempts to lock Dany up along with them.

While trapped in the House of the Undying, Dany experiences a powerful vision overflowing with potentially prophetic consequences for all of Game of Thrones.

The empty throne room of the Red Keep is covered in snow (um, Snow?), its roof is caved-in and it’s reduced to ruins. North of the Wall, Dany reunites with her dearly departed Khal Drogo and their son. Though tempted to stay, the cries of her dragons lure her back to reality. The A Song of Ice and Fire books go into far more detail here, taking on the infamous “Dragon Has Three Heads” prophecy, which further underscores the scene’s potential importance (the book’s vision also includes several accurate predictions).

If these visions are to be believed, the possibility of hope for humanity looks increasingly grim. Could Game of Thrones have shown us the ending right then and there? That said, if these visions are nothing more than fluffy filler with flare, then Thrones should be delivering an unexpected conclusion. Popular YouTuber Alt Shift X has some particularly keen insights about this topic.

Quaithe of the Shadow

Speaking of Qarth, another unanswered question that popped up there is Quaithe, a masked shadowbinder—who may or may not be Shiera Seastar, half sister of Brynden Rivers, a.k.a. the Three-Eyed Raven—who shares a few ominous conversations with Jorah Mormont. First, she warns him of the above coup without naming names because snitches get stitches. “I am no one, but she is the Mother of Dragons,” she says. “She needs true protectors now more than ever… Dragons are fire made flesh. And fire is power.”

Later, after Dany’s dragons have been whisked away, Jorah finds Quaithe again. She immediately susses out his love for the Mother of Dragons and previous betrayal, but once her concerns have been sufficiently mollified, she tells Jorah, “The thief you seek is with her now.”

But why would she help Jorah help Dany? (In the books, she provides one of the most Reddit-worthy prophecies directly to Dany herself and pops up in several of her dream-visions.) What does she know that convinces her this is the right path? What knowledge of dragons and magic does she hold? This is Thrones we’re talking about—no one just helps a stranger out of the kindness of their heart.

The show has long since surpassed the narrative of the books, but Quaithe’s power and motivation remain a significant unknown despite the crucial role they played in Dany’s development. With the forces of the world clashing against one another in the series’ climactic final season, will Quaithe resurface to deliver one final kernel of wisdom?

The Children of the Forest

The Children of the Forest are the magical beings who originally inhabited Westeros. They fought a bloody war with the First Men, leading them to create the White Walkers (whoops). But after the ice zombies grew beyond their control Prometheus-style, they formed a pact with the First Men to beat back the Night King’s initial invasion. From there, however, their population began to dwindle, and they slowly disappeared from the realm.

By the time the show opens, the Children have not been seen for thousands of years and many believe they never existed at all. But in Season 4, we meet a Child named Leaf who assists Bran, Meera, Jojen and Hodor in a battle against some nasty wights. We discover Leaf has been living with a few other Children in the cave of the Three-Eyed Raven for hundreds of years. Naturally, this championship-caliber hide-and-seek spot is beset by the Night King’s minions in Season 6, and Leaf pulls a Spike-from-Buffy self-sacrifice to help the squad escape. Presumably, the other Children died in the attack as well, though that remains unknown.

So, are the Children of the Forest officially extinct?

As magical inhabitants of Westeros, White Walker–makers, possible Wall-builders and all-around knowledgeable millennia-old creatures, they could be useful in the fight against the dead. The Legend of the Last Hero posits that someone led a group of companions beyond the Wall in search of the Children of the Forest during the Long Night, eventually reaching them and recruiting them to their cause. Dany’s dragons are seen flying in what very much looks like North-of-the-Wall territory. Could she and Jon be attempting to do the same? Are some Children of the Forest still living in exile in the vast reaches of the untapped North? Could they be communing with Bran? 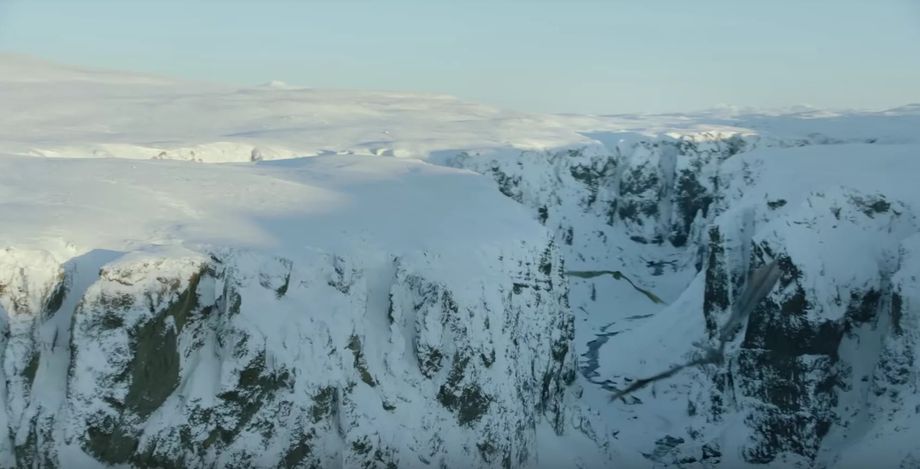 Whatever the case may be, some clarity regarding the species would be appreciated. The Ringer‘s Riley McAtee said it best: “The Children could play a poetic role in the final season, saving Westeros from the threat that they created. Their inclusion could bring the story full circle, while their exclusion would leave us asking more questions.”

Jaqen H’ghar and the Faceless Men

The Faceless Men are a religious society of assassins who worship the Many-Faced God, a god of death. They operate out of the House of Black and White, in the Free City of Braavos, and supposedly trace their origins back to the Valyrian Freehold. On the show, the, umm, face of the Faceless Men has typically been Jaqen H’ghar, who plays a key role in the development of Arya Stark from precocious tomboy to expert human pie baker and throat slitter.

But in both the show and the books, it is wholly unknown what the Faceless Men are really after. Their ultimate goal is as shrouded in mystery as Trump’s tax records. There are countless theories, of course, including one that Jaqen and Arya’s Season 1 sword-fighting instructor Syrio Forel—who also worshiped the Many-Faced God—are the same person. One thing that we do know: This death cult is capable of Winter Soldier–like destabilization, so their presence in the final season could shape the war for Westeros.

One of the most prevalent theories surrounding the Faceless Men is that they want to destroy all the magic in the world, a pretty rude umbrella goal that covers dragons and White Walkers alike. Unfortunately, the show’s final season to-do List is far too crowded to dig into this idea. Instead, we’re curious what, if any, role Jaqen H’ghar will play in the last six episodes. There’s far too much mystique surrounding this guy for him to go completely M.I.A. in the home stretch. Expect something.

Arguably no other living Thrones character casts as large of a shadow as Howland Reed despite his near permanent absence from the show. Howland, for those of you who are scratching your heads in confusion, was one of Ned Stark’s best friends and loyal bannerman. He’s the guy who saved Young Ned from a grisly demise at the hands of Ser Arthur Dayne at the Tower of Joy.

He is also the father of Meera and Jojen, who aided Bran in his quest North, and the leader of House Reed, who reside at Greywater Watch. In the show, he is the only living witness of Jon’s true parentage, a reliable source should Bran’s “Trust me, I saw it on the Tree Internet” and Sam’s “Books are cool!” cases fail to convince the masses. So, yeah, he’s basically a potential Kingmaker who holds the fate of Westeros in his hands—but that’s not all.

Howland is also rumored to have visited the Isle of Faces, where the First Men and the Children of the Forest signed their historic peace pact. Some theories suggest the Children are still there and, if that’s true, Howland could hold the key to not only Westeros, but to winning the war against the White Walkers. He just needs to, you know, show up first. 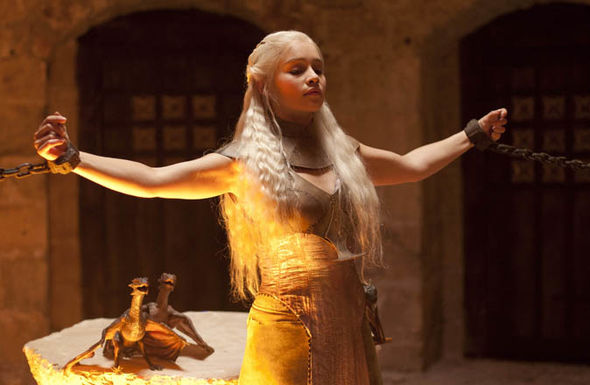