This Sunday night, HBO’s Game of Thrones begins its six-episode march to the end after nearly two years off the air. While we have many predictions, questions and theories for the first episode and beyond, we’re now left wondering just how many people might tune in to the April 14 premiere.

When accounting for delayed viewings across all platforms, the Season 7 premiere attracted 30 million U.S. viewers alone, while the season was illegally downloaded more than one billion times. You don’t need us to tell you this series is a bona fide phenomenon, but in terms of the highly coveted live-viewership number Nielsen loves to track—and which the linear industry still pays close attention to—the Season 7 finale currently holds the record for the most-watched episode of any HBO show ever, having pulled in 12.1 million viewers.

Since the series debuted in 2011, it has just kept adding more and more fans—it’s that rare show in the Peak TV era that actually grows its audience year over year. But can the Season 8 premiere, directed by David Nutter and written by Dave Hill, set a new record?

UPDATE: The Game of Thrones Season 8 premiere ratings are in.

To consider that, here are the live ratings for the show’s previous season premieres:

Aside from the viewership from Season 5 to Season 6, which dipped less than one percent, the Game of Thrones live-debut audience has grown an average of 37 percent year over year. The last new episode of GoT aired 20 months ago, easily the longest layoff in the show’s history and a massive X factor for projecting future ratings. There’s no telling whether that elapsed time cost it viewers. But if its annual growth rate holds steady and there isn’t another tiny decline, we’re looking at an opening audience of around 13.9 million.

It’s also worth noting that the average difference between a season finale and subsequent season premiere, (outside of a 1.5 percent dip from Seasons 5 to 6) roughly equates to a 16 percent spike. Following that logic and jumping from the Season 7 finale, Sunday’s episode should—again—clock in at around 14 million live viewers.

It’s understandable if you’re not quite so optimistic. Though the average year-over-year increase for five out of the six follow-up seasons worked out to 37 percent, GoT hasn’t seen a season-to-season jump of more than 27 percent since Seasons 3 and 4. Similarly, a season premiere hasn’t experienced a 15 percent-plus gain from the preceding finale since Season 5.

With that in mind, an expectation of between 11 million viewers and 13 million live viewers might be more likely. Then again, as we saw with Avengers: Infinity War—and will likely see with Avengers: Endgame—presenting the conclusion to an epic sprawling saga can yield massive numbers. We’ll know just how massive on Monday. 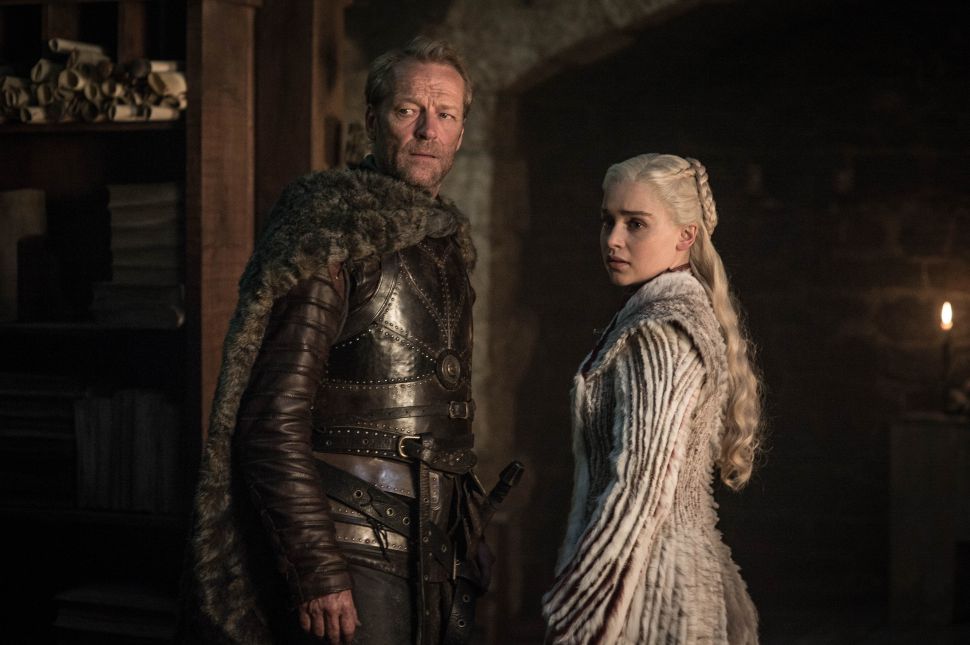