Bob Greenblatt, the new chairman of WarnerMedia Entertainment and direct-to-consumer, isn’t sold on the idea of HBO creating Game of Thrones spinoffs. And to be honest, at this point neither are we.

Though the network has yet to publicly confirm its exact plan, it is widely believed that it wants the upcoming GoT prequel—unofficially titled The Long Night by author George R.R. Martin, who worked with showrunner Jane Goldman on the premise—to become its own long-form hit series. That is why, as of now, HBO is moving forward with only one of the proposed spinoff ideas despite housing several in development.

Game of Thrones is HBO’s most popular series ever and easily the most culturally significant show of its era. If any brand could catch lightning in a bottle twice (or more), it’s the blockbuster spectacle of GoT, especially with HBO’s proven tack record of crafting megahits. But what the premium cable network should really do is turn all of its Game of Thrones spinoff concepts—five, by our last count—into one big anthology series.

The most straightforward, bottom-line reason why a GoT anthology might make more sense than a traditional long-form spinoff? Money. Season 8 will cost upwards of $90 million, which is about the cost of a superhero tentpole (Shazam! carries an $80 million budget). One reason Season 7 consisted of seven episodes while Season 8 has just six, as opposed to the traditional 10, is because of cast salaries. TV stars get paid on a per-episode basis, and the Game of Thrones cast is among the highest-paid on television. Thanks to the show’s long-running popularity, its five main stars—Emilia Clarke (Daenerys Targaryen), Kit Harington (Jon Snow), Lena Headey (Cersei Lannister), Peter Dinklage (Tyrion Lannister) and Nikolaj Coster-Waldau (Jaime Lannister)—are all earning $500,000 per episode for the final two seasons. HBO has deep pockets, but everyone has their limit.

If it restricts the GoT spinoffs to one-season anthologies with a rotating cast of actors, it would avoid the type of multi-season escalation that balloons cast salaries to enormously prohibitive heights. Such an approach would also provide more return on investment (assuming the thing is good) than a standard miniseries since it would ideally return for multiple seasons. Logistically, an anthology poses its own set of challenges, but it would be one way to keep core costs down in key departments.

In today’s era of Peak TV, a revolving-door tactic would also benefit the storytelling. Modern dramas, especially fantasy-driven epics like GoT, are high-concept, which makes it far more difficult to sustain quality and interest long-term. We saw this repeatedly in 2018 as acclaimed sophomore dramas failed to live up to the hype after their stellar rookie seasons (Westworld, The Handmaid’s Tale, Luke Cage, to name a few). Most comedies are built around character-driven humor that lends itself to repetitive familiarity and increasingly fruitful running gags. We love when Jason Mendoza name-drops Blake Bortles in The Good Place or when Jake Peralta delivers a “Title of Your Sextape” punchline in Brooklyn Nine-Nine. But serialized dramas must churn out an endless stream of attention-grabbing obstacles and twists to maintain momentum. Anthologies largely remove the threat of chewing through too much quality story too quickly—they combine the longevity television affords for character development with the faster payoff and immediacy of film.

The New York Times critic James Poniewozik tackled this idea recently when examining the second season of HBO’s Barry, writing: “Either Barry is capable of change or he’s not. If he is, that seems like material for one more very good season or two. If he’s not… then the character’s drive (you, and Barry, want him to redeem himself) is at odds with the needs of the plot (you, and the network, want the story to keep going).” You don’t want fans asking whether additional seasons are actually necessary with a project of GoT‘s magnitude.

Would it be difficult to distill the complex and often dense world of A Song of Ice and Fire into single seasons of television? Definitely. Could HBO be reserving a few Game of Thrones ideas for exclusive content on WarnerMedia’s upcoming streaming service? That’s always a possibility. But it would be a major selling point for fans if the network teased adventures based on oft-discussed moments in Martin’s history—the Doom of Valyria, the Targaryen Civil War, Aegon’s Conquest and an infinite array of other options (the upcoming spinoff is set in the Age of Heroes). These fictional events are the lifeblood of Reddit threads.

At one point, when American Horror Story, True Detective and Fargo were all jockeying for an upper-echelon position within Peak TV’s hierarchy—much like the power hungry figures of Westeros—it felt as if the medium might be on the precipice of a season-long-anthology craze. While that pivot never came to fruition, it remains a viable and tantalizing prospect, especially as HBO prepares to beef up its roster to do battle with Netflix. Sticking to the same exact format could work just fine, but offering fans a string of more manageable, contained Game of Thrones-inspired tales may be the perfect way to keep them riveted for years to come. 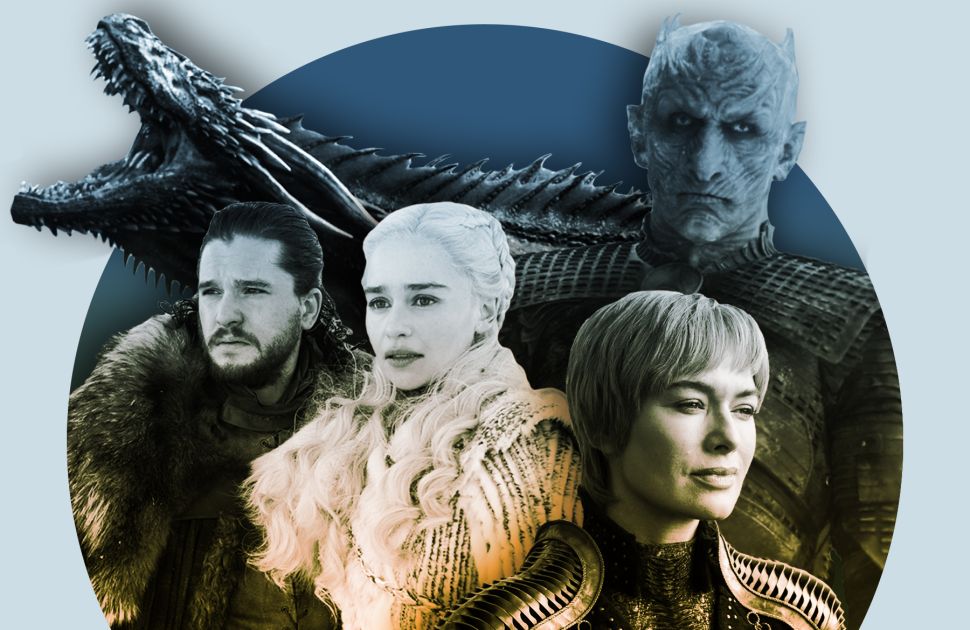