If people still don’t believe that law enforcement has been targeting elected officials in New Jersey for the last 20 years, then just consider how much taxpayer money has been spent on investigating them. George Gilmore, Ocean County Republican Chairman, is just the latest victim.

Whatever mistakes he may have made, and whatever the circumstances were that caused him to make those mistakes, they should not diminish the record of Gilmore’s significant accomplishments during his lifetime of public service.

Gilmore has been a key figure in state Republican politics for decades. In addition to finding and inspiring promising new leadership and boosting their political careers, he was a central figure in electing a Republican governor for two terms in a Democratic-leaning state. For three decades, he kept the legislative district map fair for Republicans during redistricting. He also provided guidance and mentoring to hundreds of elected officials who are leaders today in their own right.

Governmentally, the law firm of Gilmore & Monahan, which George Gilmore built, performs quality legal services in numerous municipalities, including places like Jackson, Lacey, Little Egg Harbor, Plumsted, Berkeley and Seaside Heights. Over the years, some of these towns have faced a few challenging legal issues that only a team effort of strong elected leadership with good legal advice enabled them to overcome so well.

The market rate for legal fees to municipalities in 2019 is one-half to one-third of what is charged for the same services in any for-profit market. Those who criticize George Gilmore or any other municipal attorney for the legal fees they charge are just political grandstanders. When a town gets the quality of services they get from a professional firm like Gilmore & Monahan, those who initiate such criticism about legal fees are not worth anyone’s serious attention. It’s just politics!

Ultimately, the criminal charges against Gilmore involve financial and tax issues. They have nothing to do with his role as Republican party leader or as a municipal attorney, and they should not cast any shadow on his lifetime of service and many achievements.

Rise to Power in the NJ Republican Party

Like many of New Jersey’s political elite, Gilmore was born into politics. His grandfather, J. Stanley Tunney, was a longtime mayor of Seaside Heights, which he helped build into a bustling beach town. “I always followed politics,” Gilmore said in a 2003 interview with the Asbury Park Press.

After graduating from West Virginia University, Gilmore earned his law degree from Rutgers. In 1981, he launched a law practice with partner Thomas E. Monahan. Gilmore entered Ocean County politics in 1976, helping elect Republican Michael Mathis to a seat on the Tuckerton Borough Council. One year later, Gilmore was hired as the borough’s counsel.

As the Ocean County Republican Chairman, Gilmore quickly gained a track record of delivering votes. Gilmore was “the most important Republican Party chair in the state,” according to Brigid Harrison, a professor of political science and law at Montclair State University. During his tenure, no Democrats were elected to countywide office. Among Republicans, securing the seal of approval from Gilmore was also pivotal to success.

Gilmore’s influence also extended outside of Ocean County. Any Republican running for statewide office needed to go through Ocean County and George Gilmore. In 2009, Gilmore was an early supporter of former Gov. Chris Christie. Christie’s 70,000-vote margin over Gov. Jon Corzine in Ocean County was key to Christie winning the election. Gilmore went on to serve on Christie’s transition team when he became governor. 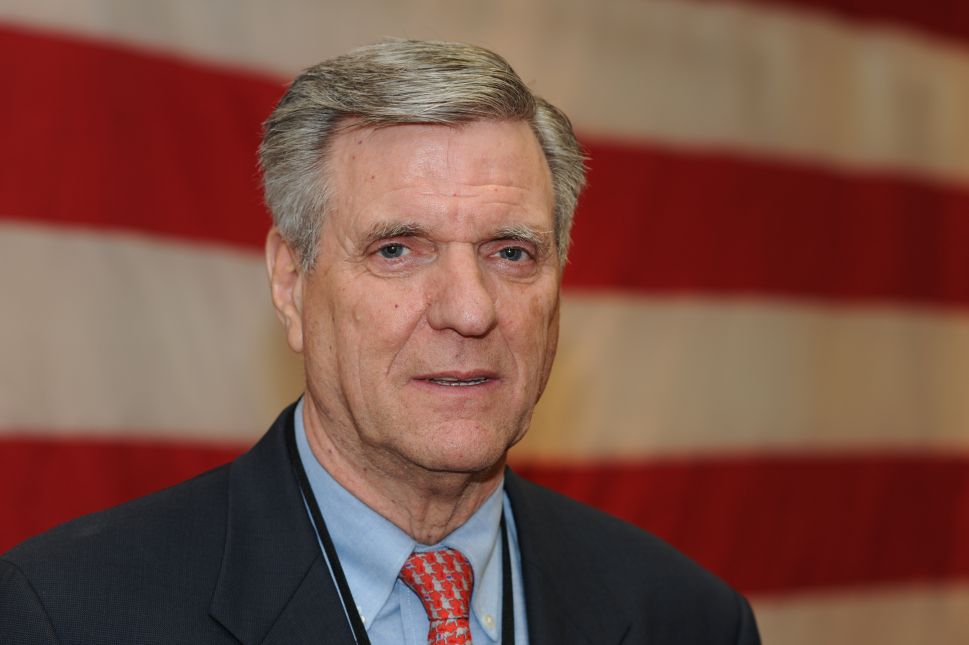