Drone deliveries are no longer tales of science fiction.

“Our service allows customers to order a range of items such as fresh food, hot coffee or over-the-counter chemist items on our mobile app, and have them delivered directly to their homes by drone in minutes,” the team at Wing announced. The company, which has been testing out its service in the country since 2014, recently gained approval by local air traffic regulators to perform deliveries.

Among the Wing app’s food, household items and over-the-counter medication is droppable gelato, delivered from a local Pure Gelato location, one of the service’s launch partners. But it’s not just perfect summer day desserts that customers are craving. The flying drones can reportedly have orders dropped off within “minutes” as one Australian customer attested during the project’s trial runs, getting sunscreen to her grandchildren in just seven minutes.

As always, when it comes to drone delivery, the aerial vehicles’ noise and safety are the main source of controversy surrounding their usage. While Google’s pilot program is still in its infancy, it does have to follow specific local policies meant to protect locals from disturbances. For example, the Wing drones cannot fly over main roads or too close to people, and will have to make deliveries during daytime hours. These will include hours of operation between 7 a.m. and 8 p.m. on weekdays.

For safety reasons, the Wing app also gives customers directions on “how to interact” with the drones while receiving goods. Drone delivery is big business for big tech, which is why companies like Google and Amazon continue to invest in them. Wing predicts that its Australian service could bring in as much as $40 million Australian dollars in revenue by 2030. The company plans to expand delivery areas in the coming weeks, with more nearby cities being added soon. 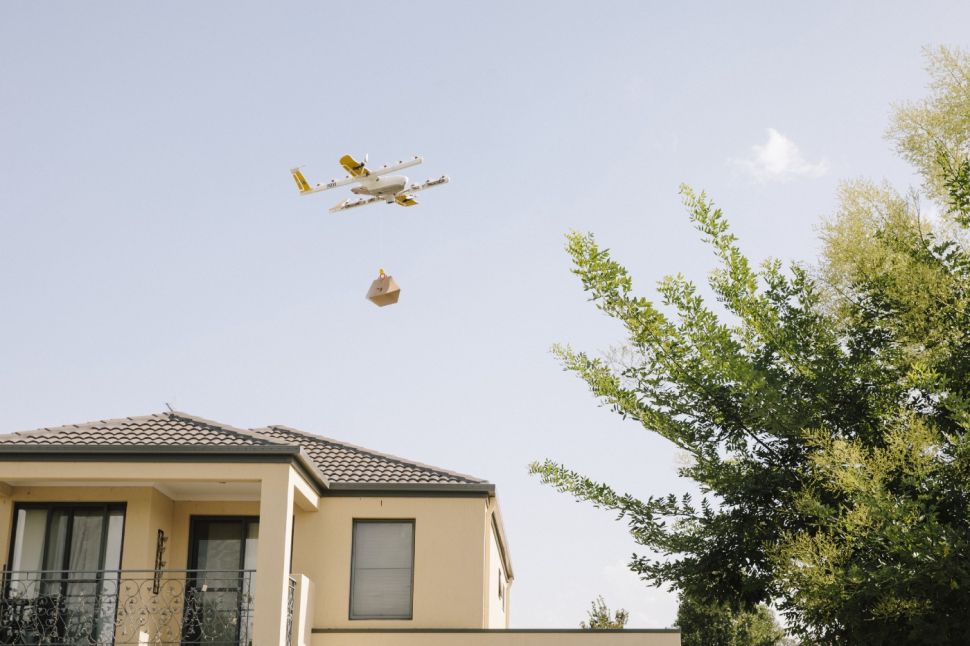