Being granted the mantle of “legend” in New York City requires qualifications with a certain amount of nuance. Sure, artists known for altering the course of art history lure millions of people to visit the city, but as a culture, New Yorkers frequently pay homage to non-traditional icons as well. For me, it’s those smaller jewels that often spark the most excitement, because it gives the city a kind of depth and brilliance it might not otherwise have. It’s one of my favorite New York qualities, and I hope it never changes.

Two current exhibitions showcasing art by women who have either disappeared or died before their time exhibit this depth. Beyond that, these shows also enrich the historical and cultural narrative of New York in the 80s and 90s. “Caroline Goe—Works From the Collection of Lynne Tillman” on view through May 4 at White Columns, for example, might be more about legend than it is even the art. Displayed like sheets of paper torn from a novel, the loosely painted compositions largely depict religious figures, but also include a large flower bowl and a Japanese woman wearing a kimono.

The compositions aren’t complicated—Goe typically sticks the subject in the middle of her surface and takes little interest in the surrounding space. Yet there’s an accomplished freshness to the paint application in which the artist depicts lighthearted figures and some surprisingly humorous narratives. For example, in one painting, the wind flips back the umbrella of a jovial woman in a plum-colored dress, pushing her towards a church made of amber-colored stone in the background. In another, a woman wearing a long mauve dress wades into a pool of to feed some ducks.

In her description of her collection and show, novelist and cultural critic Lynne Tillman explains that Goe sold her unmounted paintings on a Lower East Side street corner for a dollar a piece throughout the ’80s and early ’90s before mysteriously disappearing. No one knows what happened, but Tillman writes that she later learned other artists and writers she knew were also collecting the work. Given the context in which they were made and sold, the mere existence and survival of these works seem wholly unique to New York.

The same intellectual curiosity fueling investment in Goe’s work—that which forwards a greater understanding of the role of art in culture—surrounds that of the late video artist Gretchen Bender.  In fact, this is so much the case for Bender, that her retrospective at Red Bull Arts New York feels a bit like walking inside an artist documentary. (The show runs through July 28). In addition to showcasing nearly 30 mixed media and video artworks across two floors, curator Maxwell Wolf interspersed listening kiosks of friends, collaborators, and critics discussing the works, and nearly every wall label cites the artist or a collaborator. Bender was only 53 when she died, and it’s hard to imagine a better-researched exhibition.

Television dominates every corner of the show, just as it did ’80s and ’90s culture. No part of life went untouched, a point choreographer Bill T. Jones cements in an audio recording recalling his reluctance to incorporate video into a 1994 dance performance. The piece, Still Here, reflected on the AIDS crisis, and it was Bender who convinced him that he needed to use the medium, inscribing it with the capability of making its subjects immortal.

That wasn’t an uncommon idea at the time, but the forcefulness of Bender’s personality sticks out as unique. It’s this quality, paired with her career track, that seems uncannily relevant now.

Like today’s most successful artists, Bender juggled careers in the fine art and commercial world. Venues like Metro Pictures, The New Museum, and the Kitchen supported her early work, in which she developed a rapid style of editing later employed in music videos she produced for musicians like REM, New Order and MegaDeath.

But the artist was deeply critical of the media environment these bands circulated within, and strove towards the goal of breaking “the equivalent flow of cultural imagery in order to bring focus to some of the issues of our times.” This can be seen in simple works, where she places text like “LESBIAN AND GAY RIGHTS” and “CLASS, RACE, GENDER” over wall mounted CRT screens running TV, and in her 1987 masterwork, Total Recall, an 18-minute, 11-channel video installation that draws from the Phillip K. Dick Story, “We Can Remember it for you Wholesale.” (The piece precedes the Hollywood blockbuster Total Recall by three years.)

In this piece, 24 monitors and three projection screens jolt viewers out of what Bender sees as a collective TV-induced stupor, through a series of choreographed graphics. Static buzzes. Slow pans of General Electric logos that allude to the company’s missile development flow across screens in slow motion, only to be replaced by slowed-down shots Oliver Stone’s drama about the U.S. abetted war in Salvador. That’s just the start.

By the time the video gets into full swing, the screens look more like surveillance videos scanning bodies for any hint of rebellion. The music riffs repeat sharply before transitioning to a more celebratory tone as choreographed fireworks go off on different screens like they would in the sky.

Themes of colonialism, conquest and state propaganda course through the work, providing what, to me, read as a direct connection between the fractured media and political environment of the 1980s and the frenzied clusterfuck we currently live in.

“In this culture, people who want to hold onto power realize that they have to control memory—past present, and future,” wrote Bender in an untitled journal entry reproduced in the free catalog accompanying the show. This quote struck me as particularly relevant to New York’s cultural community, which must often push against institutional structures and collector markets uninterested in preserving anything outside of their own investment. Simultaneously, it signals a shift in context. Bender worked in a time when the medium of television made legends. Now, these legends are easily lost to a vortex of political scandals too large to track. Shows like Bender and Goe help push against that tide, and for that, I am grateful. 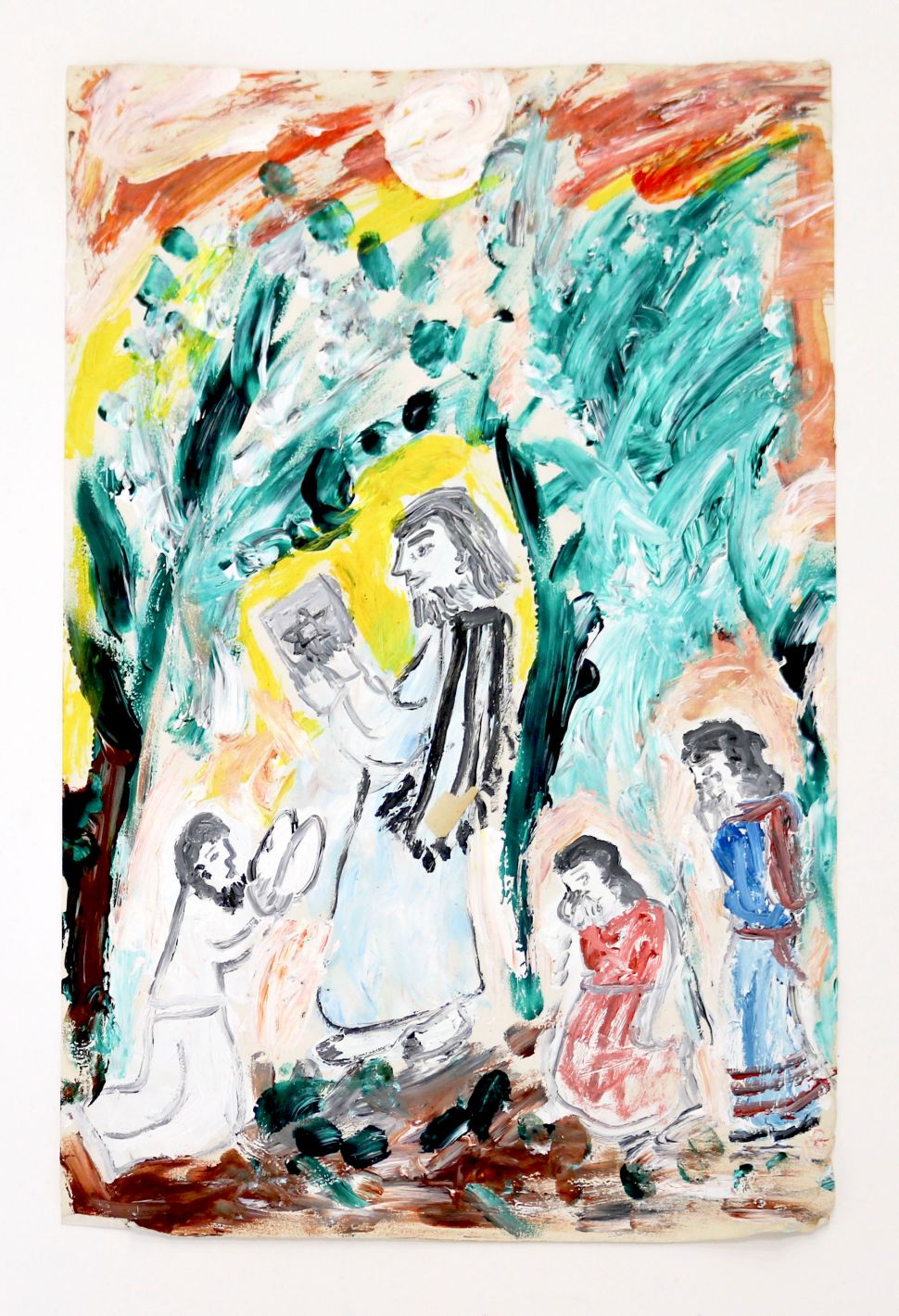