In the fickle art world, there are popular shows, and then there are the types of exhibitions that draw crowds that seem to defy the limitations of the medium. Usually when a museum smashes attendance records, it’s for an exhibition that honors a household name. Like, say, Picasso. It’s rare that a previously little-known artistic presence will create such a draw that people will feel compelled to leave their homes and actually fill a museum, stadium-style.

According to the Guggenheim Museum, just such a phenomenon has occurred. The institution has announced that their exhibition “Hilma af Klint: Paintings for the Future,” which champions the work of radical abstractionist painter Hilma af Klint, is far and away the most visited show in the museum’s history: over 600,000 people have made the trip to visit af Klint’s extraordinary creations in person, also leading to a 34 percent increase in Guggenheim memberships.

Af Klint worked to make herself deliberately obscure during her lifetime by insisting that her work be kept hidden from the public until 20 years after her death in 1944. In other words, decades before male artists championed Surrealism, Hilma af Klint invented it. Appropriately, the artist was a medium; a seer visited by otherworldly presences called the “High Masters” for whom she said she painted. Af Klint communed with these spirits with the help of a group of women called the Five, and this circle would conduct séances.

Ultimately, af Klint believed she was a conduit for a force that was larger than herself, and that her physical form was essentially a divining rod for the High Masters. With all this in mind, she made her series “The Paintings for the Temple,” which is comprised of decorations for a spiraling structure that was never built. Her work is staggering, and almost evil in its mathematically precise beauty. Lush, freeing colors are constrained by sharp lines and symbols that suggest an alien language. Like the High Masters spoke to the artist, the paintings themselves seem to speak in a sonorous rumble to their viewers, promising nothing but evoking awe. As their enclosure, the spiral-centric Guggenheim becomes the temple af Klint envisioned.

This weekend is the last weekend the paintings will be on view at the museum, so be sure to check it out if you haven’t already. The Guggenheim is extending their hours for this weekend only from 10 a.m. to 8 p.m. in celebration of the exhibition’s success. 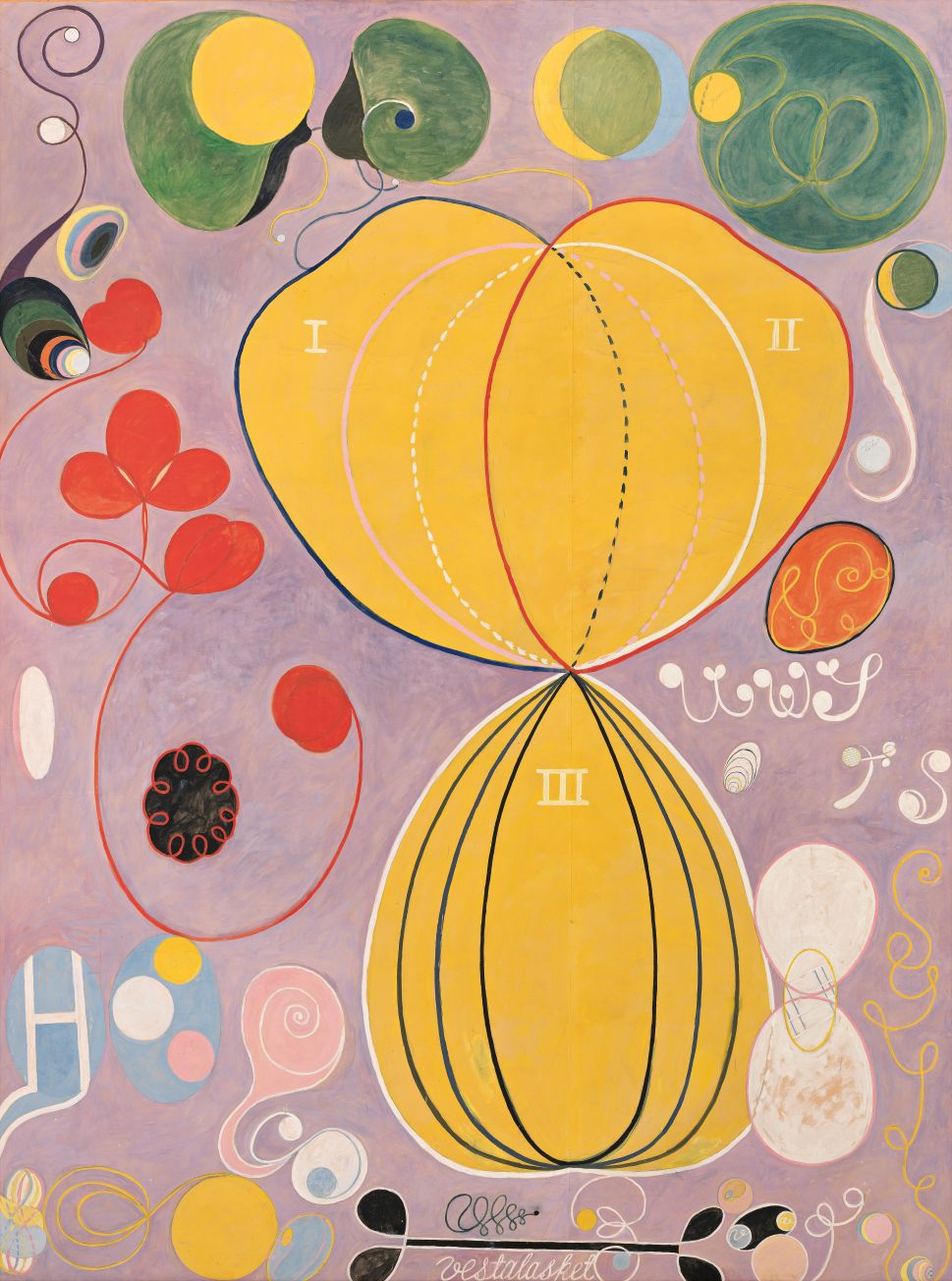