Bill Hader has rightfully been lauded for co-creating HBO’s dark comedy Barry, which follows a Los Angeles hitman trying to make a go of it as an actor. For his efforts, Hader was awarded a 2018 Emmy for Outstanding Lead Actor in a Comedy and a slew of other nominations. Similarly, Henry Winkler has drawn widespread praise—as well as an Emmy of his own—for his role as Barry’s self-involved acting instructor Gene Cousineau. However, Barry‘s greatest asset has yet to receive such adulation, and it’s a downright travesty.

Anthony Carrigan plays NoHo Hank, the affable Chechen gangster who is just as likely to offer you a warm cup of green tea as he is to shoot you. His impact on the show has been well documented across the industry, but a shocking new revelation has us absolutely gobsmacked: NoHo Hank was never supposed to survive the first episode.

In a new interview with Vulture, Hader reveals that the original script saw Hank getting killed off in the pilot, a crime of the highest order to TV lovers everywhere. But we must give credit to Hader and series co-creator Alec Berg for quickly recognizing what they had in Carrigan and expanding his role accordingly.

“Oh my God. Yeah, no, he died in the pilot. That’s what was written,” Hader said. “…And Anthony [Carrigan] was so funny that we were like, we can’t kill him. One of the first conversations Alec and I had when they picked up the series was like, ‘All right, they picked us up. We’re not killing Hank, right?’ It’s like no, no, no, no, we’ve got to figure that out. There’s no way. And then the first day of writing with our writers started off, ‘We’re not killing NoHo Hank, right? Because that guy, what a character.’ That is so much just based on what Anthony did with it.”

In hindsight, it’s difficult to envision Barry without NoHo Hank, a consistent source of levity in what can often be a bleak and dour show. His role in the second season, airing now, has grown exceedingly instrumental, and Carrigan continues to deliver big laughs. In some ways, he acts as a counterbalance to Barry, embracing the amoral aspects of his criminal path while Hader’s character struggles with the ethics of it all.

So let NoHo Hank be a lesson to all you aspiring showrunners out there: Don’t be wedded to a concrete plan. Embrace change. More important, embrace Anthony Carrigan. This guy deserves at least a hug. 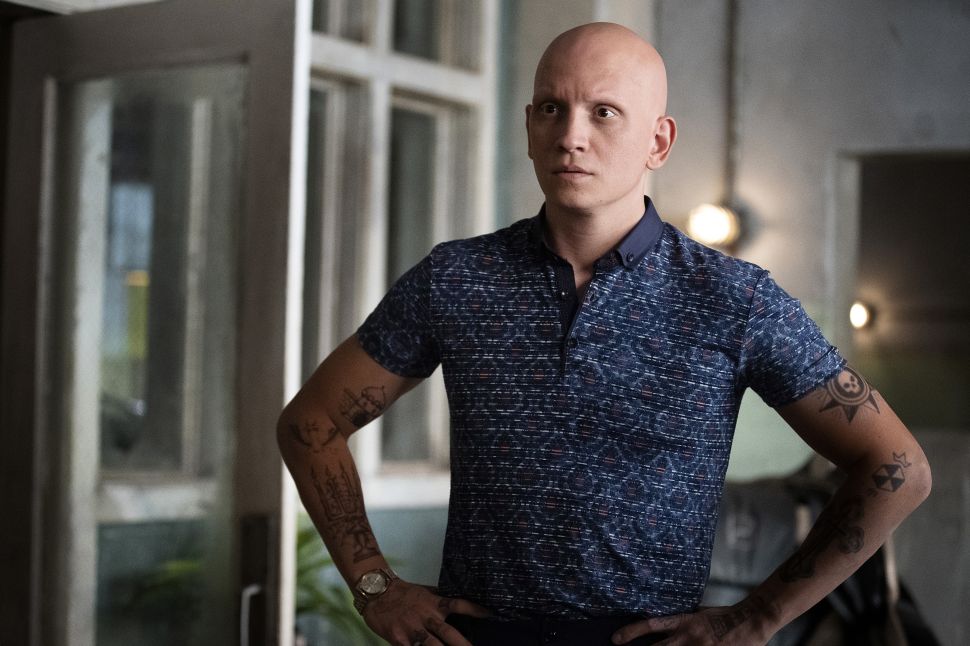