If you judged High Life simply by its log line, it could be a new Ridley Scott movie.

It follows a crew of death row inmates, lead by the sinister Dr. Dibs (Juliette Binoche, her waist-length hair more Pre-Raphaelite than Space Age), as they are sent on a doomed mission on behalf of a devastated Earth. The goal? Seemingly, it’s to harvest energy from a black hole. But the not so good doctor has other plans, and conducts fertility experiments on the entrapped crew, including the taciturn Monte (Robert Pattinson), who becomes the father of a baby despite his vain attempts to keep his bodily fluids to himself.

In practice though, Claire Denis—directing her thirteenth film and the first in English—has made a more high-minded tone poem with a genre facade. It might not be something most audiences are used to.

Rather than adhere to a traditional three-act structure or linear plot, Denis takes her storytelling cues from the black hole the film’s boxy, lo-fi spacecraft is hurtling towards. (Renowned Icelandic-Danish conceptual artist Olafur Eliasson designed the ship and its grimy interiors.) Time spins in on itself: one moment Monte casually drops the bodies of deceased crewmates into space, their lifeless forms endlessly drifting inside their space suits; the next, you see a hand drop an apple into a well. Was it a memory or a dream? Why do crewmembers keep perishing like Agatha Christie’s ten little Indians? Rather than answering questions, the director harvests riddles with every new shot, whether it is a close up of Pattinson’s haunted blue eyes or a wide shot of the pulsing nebula of space.

If this all seems quite existential, rest assured that Denis is just as interested in the physical nature of existence; indeed, few movies in recent memory are more focused on biofluids than this one. (The inmates survive and keep an on-ship Eden-like garden verdant and full of squash, thanks to a greywater recycling system.) To relieve the monotony of space travel and because sexual contact is forbidden (though there’s no one around to enforce these rules), there is a pleasure room where, in a sculptural set piece that could have been an outtake from Matthew Barney’s The Cremaster Cycle, Binoche’s doctor finds release.

Pattinson, whose post-vampire film career has introduced Twihards to the great directors of contemporary European cinema, is wonderful early on when responding to his infant costar. But it’s true that as the film continues, he seems a little lost, unable to locate the center of his character. Of the cast, only Binoche, a frequent Denis collaborator, has created a hot-blooded, fully realized character.

But matters of character and plot register less here than mood, feeling and concepts. Denis is a filmmaker who is able to make permanent the most ineffable aspects of the human experience, capturing them like fireflies in a jar. This is a film where irreconcilable contrasts—intimacy and isolation, hope and doom—don’t just share the same ship, they’re bunkmates.

And while it’s all quite confounding, it’s also singular and moving, especially once you disavow yourself of the idea that films are meant to clarify themselves as they near their conclusion. In the case of High Life, the mystery deepens with every moment you share with this film as it pushes, or rather drifts, towards some unutterable and overwhelming question…

To paraphrase T.S. Eliot, Oh, do not ask, “What is it?” The point here is the visit. 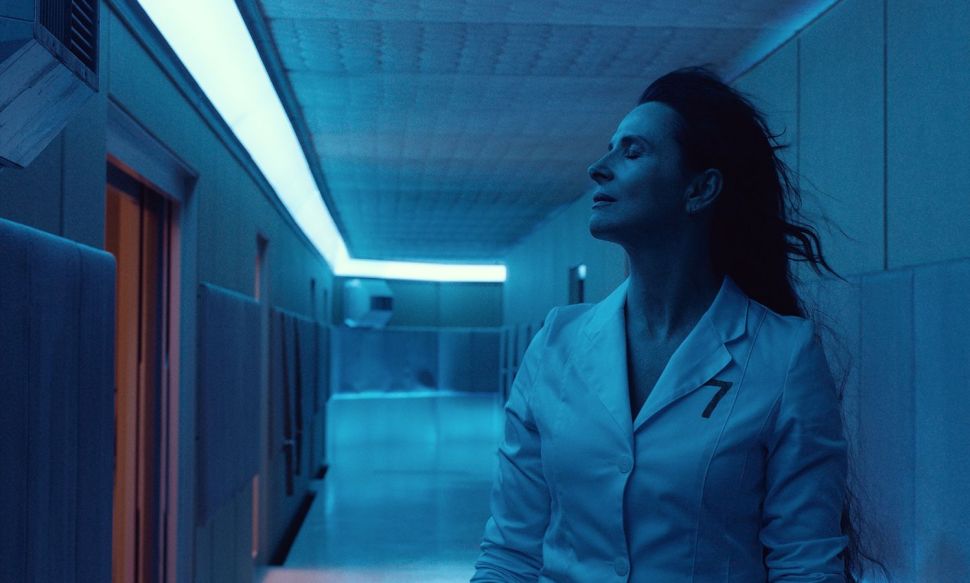