A few hours earlier, a man radicalized online walked into a California synagogue with an AR-15-style rifle, a weapon designed to kill people efficiently. For once, it did not. The attacker shot and killed a 60-year-old woman and wounded the congregation’s rabbi before fleeing, apparently because his weapon jammed, and later surrendered—alive, without further violence—to police, whom he’d called on himself.

A few weeks before he shot up the synagogue, the attacker claimed in a manifesto, posted online, that he had also attempted to burn down a mosque.

America’s president was in Wisconsin on Saturday for a campaign rally. (He was in Wisconsin because the leader of the free world’s sworn enemy, the free press, was in Washington, having the annual party that the president boycotts, part of his strategy to discredit a democratic institution.) The president was talking—repeating the word, mumbling it like a breathy mantra—in an an arena full of his supporters.

Trump was talking, of course, about the swelling crowd and its lusty cheers, barking for him and for his version and vision of America, where religiously motivated shootings following a near-identical pattern have become regular occurrences. This America did not exist before Donald Trump became president. This America, Donald Trump said on Saturday, is working just fine, “better, maybe, than it ever was.” He said this, and praised the local NFL team, whose players do not protest, before briefly addressing the synagogue shooting. Thoughts and prayers offered, pablum dispensed, he then moved on to other Donald Trump things, like smearing a black man and immigrants and foreign countries.

Islamophobia and anti-Semitism existed in America before Donald Trump was president—he used them, mostly Islamophobia but also anti-Semitism, in order to become president, and then increased the volume and frequency in office—but they did not manifest in this way, in formulaic deadly shootings—with the same regularity. Now they do.

They do because there are too many guns and because the online environment is toxic and dangerous enough to compel people to do heinous acts in the way some of us thought heavy metal music or goth scenes would because hating people who are not Christian, and doing so mostly on religious grounds, is the closest thing America has to a state religion under Donald Trump.

I'm 61, and the author of a book in part about World War 2, and never thought that at this age, I would be made to feel terrified about being a Jew in America. Mission accomplished, GOP. pic.twitter.com/9IOfGW1vO2

i love it when news outlets uncritically cover and amplify islamaphobia pic.twitter.com/KLFGH4ZwH1

A state religion is a creed officially endorsed, adopted or preferred by the government of a nation-state. You can point out that the Constitution’s framers were mostly Deists and did not intend their country’s religious orthodoxy to be a specific strain of Protestantism—and you would be right—but the United States has, for a long time, effectively been a Christian nation. The United States, academics have quantified, was “churched.”

What is in this church? George W. Bush, the born-again president, visited a mosque after 9/11 to beg for calm. The country responded; hate crimes for the most part went away. Trump has done the opposite. Under Trump, hate crimes have steadily risen. They rise in part because Donald Trump keeps inciting them. Peddling a conspiracy theory about George Soros, sharing a video about Ilhan Omar spliced with 9/11 footage—these are calculated acts designed to trigger. They have a predictable result. The president and his team know what the results are by now and continue to press the button.

Trump occasionally presents as religious. These poses are clearly and quantifiably bullshit. He doesn’t go to church, and he doesn’t know the Bible. He does post videos to his social media accounts that lead to members of Congress—who happen to be Muslim, and a woman, and a black person—receiving death threats, something he has no problem with. Whenever he does this, there is an echo repeated throughout the Republican ecosystem, in Congress, on Fox News, on Twitter. There is a call and a response, like a congregation chanting the words of their pastor.

This is likely to continue as the 2020 campaign jumps into high gear. Trump has yet to identify any policy priorities that are not nativist or xenophobic in some way. If Trump senses a threat from a Democratic candidate, or if he is faced with a crisis or some other weakness, he appears likely to return to the themes that got him here—the themes of grievance, effrontery and enemies to America. Dogma, ritual, participation. “You took back your country,” the president told the crowd on Saturday. He did not have to specify whom he meant. The shouting grew louder. 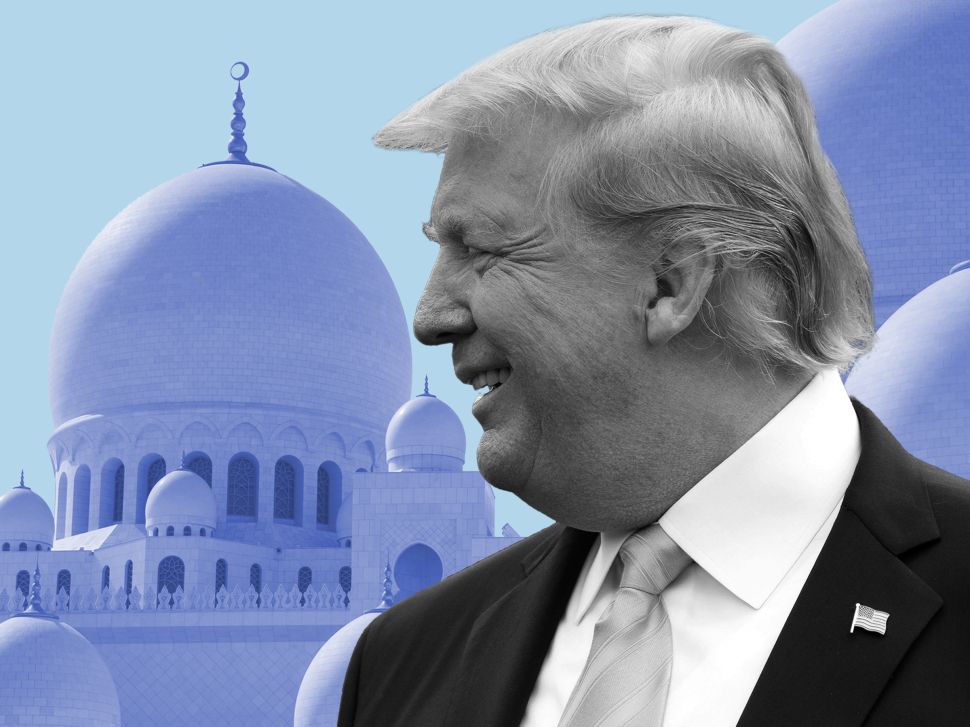