Jeff Bezos wants the Walmarts and Targets of the world to pay their workers even more than Amazon.

In a letter to shareholders filed to the U.S. Securities and Exchange Commission (SEC), the CEO made the genius move of calling out competitors to raise their minimum wage, making Amazon appear as the leader of the pack when it comes to workers’ rights.

“Today I challenge our top retail competitors (you know who you are!) to match our employee benefits and our $15 minimum wage,” Bezos wrote in the letter. “Do it! Better yet, go to $16 and throw the gauntlet back at us. It’s a kind of competition that will benefit everyone.”

While this enthusiasm is certainly welcomed—the current national minimum wage is a measly $7.25—Bezos and Amazon’s push for higher employee wages is actually a smart strategy. As an e-commerce giant, the company has long been critiqued for not passing its enormous profits onto its warehouse employees in the form of better living wages. By pointing to other retail giants (you know who you are!) to bump their employees’ pay rates, Amazon already looks like an enticing place to work for some of those workers.

Appealing to a bigger workforce is nothing new for Amazon. The tech giant set its minimum wage at $15 per hour in 2018, igniting a nationwide campaign to attract manual workers to work for the company. By continuing its crusade for industry-wide better wages, Amazon will stand to benefit from even more good publicity.

This call out also highlights the lackluster effort its brick-and-mortar competitors have put into providing their employees with better pay. Take for example, Bezos calling out Target’s current plans to pay its retail workers $13 per hour starting this summer and waiting until 2020 to match Amazon’s current $15 rate.

It’s been an overall big year for corporations raising wages after years of pressure. This week saw Bank of America raise its minimum wage to a whopping $20 per hour, a noble move by a corporation that’s already been overshadowed by Bezos, of course. Elsewhere, Costco took a cue from Amazon’s $15 magic number last month, while Walmart continues to sit at the low-end of the spectrum at $11 per hour. 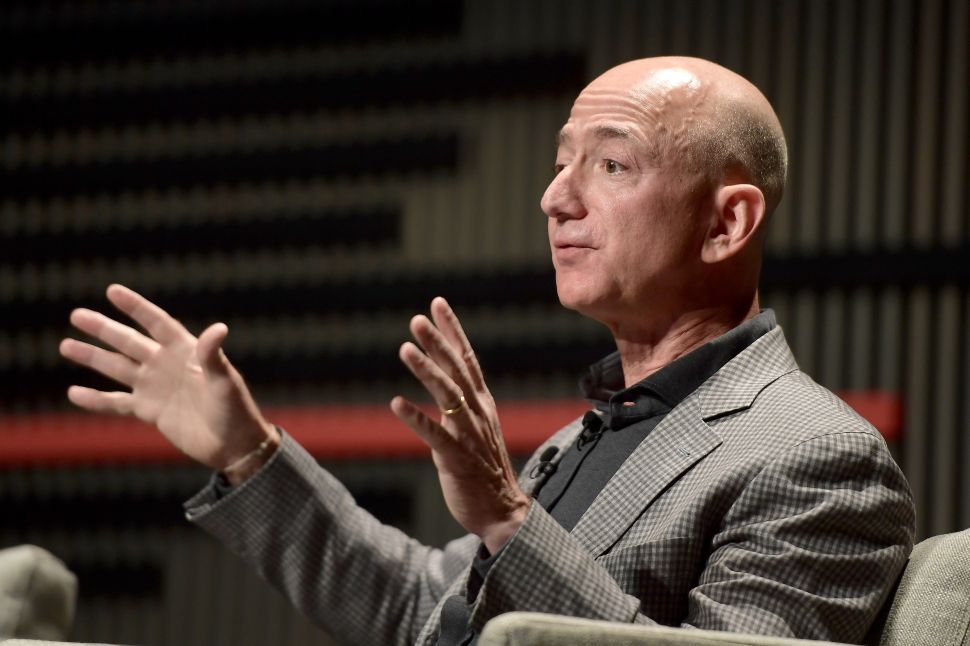