A Beverly Hills home with a serious Hollywood pedigree is officially on the market.

The house, designed by famed architect Wallace Neff, was originally built for Frederick March in 1934, and past owners include philanthropist and heiress Wallis Annenberg. Its most famous former residents, however, are Brad Pitt and Jennifer Aniston, who bought it for around $13.5 million back in 2001.

Pitt and Aniston, who were married from 2000 to 2005, embarked on a major three-year renovation of the property, which included adding wood floors that were imported from a historic French chateau, per the Wall Street Journal. The former couple sold the property in 2006 to its current owner, Jonathan Brooks. Now the estate is back on the market for a staggering $56 million.

The main house is composed of four bedroom suites and a casual 12 bathrooms.

A sprawling, airy living room on the main level is configured with multiple seating areas and a marble fireplace.

A “bar room” with pitched beamed wooden ceilings contains yet another fireplace; the space converts into a digital projector room, per the listing held by Hilton & Hyland broker Susan Smith.

The lower level contains another full bar, complete with glass-enclosed wine storage and a sitting room.

Outside, there’s a swimming pool and a full living area with a fireplace, in addition to a newly built tennis court with its very own tennis pavilion.

Aniston and Pitt have since abandoned the property, of course, though it must be hard to compete with it. Aniston made a few moves before scooping up a Bel Air mansion in 2011, which she has since renovated entirely, while Pitt has gone through a few places in the past several years, including properties he shared with his other famous ex Angelina Jolie. At the moment, however, he seems to have retreated to a home he owned in his pre-Aniston years—the actor has reportedly been staying at his longtime Craftsman-style home in Los Feliz. 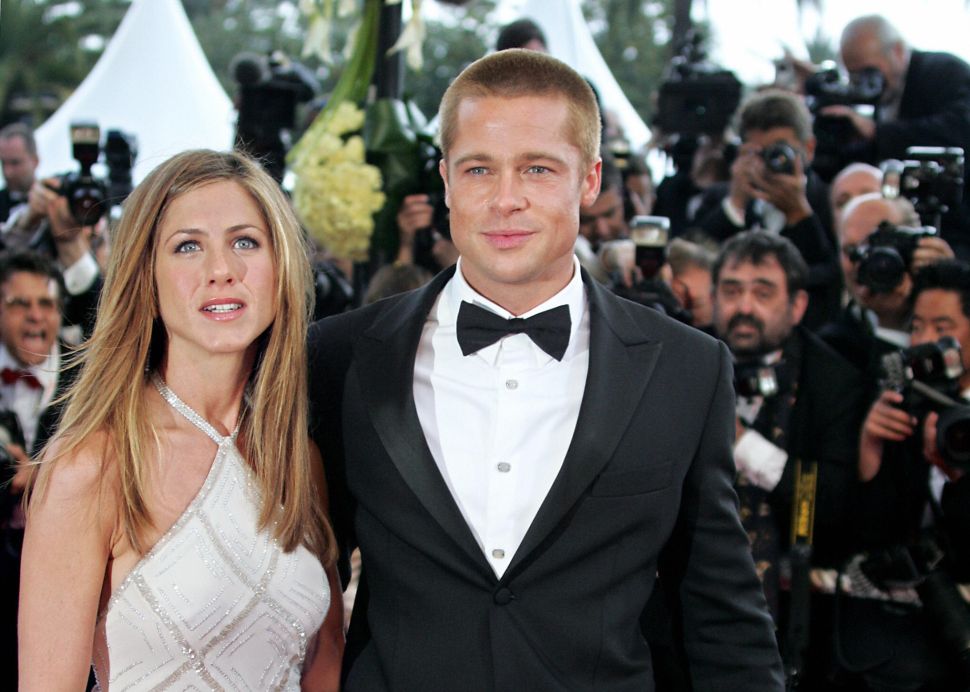