Once again, Jersey City Mayor Steve Fulop is not waiting for the state to take action. Following the murder of New Jersey native Samantha Josephson, Fulop has proposed an ordinance that would require rideshare companies like Uber and Lyft to have illuminated, identifiable signs on their cars.

Josephson, who attended college in South Carolina, was kidnapped and killed after mistakenly getting into a vehicle she thought was her Uber ride. In the wake of her death, South Carolina introduced the Samantha L. Josephson Ridesharing Safety Act. The Jersey City ordinance is modeled after the bill and similarly requires rideshare drivers to have illuminated signs on their vehicles that are provided by the rideshare company.

“These unfortunate tragedies bring to light the work that can be done on an administrative level to help keep people safe,” Fulop said in a press statement. “I encourage all rideshare users to verify the driver they requested by looking for these signs, and to ensure extra precaution, ask the driver to identify themselves using a name or a pin number.”

State law — the Transportation Network Company Safety and Regulatory Act — currently requires rideshare companies to provide identifying markers, such as logos or emblems, for their drivers to display in their vehicles. However, the stickers or signs are not always visible, particularly at night, which has prompted Jersey City to require the companies to go one step further.

According to Kimberly Wallace-Scalcione, communications director for Jersey City, the ordinance would make the existing law “more restrictive and specific with the required signage by going above and beyond what the state requires.”

Under the ordinance, the signage must be readable during daylight hours at a distance of 50 feet, no larger than eight inches wide by eight inches tall, and must be illuminated in such a way that it is patently visible in darkness.

Additionally, every rideshare company would be responsible for forwarding the name, contact information, license plate number and physical address of each driver operating out of Jersey City who has been issued a Trade Dress Beacon to the City’s Division of Commerce. The company must also notify the Division of Commerce when the driver ceases employment with the company and returns the sign. Fines for violating the ordinance would range from $500 to $2,000.

Jersey City is the first municipality to take local action to regulate how Uber and Lyft identify their vehicles. “Until now, rideshare regulations have come from the state. We’re taking charge of this issue locally, instead of waiting for others to act,” said Fulop. “We’re modeling our ordinance off South Carolina’s upcoming legislation. The idea is that the signs will be provided by the companies and returned when the driver stops working for them.”

While Fulop’s take-charge proposals have not always come to fruition (i.e. halting the prosecution of low-level marijuana offenses), they have prompted widespread public debate sufficient to create the necessary momentum to force New Jersey’s Democratic Party leadership to move beyond their internal political stalemate and compromise on comparable state legislation. 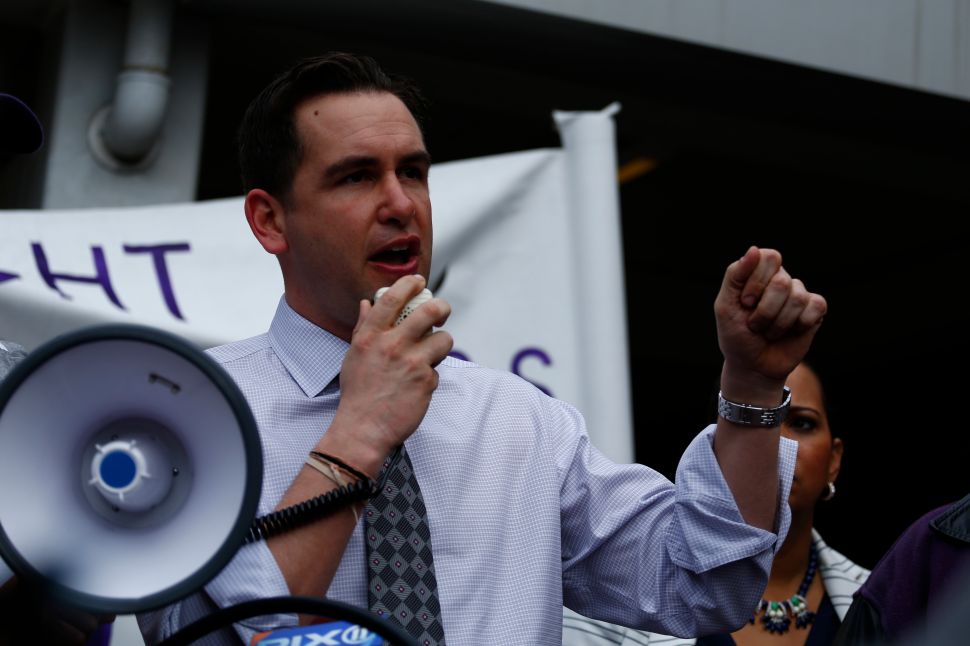