Most Americans were caught off-guard by news that former Vice President Joe Biden had unwanted contact with several women over the last several years. While Biden believes that he has done nothing wrong, and many contemporary politicians don’t feel the need to say the word sorry, he needs to apologize soon, and do so sincerely. Failure to do so quickly and effectively, while continuing to joke about the incidents, could cost him the 2020 Democratic presidential nomination.

Here’s what happened, according to Matthew Yglesias. “A former Nevada state legislator named Lucy Flores wrote a personal essay published by New York magazine, in which she described an encounter with Biden at a 2014 campaign event. Flores says the then-vice president came up behind her, touched her shoulders and kissed the back of her head. The behavior, she says, wasn’t criminal, but it made her feel uncomfortable. Amy Lappos, a former congressional aide who recalls Biden rubbing noses with her at a 2009 fundraiser, similarly says the incident “wasn’t sexual” but also that there was “absolutely a line of decency” and “a line of respect” that Biden crossed. Last week, two more women came forward to The New York Times with similar stories in which they described Joe Biden “made them uncomfortable.”

While few felt that Biden should pass on the 2020 race because of that contact (and he even picked up a little support from Republicans like Susan Collins, Lindsey Graham and Meghan McCain on the matter), Biden has failed to apologize for his actions. Moreover, he has joked about the matter, saying that he “had permission” to hug one of the organizers of the speech.  In an interview afterwards, he even said he wasn’t sorry for his actions, claiming he had never intentionally been disrespectful to anyone.

That may be true, but in today’s #MeToo era with bad behavior in Hollywood and in politics, in business and throughout society, it’s just one more case in which women have felt unwelcome attention and uneven treatment. If Biden wants to be the Democratic nominee, leading a party dominated by women and progressives, and prevail in the general election, he can’t act like many other politicians in Washington, D.C.

The Non-Apology Strategy in Washington

The new trend for politicians is to “never apologize,” because it is believed that it never works.  “The basic belief is that you never actually get ‘credit’—from the Left, the media, political opponents, etc.—for apologizing, so why do it?” writes Jonathan Swan from Axios, citing sources from the Trump administration.

“The normal rules of social behavior don’t always translate to politics,” writes Scott Adams, the creator of the “Dilbert” comic strip in The New York Post. “When politicians apologize, it can sometimes make things worse.”  He goes on to write of Trump, “he avoids apologizing for any kind of error or misstep. Is that a good strategy for a president? Generally, no. But in the special case of President Trump, he makes it work. I’ll tell you how… So what does the Non-Apologizer-in-Chief do instead of apologizing? He creates an unending stream of provocations so the pundits always have something new to jabber about. The press can’t spend much time on the old outrages when new things are coming at them like lawn furniture in a hurricane. The functional purpose of a political apology is to persuade the public to stop thinking about the underlying offense. President Trump accomplishes the same thing by flooding the field with so much provocation that you can’t spend much time thinking about any single affront.”

If anyone thinks that Biden can win the fall contest, or even his own party’s nomination, with such a strategy, he or she should invest in the potential purchases of several New York bridges, not just the Brooklyn one.

The Value of an Apology

But should Biden apologize, rather than offer a defiant distracting provocation?

“An apology, no matter how sincere or effective, does not and cannot undo what has been done,” writes Nicholas Tavuchis in his book Mea Culpa: A Sociology of Apology and Reconciliation. “And yet, in a mysterious way, and according to its own logic, this is precisely what it manages to do. In this regard, [Ex-British Prime Minister Benjamin] Disraeli astutely and pointedly reminds us that ‘apologies only account for that which they do not alter.'”

Research from David De Cremer, Madan M. Pillutla, and Chris Reinders Folmer in Psychological Science suggest that people tend to overestimate how much they value apologies, rating how they imagined the apology would go better than what happens in reality. Simply put, words of regret don’t always work.

Why is that? “Although high-quality apologies are extremely effective at promoting reconciliation, transgressors often choose to offer a perfunctory apology, withhold an apology, or respond defensively to the victim,” explains Karina Schumann in her article in Current Directions in Psychological Science. She identifies “three major barriers to offering high-quality apologies: (a) low concern for the victim or relationship, (b) perceived threat to the transgressor’s self-image, and (c) perceived apology ineffectiveness.”

Only a high-quality apology is capable of saving the Biden campaign from itself, yet the Democratic Party front-runner seems to be both withholding an apology and responding defensively to the victim, a strategy as debilitating as the original unwanted action. As a result, his actions are falling into the three barriers to effective remorse that Schumann noted.  Whether he thinks he’s guilty or not, his defensive reactions and tone-deaf jokes trying to make light of the situation make him more likely to appear as though he’s in the wrong.

But with the high-quality apology, Tavuchis found that saying you’re sorry can work. “Although some tension may remain—we are, after all, creatures endowed with the faculty of memory—for all practical purposes, the social slate is wiped clean.” And that’s just what the presumptive Democratic nominee needs right now. 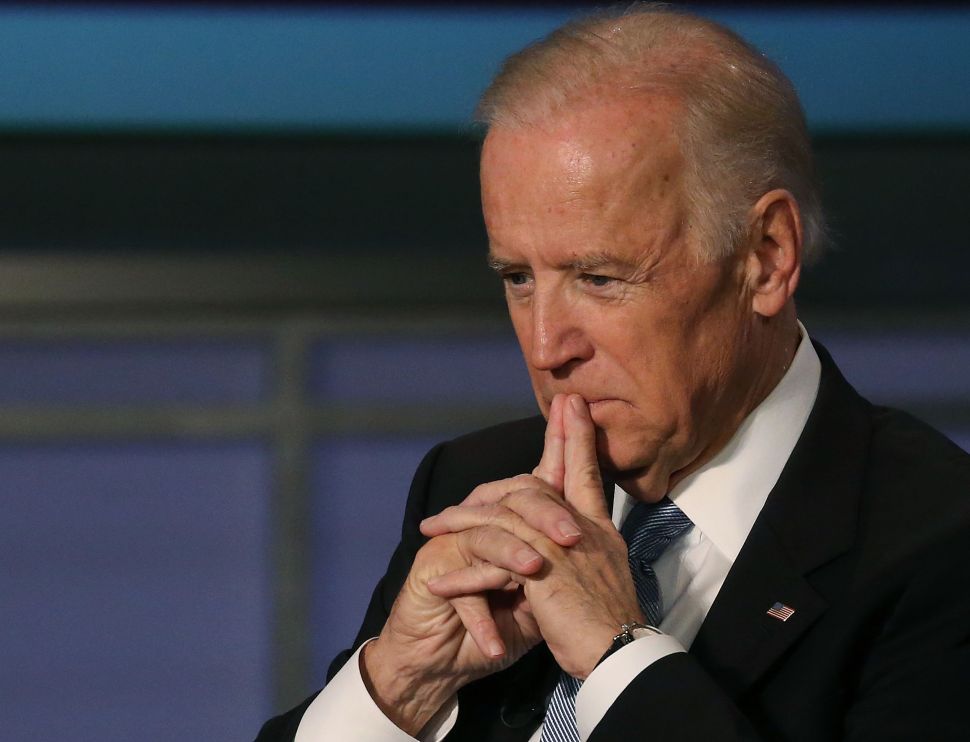