“Today, we proudly proclaim for all to hear: the Monroe Doctrine is alive and well,” Bolton told the Bay of Pigs veterans group in Miami.

First issued in 1823, the policy dictates that the U.S. will not tolerate foreign invasions in the Western Hemisphere. The doctrine’s meaning has taken on its own imperialist tone, however, as presidents have used it to justify intervening in the affairs of neighboring countries. Former President Theodore Roosevelt said it was the responsibility of the U.S. to establish governments in Latin America that would maintain “order within their boundaries and behave with a just regard for their obligations toward outsiders.” While efforts were made by later presidents to distance the Monroe Doctrine’s legacy from Roosevelt’s “big stick” policy for Latin America, Ronald Reagan used the policy as a precursor for military action in order to prevent the spread of Marxism.

Invoking Cold War era language, Bolton warned that “the twilight of socialism has arrived in our hemisphere.”

“We will need your help in the days ahead. We must all reject the forces of communism and socialism in this hemisphere—and in this country,” said President Donald Trump’s advisor. 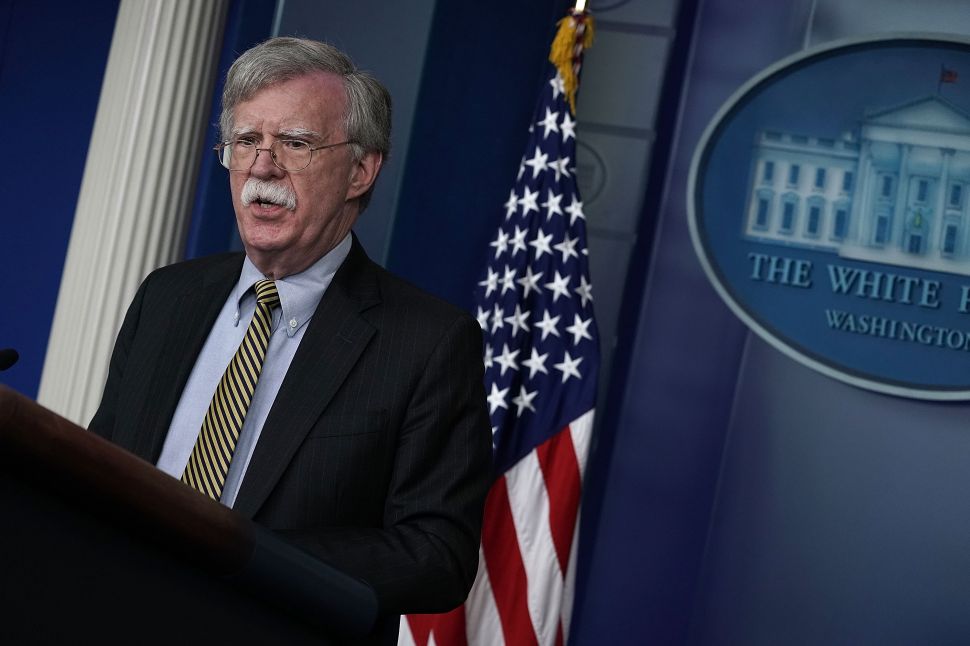