If you were to create a genre calculated for maximum fan-girl impact, you couldn’t do much better than the podcast musical. And that is what John Cameron Mitchell is doing. The Broadway veteran knows a thing or two about attracting legions of disciples through rousing songs and whip-smart lyrics: He co-wrote and originated the title role in the cult hit Hedwig and the Angry Inch, an explosive and trailblazing show for which the term “achingly beautiful” was seemingly invented.

Some 20 years after playing Hedwig, Mitchell is unveiling Anthem: Homunculus, an original musical performed as a podcast over 10 episodes. It centers on a middle-aged gay man who is living in a Kansas trailer park and suffering the effects of a brain tumor because he’s unable to afford health insurance. He launches an online radio “tumor telethon” to pay for treatment and is occasionally beset by visions of family members and figures from his past. Some of them are played by Broadway megastars who warble Hedwig-catchy songs inspired by various genres.

Despite—or perhaps because of—the novelty of the project, Mitchell was able to enlist a slew of celebrity Hedwig superfans for the project: Glenn Close, Patti LuPone, Justin Bond, Laurie Anderson and Marion Cotillard, to name a few. Anthem, produced by Topic, is now available on the new Luminary app, with additional seasons planned; each will have a different setting, à la American Horror Story. Observer recently chatted with Mitchell about podcasts’ unlikely appeal, writing his script in William S. Burroughs’ house and making Glenn Close come.

Observer: So when and how did you think, Podcast musical! This is something that needs to happen!?
Mitchell: It started out as a possible Hedwig sequel. But her story had so much baggage. This is really more of an alternative autobiography: What would I be like if I hadn’t left my small town? A dangerous liberal shut-in. It also brings up a lot of family stuff that I wanted to examine, in terms of loss and religion. I originally wrote it as a TV series, but it was just too weird for any of the TV networks. They didn’t know what genre it was.

So when the TV networks turned it down, a wonderful company called First Look Media—which does films like Spotlight and podcasts like Missing Richard Simmons—said, “Let’s make a groundbreaking podcast—something with the density of a TV show and the narrative structure of a musical, but for audio. In a way, it was like adapting the ongoing radio serials of the ’30s. It was incredible luck, the way it was made. I’m actually much happier than if we’d done it as a TV series, because we had freedom. We could have actors do their entire season in three days. We could have Glenn Close or Patti LuPone fix a line on their iPhones and text it to me, and I could put it right in the mix. It’s a great way to work.

Why are podcasts are so hot right now? We’re so overwhelmed with the news of the day, you’d think we’d want complete escapism. But everybody is getting into podcasts, which are often intense and heavy.
I think part of it is the overload of our other senses. Our visual sense is definitely overloaded with screens. People are realizing there’s something wonderful about not using all your senses at once and using a bit of imagination to visualize. Podcasts also feel less interactive. I’m exhausted by interactivity, to be honest. I didn’t watch the Black Mirror interactive episode. Just tell me the story you’ve worked on! I trust you—I don’t need to tell you the ending!

There’s certainly no barrier to entry anymore.
It’s very economically doable for someone to get a cheap mic. Mine was $75. All last year, I was traveling the world with my own little mic and fixing my lines. In my bedroom, with a towel over my head, working on better sound. The making-of pictures are so boring. It’s just me with a towel on my head.

How long did this take you to write?
We wrote it over a couple of years. It took a year and a half to record, edit and mix—about the same as a big TV series.

Did you do research?
Everyone is generally based on someone I knew. I went back to my old house in Junction City, Kansas. I went to my high school reunion for the first time—35 years.

You’re a braver man than I.
Well, it was a very small school. There were 15 graduating students and six of them showed up. It was six of us at the Applebee’s. Two of them were my ex-girlfriends. One is now a lesbian, and one went into the Navy. Most of them actually appear in the piece in a certain form.

Also, on that trip I knocked on the door of William Burroughs’ house in Lawrence, Kansas. When I grew up, he was like this unreachable icon of queerness. So I went and knocked on the door, and the caretaker looked at me skeptically. I said, “I may be writing a musical that takes place on this porch.” I envisioned the lead character living in Burroughs’ house. And he’s like, “I haven’t heard that one before.” So James Grauerholz, who was Burroughs’ partner, invited us to write our first draft at the house. I wrote the script out in the garden, and Bryan [Weller, Mitchell’s co-writer] wrote music demos in the house, looking at the bullet hole in the ceiling that Burroughs shot up. It was very inspiring to be there. We did eight songs in 12 hours. Two of them actually ended up in the musical. So I co-wrote the songs with a musical genius.

How did Patti LuPone and Glenn Close get involved?
Well, they were huge Hedwig fans. I think Glenn came 10 times Off Broadway. I made Glenn Close come 10 times.

We’ll use that as a pull quote.
I wanted her to play my mom. My mom wanted Angela Lansbury. My mom is difficult. Glenn, Patti and other friends or acquaintances were just thrilled to work on something new. Glenn gets to sing a punk song. We wrote jazz songs for Patti. Laurie Anderson plays my tumor, and Marianne Cotillard plays my doctor.

How did you orchestrate the scheduling?
We recorded Marianne remotely in France. This is a new form. It’s cheap; people can make them at home. But I’m encouraging people to make more ambitious ones. I think of it as a cinema of the mind.

Why did you give your protagonist a brain tumor? Why did you want to explore mortality?
I’ve been hustling to raise money for my mom’s health care for Alzheimer’s over the last few years. I mentioned it to my foreign relatives, who were shocked: “What? You have to pay for that?” I remember Karen Black crowdfunding her cancer treatment; I couldn’t believe it. So there was a certain amount of outrage. But there’s also the beautiful dramatic thing, for better or worse, that happens when you’re facing your mortality. Your life flashes before your eyes. I always wanted to write a piece about the second half of life.

Hedwig is the first half, which is, “Who am I? How do I define myself? How do I love, and how can I be loved?” The second half is, “What do I do with the time I have left, this precious time? How do I forgive? How do I die well?” I believe art can be a tool to help you die well, which implies live well. It puts things in place. My favorite filmmaker was Cassavetes, and he always started a film at the beginning point of someone about to crack, the beginning of a nervous breakdown. What’s more nerve-wracking than facing your end?

What’s the next season of Anthem look like? Will you write it?
I want it to have different writers every season. So we’ll just be the overseers for other seasons. I’m going to encourage other people to make their musicals under our banner, which is Luminary, a visionary podcast network. They want it to be the Netflix of podcasts and finance higher-budget podcasts that are daring and push the form. I would love to be a facilitator for people making audio drama. I find that much more relaxing. There’s less money to worry about. 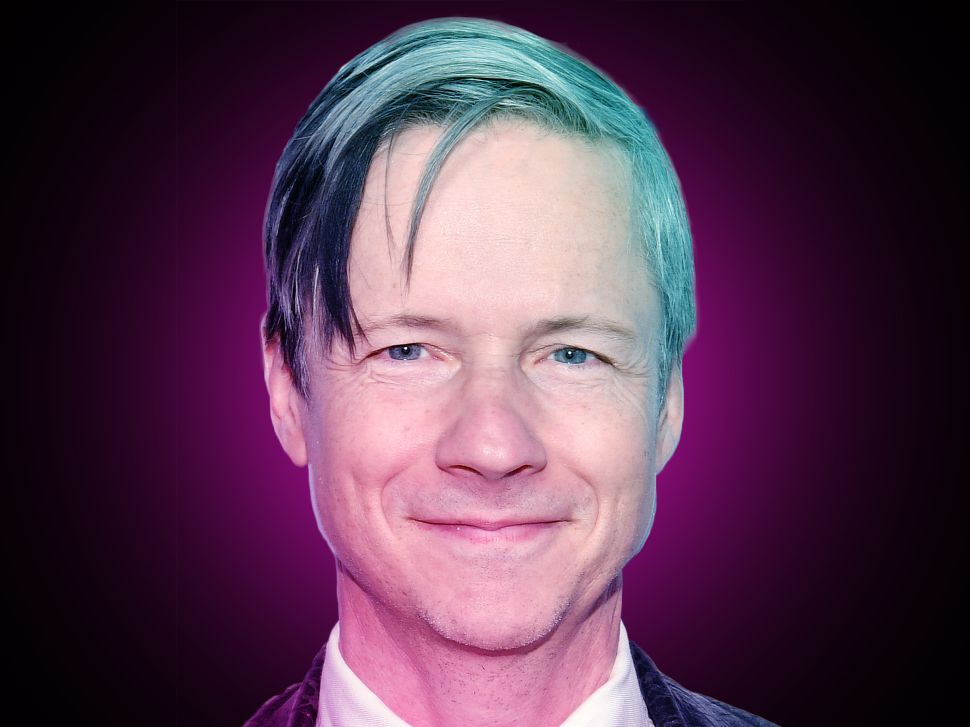