It’s been a while since a horror filmmaker has transfixed audiences the way Jordan Peele has—we’re talking everyone from die-hard genre fans and rom-com enthusiasts to self-proclaimed fraidy-cats who claim they “hate” horror. His incisive recent contributions Get Out, Us and the CBS All Access reboot of The Twilight Zone—which offer everything from frightening jump scares to creepy music scores—have become must-see events even for viewers who have to watch them through the cracks between their fingers.

The reason for their popularity at least partly stems from the fact that this is the first time in years we’ve seen a black visionary become the face of a genre that’s been sorely lacking in representation. But what’s more fascinating is that this producer-filmmaker has cultivated a newly intrigued group of disciples on the basis that they are hungrier than ever to dissect and interrogate something far more sinister than the supernatural: reality. And that is Peele’s specialty.

It gives the auteur a particular authority as the latest narrator of creator Rod Serling’s classic sci-fi series, The Twilight Zone, which centers an oddly familiar dimension filled with contemptuous characters who must reckon with their fates in mystifying ways. Peele tackles moral crimes like the ones Serling confronted throughout the original show, which reflected a post-WWII era at the height of the civil rights movement, but brings them into urgent focus for a modern audience. Kumail Nanjiani stars as a comedian who resorts to cheap jokes and trolling his enemies on the Internet to gain success in the first episode, “The Comedian.” Adam Scott is an investigative journalist recovering from therapy who uses his version of the truth to dehumanize strangers on board his flight in “Nightmare at 30,000 Feet.” And in “Replay,” Sanaa Lathan plays a mother struggling to come to terms with her son’s imminent death at the hands of the police, which she sees through a camcorder that records events moments into the future. Like Serling, Peele doesn’t shy away from presenting pressing topical issues—police brutality, cyberbullying, fake news—to highlight a core truth of humanity: that we can be absolutely horrifying.

Peele’s appeal among so many different audiences has helped fuel a debate over the horror genre itself, especially among the recently converted. Is it “horror” if it engages you with urgent subject matter like racism (which he addresses in Get Out), hypocrisy (Us) or that purgatory-like zone for the morally corrupt (better known as The Twilight Zone)? Yes, yes and unfortunately so. Peele has never tried to hide the fact that he’s gnawing at the problems that plague us most. Discussing the impetus behind Get Out with The New York Times, he said, “I wanted to make a film that acknowledges neglect and inaction in the face of the real race monster.”

This makes sense, given the horror universe he’s reimagined in his own style to grapple with what he considers today’s gravest concerns. Peele told Essence, “I’ve dedicated a lot of myself to creating a new horror mythology and a new monster. I think that monsters and stories about monsters are one of the best ways of getting at deeper truths and facing our fears as a society.”

People have been desperate to give what he’s doing another name, often using qualifiers like “elevated horror” or “post-horror” or some other made-up classification to understand how Peele incited them to appreciate a genre they previously disregarded or sneered at. But the fact is, horror has always interrogated awful truths about the way we live and challenged the status quo. In 1968, Night of the Living Dead gave us a black male hero (Duane Jones) who fought back against an all-white zombie mob, only to be shot by the police and tossed into a pile of corpses and set on fire by the film’s end. The Exorcist ultimately sacrificed a priest (Jason Miller) who was losing his faith. Scream highlighted white suburban teens in the age of MTV who’ve become so desensitized to violence that they succumb to it. Meanwhile, last year’s Hereditary explored how grief and mental illness can devastate an entire family. Despite it often being considered nothing more than gimmicky popcorn entertainment that hinges on its shock value, horror—at least the smart kind—has long demanded our attention, compelling us to stop looking through those fingers and to open our eyes.

What’s different now is that Peele’s contributions like Us, in which the protagonists are interchangeable with the villains, and Get Out, which reveals how quickly people we’ve long considered our allies can turn into our oppressors, tap into specific concerns that people across all backgrounds and interests are discussing around the clock in a global forum triggered by a 24-hour news cycle that continues to remind us that everything is trash all the time—from White House politics to the prevalence of racism and how quickly even our idols can disappoint us. Peele has actually been narrating our darkest fears, or perhaps our impending demise, on screen this whole time. He’s made us see that we’ve collectively been living in the same horror movie called Real Life, and it’s been inescapable.

This gives Peele’s take on The Twilight Zone an eerie relevance 55 years after the original series ended. It’s why when the enigmatic Steven Yeun walks into a police station filled with mostly white locals in a conservative Alaska town in the episode “A Traveler,” you feel an immediate chill despite his confidence. Or why when the haunting Tracy Morgan slides up next to Nanjiani in a bar in “The Comedian” and suggests that he sacrifice his political consciousness because “the audience doesn’t care about what you think,” you worry whether immorality really does have a price.

The resonance of Peele’s iteration underscores the urgent reality of new horrors in a social media era that simultaneously birthed Black Lives Matter and relentless trolling. With The Twilight Zone, Peele gives us the opportunity to see ourselves as we actually are, how we’re hurting each other and ourselves, and urges us to do better. As engaging as the series is, it also serves as an unsettling reflection of our troubled times—one that can no longer be ignored. 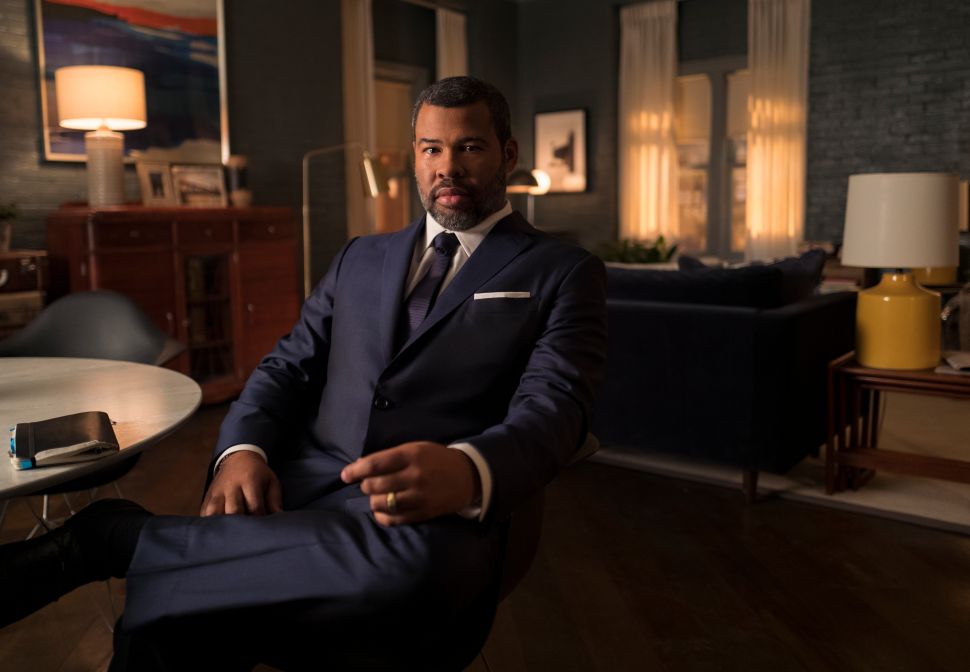