Another bizarre true story that doesn’t register as distantly believable on film, J.T. LeRoy is a movie about Laura Albert (played by the extraordinary Laura Dern), who perpetrated a literary hoax by writing salacious sex novels under the pseudonym JT LeRoy (the JT stands for Jeremiah Terminator) in the first-person voice of a teenage boy turned female impersonator and male prostitute who hustled tricks in roadside truck stops. The books became a sensation, recounting JT’s hair-raising memories of childhood poverty, sexual abuse and drug addiction before he became a famous published author of accidental best-selling trash.

They beguiled avid readers for years until the world demanded to see LeRoy in person. That’s when Laura and her husband, Geoffrey (played here by Jim Sturgess), who spend their spare time running an atrocious rock band called Twist and Scream, enlist the services of Geoffrey’s androgynous hippie sister Savannah (a strangely colorless Kristen Stewart), bring her to Brooklyn from San Francisco and coach her to go on the road pretending to be the real JT. The movie is about the lie, how it grew, how it was finally exposed and the people who drove it to heights of literary pretentiousness.

When one of Laura’s fictional books is turned into a movie, Savannah goes off the tracks playing two genders and has an affair with the lesbian actress-director (Diane Kruger) who plays her mother in the film and forgets whether she’s sleeping with a woman or a man. Laura, meanwhile, plays both the fake JT as well as his/her British agent “Speedie.” By the end, the audience is too confused to care, and a sordid tale turns patently ridiculous.

The movie is not particularly well directed by Justin Kelly (a protégé of Gus Van Sant), and his screenplay (co-written with the real Savannah) has the toxic naturalism of a drag revue. Dern is never less than fascinating, even in Gothic raspberry wigs, and does everything possible to bring a sense of human urgency to an unconventional dual role, but the film deserts her midway.

To make matters worse, Stewart mumbles her way through it in a state of near catatonia. She’s a woman too old and too worldly to ever be mistaken for a teenage boy, and fails to convince in either persona. Believe it or not, J.T. LeRoy is a story too far out to be so boring. 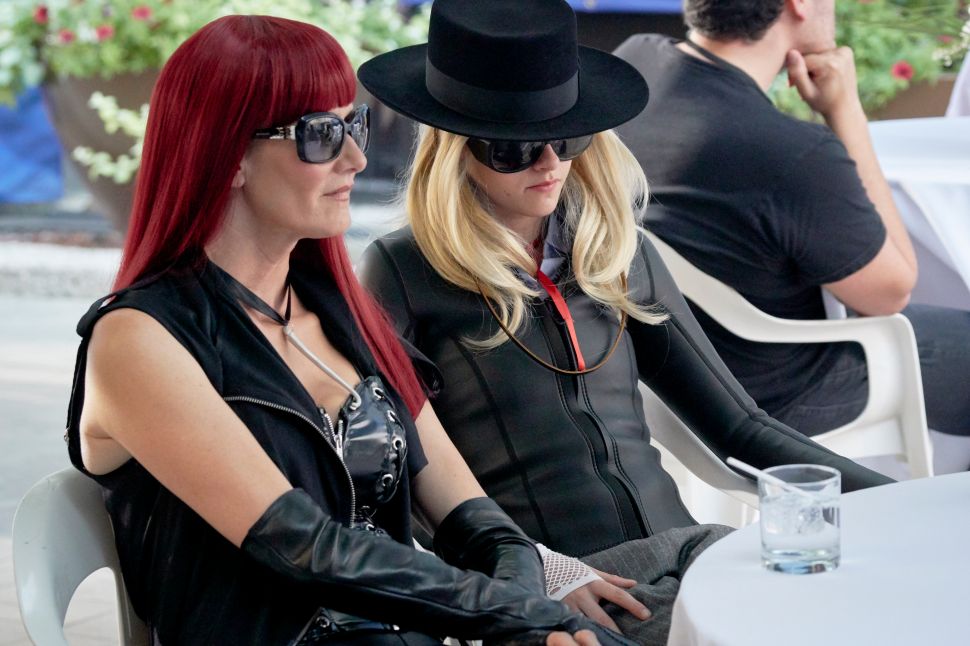