Ever the controversial antihero, Julian Assange’s arrest has elicited mixed reactions from pundits—while many civil libertarians are alarmed at what his prosecution could signal for journalists, national security hawks are saying Julian Assange got what he deserved. Despite Assange’s role in upending the 2016 election by publishing Democratic National Committee emails (as well as longstanding speculation that he himself is a Kremlin asset), the grounds for his indictment by the U.S. government center on having “conspired” with whistleblower Chelsea Manning for hacking into a Pentagon computer in 2010, before publishing the findings via Wikileaks.

It is the conspiracy argument, a vague rationale with a potentially extensive scope, that poses danger for journalists—especially as more information continues to be published online.

“Any prosecution by the United States of Mr. Assange for Wikileaks’ publishing operations would be unprecedented and unconstitutional, and would open the door to criminal investigations of other news organizations,” American Civil Liberties Union director Ben Wizner said in a statement. “Moreover, prosecuting a foreign publisher for violating U.S. secrecy laws would set an especially dangerous precedent for U.S. journalists, who routinely violate foreign secrecy laws to deliver information vital to the public’s interest.”

While whistleblowers in the past have been prosecuted by the U.S. government, publishers have been spared. In 1971, former U.S. military analyst Daniel Ellsberg leaked the Pentagon Papers—a collection of classified studies regarding the Vietnam War—to The New York Times and other outlets. The government charged Ellsberg under the Espionage Act of 1917, but did not pursue a separate case against the Times or other publishers of the information. (The case was ultimately dropped, due to the government’s mishandling of the evidence gathering process.)

The government likewise pursued a case in 2010 against former National Security Agency (NSA) senior executive Thomas Drake for leaking information about the NSA to The Baltimore Sun. Like Ellsberg, Drake was prosecuted under the Espionage Act—but again, the case was dropped and neither The Baltimore Sun nor the author of the piece were included in the case.

“Here, we’ve had a situation where Chelsea Manning was sentenced to 35 years in prison for leaking classified information to Julian Assange,” Dr. Sandy Davidson, a media law professor at the Missouri School of Journalism, told Observer. “But now it looks like an end run is going to be made around the First Amendment. If prosecutors are going to go after Assange, not because he published, but because he conspired with Chelsea Manning, now we’ve got a whole new ballgame.”

What Does This Mean for Journalists?

Wikileaks is undoubtedly a controversial group, which has been accused of abiding foreign nationals and participating in disinformation campaigns. But the organization is still a publisher, and Assange in 2010 was working to publish information.

“If we start having publishers fearing an end-run around the first amendment, they will be attacked through conspiracy laws. We could be in what the Supreme Court has called, in other contexts, a ‘chilling effect,'” explained Davidson. “A chilling effect will hit everybody who wants access to information.”

Manning was also convicted in 2013 for violating the Espionage Act, before having her sentence commuted by former President Barack Obama. Despite serving time, she was held in contempt and jailed last month for refusing to provide testimony related to her involvement with Wikileaks—which could open her up to prosecution again should she say anything that contradicts past remarks given to prosecutors.

“For the people like Chelsea Manning, if you knew that being charged under the Espionage Act was just a beginning act, there could be another charge brought and you don’t have to worry about double jeopardy if you’re a prosecutor. You find another way around it,” continued Davidson. “We don’t have protection in this country under federal law for journalists to protect their sources, so it could very well may be a journalist who is subpoenaed… Journalists could easily be standing in the same shoes as Chelsea Manning.” 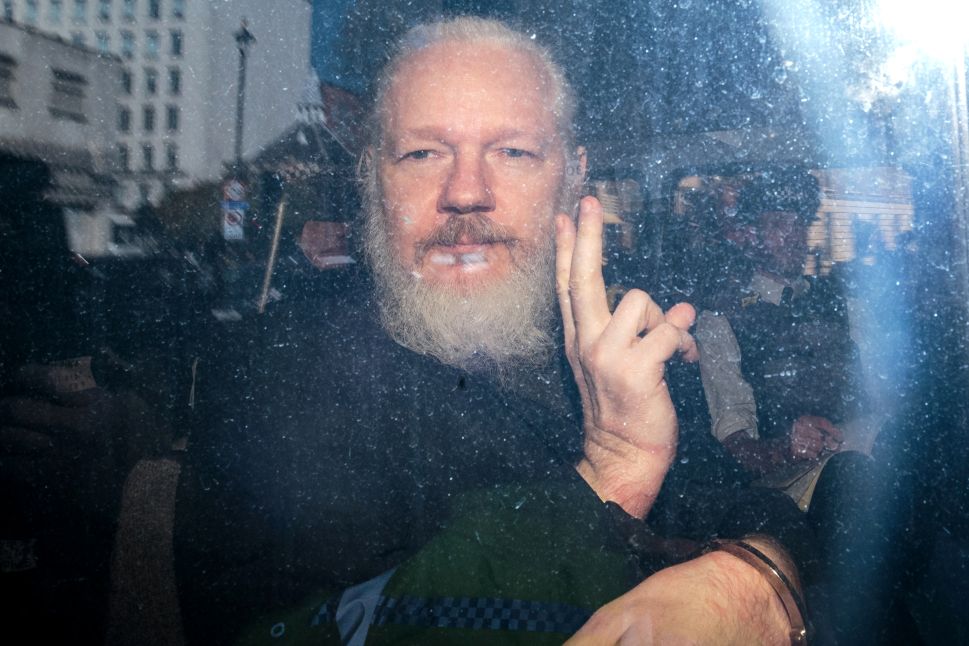