Acting Homeland Security chief Kevin McAleenan believes that family separations have been mischaracterized in the immigration debate and that U.S. military troops will be instrumental in building President Donald Trump’s promised border wall.

“This was a zero tolerance prosecution initiative that was targeted at adults violating the law. They were always intended to be reunited,” McAleenan told NBC News, addressing the White House’s controversial decision to pursue a zero tolerance policy. “[Which is] part of this story that I think had been lost.”

McAleenan added that family separations were “not on the table” for his agency moving forward, and that the policy was “not worth” enforcing.

“So prosecuting violations of the law does have a consequence and it does deter behavior, but it did not work if you lose the public trust,” continued the acting DHS chief.

McAleenan was appointed to oversee the Department of Homeland Security (DHS) following the resignation of his predecessor, Kirstjen Nielsen. Although Nielsen oversaw the execution of the White House’s controversial zero tolerance policy last year, she resigned after reportedly refusing to reinstate the measure a second time.

Shortly after sitting down with NBC to assuage concerns over family separations, McAleenan appeared on Fox News with a more hawkish immigration platform.

“We’ve got a robust partnership with the Department of Defense,” said McAleenan. “They’re going to help us build the wall aggressively too. They’re already engaged… We’re well engaged in five different projects… With DOD funding, we’re going to be able to expand that aggressively.” 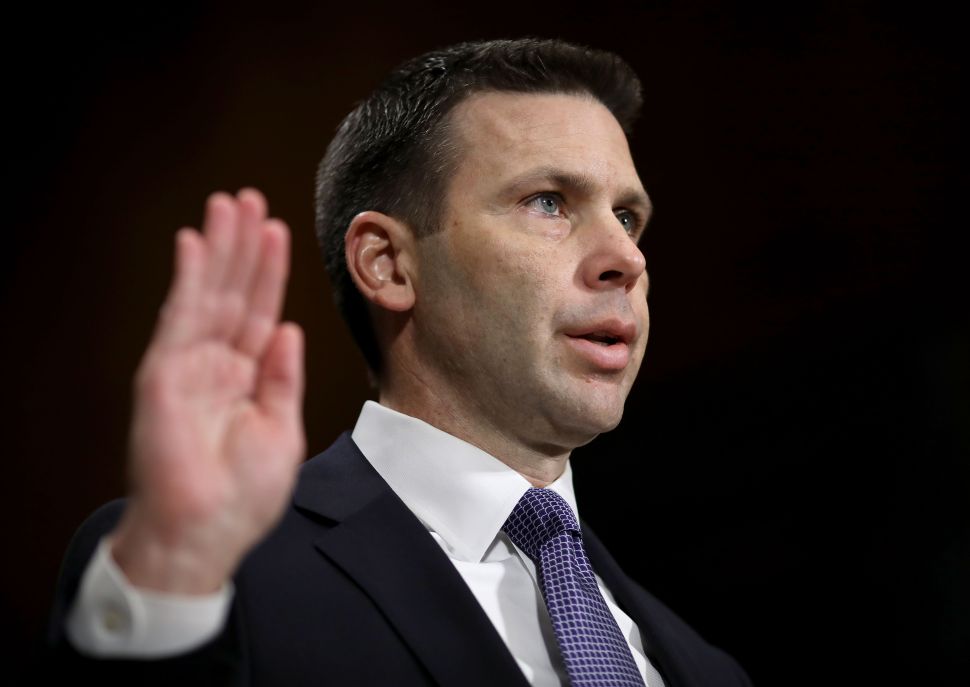