Hype is a fickle beast. It can lift a show to never-before-seen heights, reorienting the gravitational pull for audience’s attention and reshuffling the industry hierarchy. Netflix never expected Stranger Things to blow up as spectacularly as it did, but now it’s the streamer’s flagship series. But there’s a downside to hype: Elevated expectations can be tough to meet, and the higher the peak, the steeper the fall. Last year’s small-screen landscape was littered with sophomore slumps, from Westworld to The Handmaid’s Tale.

That brings us to BBC America’s Killing Eve, a breakout rookie sensation in 2018. For those still unfamiliar with the series, which follows a bored MI6 desk worker (Sandra Oh) and her terrifying quarry, the psychopathic assassin Villanelle (Jodie Comer), there’s still time to catch up on the riveting eight-episode first season before the follow-up debuts April 7—it’s on Hulu. But know this before going in: The Emmy-winning series underwent a showrunner shakeup heading into Season 2, with creator Phoebe Waller-Bridge ceding control to actress-author Emerald Fennell. Big hype, big change, new challenge?

Season 2 will pick up directly after the events of the first season’s finale, and in a new interview the showrunners have hinted at what audiences can expect. (Warning: some spoilers ahead.)

“It’s such a gift, that ending, as both of them are in such crisis,” Woodward Gentle told The Hollywood Reporter.

The fallout from the finale very much informs the upcoming batch of episodes, which explore the effects, both big and small, the two foils have on one another.

“We can’t cheat and skip forward and make everyone sexy and great again,” Fennell explained. “If you get stabbed, even if you’re Villanelle, you need to find a way out. I want to know how you clean your knickers, and the ins and outs of being a very vulnerable woman, and a woman who up until now has never let anything stand in her way.”

“If Season 1 was about finding something, learning how to be exceptional and falling in love, then [Season] 2 is about the limits of that, and the limits of being a woman in an extraordinary position,” Woodward Gentle said.

Here’s the good news. We’ve seen the first two episodes of Season 2, which is just one highly anticipated project in a stacked lineup of entertainment this month, and we can say this: Killing Eve doesn’t seem to have lost any of its breakneck speed or irresistible intrigue. 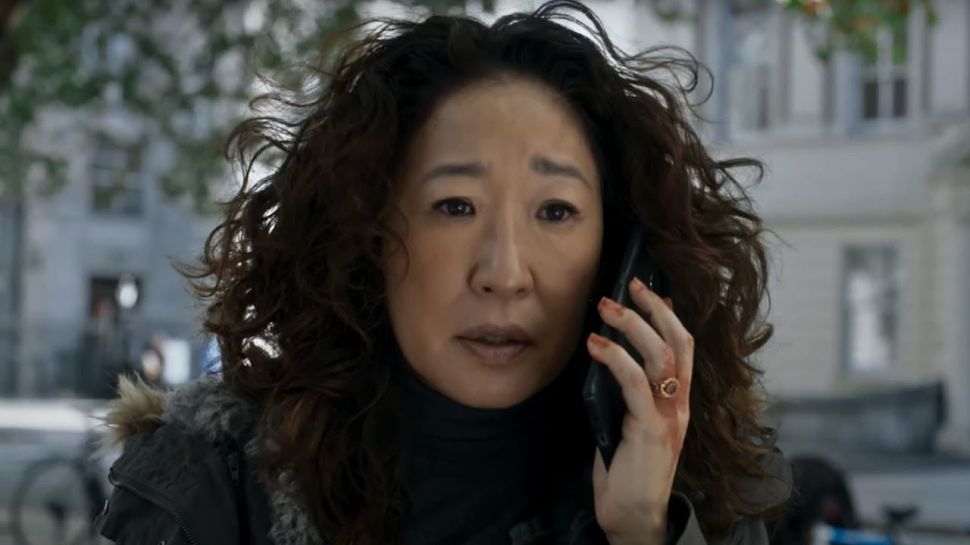