New York Senator Kirsten Gillibrand (D-N.Y.) said she is “ashamed” of her past immigration policies—which now appear out of the touch with the progressive vanguard she has built her 2020 presidential campaign around.

“For people who aspire to be president, I think it’s really important that you’re able to admit when you’re wrong and that you’re able to grow and learn and listen and be better, and be stronger,” Gillibrand told an audience during a CNN town hall on Tuesday night. “That is something that Donald Trump is unwilling to do.”

As a congresswoman representing a Republican-leaning district near Albany, Gillibrand at the time called border security “a national security priority.” She opposed amnesty for illegal immigrants and voted to increase funding for Immigration and Customs Enforcement (ICE).

Her policies later took a more progressive turn after being elected to the Senate in 2009. As a 2020 contender, she has reversed her previous platform and made the abolishment of ICE a key component of her campaign. Her website lists support for DREAMers and developing immigration reform as crucial issues she is running on.

“I would change entirely what we do at the border,” said Gillibrand on Tuesday. “I would make sure people seeking asylum in this country would have access to real immigration judges and lawyers. I would make sure that the process was humane, and I would take all of that work, the enforcement removal operations, and I would put it out of the Homeland Security and put it in the Department of Justice.” 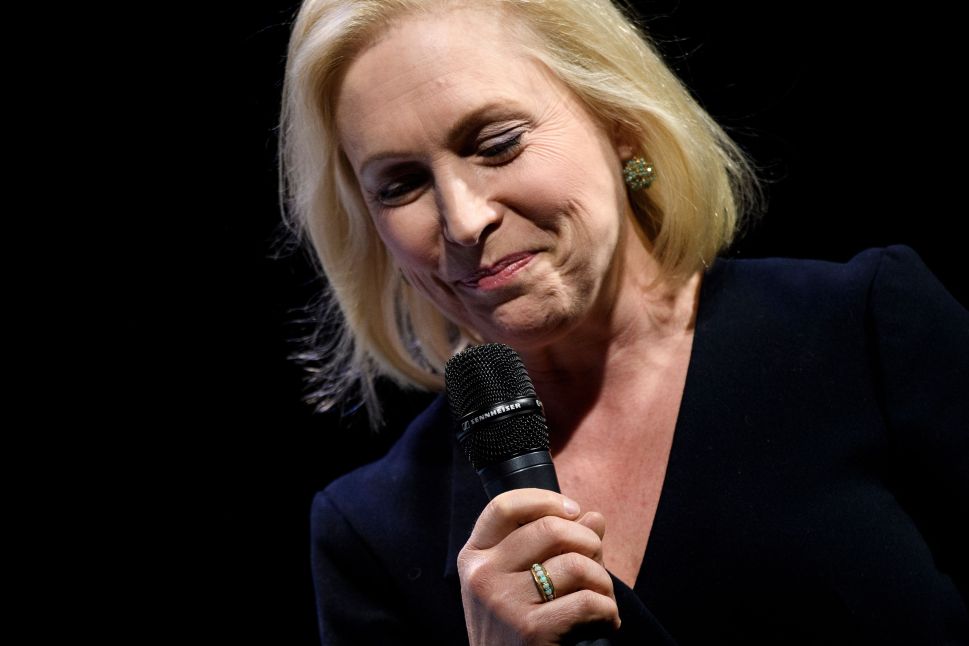