Lena Dunham wasn’t kidding when she said she so over Brooklyn that she’d be thrilled to never see another person in a “cool sack dress” ever again. The Girls actor and creator—whose busy month already included accidentally doxxing her pal Jemima Kirke—has decamped back to Manhattan, but there’s one thing in Brooklyn she hasn’t been able to get rid of: her Williamsburg loft, which she’s now willing to sell at a notable discount.

Dunham bought the three-bedroom, 2.5-bathroom condo at 60 Broadway for $2.9 million in April 2018, several months after she broke up with Jack Antonoff, who kept the Brooklyn Heights apartment they had shared. (Unless that was just dumb heteronormative gossip.)

But Dunham must have felt some kind of buyer’s remorse (or realized she had zero desire to be in Williamsburg), because she tossed the 1,987-square-foot loft back on the market just two months later, in July 2018, for $3 million.

The apartment disappeared from the sales market late last year, but now it’s back with a newly discounted price tag of $2.65 million and a brokerage switch to Compass. The listing broker, Erez Rose, declined to comment.

Aside from the loss Dunham is willing to suffer, the biggest change is that she enlisted ASH Staging to furnish the place. The apartment was previously pictured empty but is now fully furnished. Our favorite addition has got to be the drafting table. Maybe Dunham just felt the urge to draw up some new building specs? Or perhaps she’s been hard at work on a new children’s book.

The corner loft is a far cry from Hannah’s Greenpoint home base on Girls—it’s in the Gretsch, a fancy, white-glove doorman building. There are 13-foot ceilings and oversize windows throughout the place, which also has built-in bookshelves and a library ladder.

The open kitchen is outfitted with Carrara marble countertops, a breakfast bar and stainless steel appliances. It’s open to the living and dining space, which features a large table in one corner as well as a gas fireplace.

The master suite contains a built-in raised platform bed, a very large walk-in closet (a fedora is currently on display), and a marble bathroom with light pink walls and a separate tub and glass-enclosed shower.

It’s not clear if Dunham ever actually lived here, but she has since moved on, scooping up a home in Los Angeles and a place in the West Village, as she told New York magazine in a recent profile. “I’m like, Thank you, Lord. I’m back amongst my tribe, which is like old people puttering around the health-food store,” she explained. She is also building a small house on her parents’ Connecticut compound. So perhaps that’s what the drafting table is for. 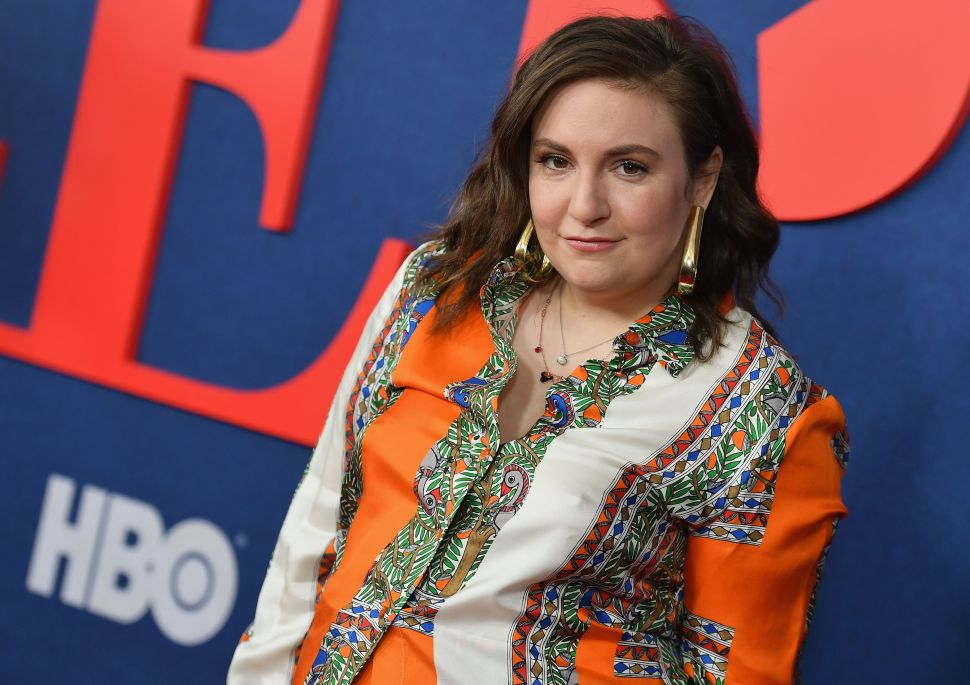