When you imagine a Victoria’s Secret underwear model (which millions of people have been known to do daily), you probably also assume the superstar beauty in your mind’s eye is taking home a crap ton of money for her hard work. However, a new story published by The Blast indicates otherwise: Erin Heatherton, a former Victoria’s Secret model and an ex-girlfriend of Leonardo DiCaprio, has apparently filed for Chapter 7 bankruptcy this year because she is in the red to the tune of $560,242.13.

What happened here? And more important, why hasn’t DiCaprio offered to help his erstwhile lady friend pay down her debts?

According to court documents, Heatherton lists her average monthly income as $1,089.91, but she has also managed to rack up what looks like a truly insurmountable amount of credit card debt, which she accumulated using three separate cards from City National Bank that she took out in 2010. Heatherton “currently owes $11,514 on one card, $9,485 on another and $194,602.49 on a third for a total $215,601.49,” reports The Blast. That’s a pretty big hole to have to dig yourself out of.

What else is weird about Heatherton’s financial troubles is that she seems to have spent the past couple of years making increasingly less annually, and then attempting to soften the blow by selling her clothes and shoes whenever she could. She signed with the modeling agency IMG in 2013. Plus, she’s young and gorgeous. That her modeling career hasn’t kept her afloat financially is thus a little baffling.

So: DiCaprio should bail her out, and here’s why. The Oscar winner donates a ton of time and money to supporting various environmental charities, so he is more than equipped to help out an old flame who has only ever said positive things about him. Also, as we see it, the issue at hand here has less to do with the outdated notion that a man should always pick up the tab and more to do with the question of what constitutes basic etiquette. DiCaprio is one of the biggest movie stars on the planet. His estimated worth is a truly astonishing $245 million. Helping out Heatherton wouldn’t even put so much as a dent in his considerable assets.

Furthermore, given that the 44-year-old actor is a serial dater of young women (his current girlfriend, Camila Morrone, is 21 years old), it seems only fair that DiCaprio actually do something for a woman he used to date that tracks as a truly significant nice gesture.

In the ’90s, when he was a member of a notorious Hollywood friend group called the Pussy Posse, he and his buddies apparently made aggressive pursuit of women their pastime. Fast-forward a couple of years, and Leo can be see taking leisurely bike rides or accompanying his girlfriends on walking tours of the historic Vaucluse House in Sydney, Australia. But that doesn’t necessarily mean he’s a changed man. In other words, DiCaprio has a chance here to be radically magnanimous with a former romantic partner in need. Your move, Leo. 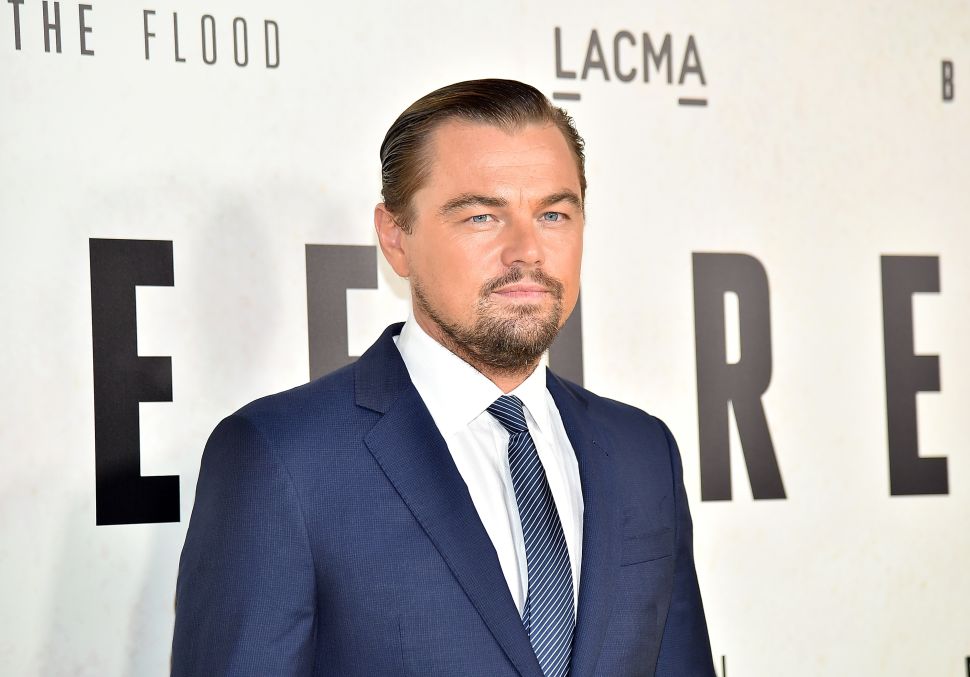