If you’re not an engineer, chances are that a small child playing with the modular electronic toy system littleBits, knows more about powering technology than you do.

Founder and CEO Ayah Bdeir launched littleBits in 2011 and has raised more than $60 million in venture capital funding. LittleBits is headquartered in New York City, where Bdeir moved after earning her master’s at MIT’s Media Lab; she’s originally from Beirut, Lebanon.

Sitting in her snug office within littleBits’ sprawling Chelsea space, Bdeir talked with Observer about her path as an Arab female immigrant founder and girls in STEM (Science, Technology, Engineering and Math). According to Bdeir, 40 percent of littleBits users are girls.

Bdeir’s office is orderly with the exception of an unruly bulletin board, overloaded with work related notes, postcards, photos, memos and printouts including an oversized color xerox with a “Snap the Gap” logo in orangey pink—littleBits’ new initiative for girls in STEM.

First, I learned more about electricity playing around with the littleBits pieces in your waiting area for five minutes than I have in my whole life.
It’s not just you, it’s everybody. We’ve been very removed from technology, it’s always hidden, covered, behind something.

Explain how the littleBits pieces physically work together.
It’s a system of electronic building blocks that snap together with magnets. The pieces are color-coded: blue is power, green is output, pink is input and orange is wire or logic. We make different inventor kits, some are for the home and others are for classrooms, those have lesson plans, a curriculum and teacher materials.

How did littleBits evolve as a concept and then company?
I worked in finance for two years in New York City after getting my master’s at MIT Media Lab. On paper, it was an amazing job, but I didn’t like the work so I quit and became a research fellow at Eyebeam, an art and technology lab.

I had been exposed to the Lifelong Kindergarten group at the Media Lab. They invented Scratch, which teaches kids how to program by moving around blocks of code. It was also the birthplace of Lego Mindstorms, the robotic platform of Lego. That group was all about learning through play; it was inspiring to see the power of combining engineering and creativity.

Those ideas and inspirations came back to me when I was at Eyebeam. At first, littleBits was just a prototype project to answer the questions: Could electronics be more fun? Accessible? Creative? As opposed to just functional. At the time, littleBits was for anyone who wasn’t an engineer—designers, artists, kids, educators.

So how did littleBits go from a prototype to a kid-centered company?
I took the prototypes to a few shows, like Maker Faire, and lines and lines of kids started forming at the booth. The kids would not leave! They would build something and ask, “Is this how my nightlight works?” or “Is that why the elevator doors always open?”

I had a light bulb moment. I thought, if these prototypes are able to engage kids and they are asking to learn, this is a huge opportunity.

You are launching “Snap The Gap” in hopes of closing the STEM gender gap. Has littleBits always focused on girls in STEM?
LittleBits is for all genders; we make gender-neutral products and experiences, kids can make a musical instrument, bubble blower, sibling alarm, a stuff protector.

At first, girls in STEM was a hidden mission of littleBits. I didn’t talk about it publically because I didn’t want to claim something I wasn’t sure I could execute. Also, I didn’t want to be pigeonholed as a girls-only product company.

What are the details of “Snap the Gap”?
In partnership with Disney, “Snap the Gap” is a one-year pilot program in California aimed at closing the gender gap in STEM. We’re focusing on 10-year-old-girls. Each girl will get a free littleBits kit to play with, a free membership to jam.com, which has prompts, challenges and STEM related classes, from animation to slime making. Each girl will get mentored by a STEM adult, as well.

Why is 10 years old such a critical age?
At 10 years old, girls become aware of social and media stereotypes and are vulnerable to dropping out of STEM. It’s a crucial time to start, but I want to be clear, it’s not like you can give them the product, go away and the problem is solved. It’s important to equip them with materials and a support system so they can withstand some of these external forces.

They will see more images of men inventors, scientists and engineers. They will hear that this is not a girl’s profession. They will be made fun of, by boys or girls. They will experience discrimination in the work place. Those are facts, they are no longer in debate.

Growing up in Lebanon, did you have access to STEM activities and classes?
Yes, my parents were very supportive. Among my [three] sisters, I was the tinkerer, the inventor. My dad believed in continuous learning, he would buy us books, software—he bought us a Commodore 64. Since I was interested in science, he gave me chemistry sets.

My mom was a role model. I grew up seeing her study, she was doing her master’s. I saw her graduate, start a job. Many of her friends were stay-at-home moms or socialites. I realize now how lucky I was—at the time, I thought I was unlucky! [laughs]

Coming from that exceptionally supportive background, is it difficult to accept the rate of women in STEM fields?
It’s hard to accept because it’s not acceptable. Technology has an outsized influence on our lives—the way we communicate, eat, sleep, drink, the way we manipulate our data, our identities, the way we learn. It’s all technology driven, and technology is made by men. So that’s not OK. It upsets me, independent of how I grew up—it’s 2019!

Last month 60 Minutes did a piece on girls in STEM. Littlebits was supposed to be a big part of the story, but we were cut out. The focus became code.org, an organization that basically teaches kids how to code and the founder is a man. We were pretty upset about this.

That 60 Minutes episode said all you need to do is expose girls to coding and the gender gap is solved. That’s not true. It’s important for programs to tackle the hands-on skills, the emotional, social piece of it too, as well as being part of a community. Girls Who Code and Black Girls Code are doing it very well, they are tackling the problem from a 360 perspective.

What was it like being an Arab female immigrant founder of a tech startup?
I’ve had to work a little harder, being an immigrant and a woman, to get to a place others may have an easier time getting to. But, I don’t sweat it now.

There are stereotypes around being an Arab woman, that we are submissive. The fact is that Arab women are very strong, resourceful, and are often times leading their households and communities.

I have a lot of tenacity and persistence; I think these are immigrant qualities. Being from Lebanon in particular, we’re very entrepreneurial. We are used to not relying on the government for anything, we do it all ourselves, which lends itself to really good entrepreneurship skills.

Another benefit of being an immigrant founder is knowing there are always different perspectives, multiple layers, experiences, backgrounds and opinions. People who speak different languages, who travel, who come from diverse backgrounds, have that quality as well. Some people have the unfortunate bias that there is one truth and everything else is wrong. I think immigrants tend to not have that perspective, we can’t. 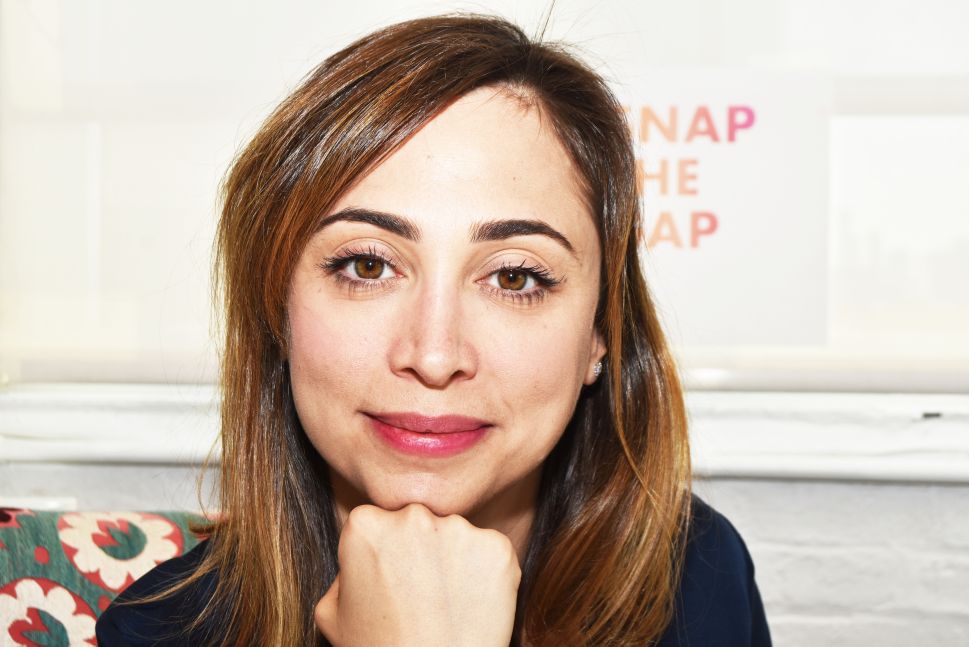