Estimates vary, but even with incentives, Lyft and Uber drivers make about $9 an hour, a recent analysis found.

Nine dollars an hour is a little more than half the minimum wage in states like New York and California. In coastal cities in these states, the sight of young people pecking at their smartphones to summon one of these underpaid workers to cheaply ferry them to a bar, where they will spend twice the price of their ride on a cocktails, inspires no reflection nor sense of irony.

Nine dollars an hour is about $350 to $400 a week. These are poverty wages, and they are far too princely for Lyft to become a profitable company. To do that, Lyft will have to either compensate its drivers even less, or replace them entirely with robots.

Was this the plan all along? Of course it was.

lyft is down, but the thing that really stresses me out is this [via guggenheim partners] https://t.co/8SLowinC2w pic.twitter.com/SLlWhMIlBD

Lyft went public about a week ago. (Its older and possibly still more evil twin, Uber, has yet to debut.) As of late Friday, shares were trading at about $74, slightly better than the $72 IPO price, below which market shares had been hovering earlier in the week.

The reliable line you hear in situations like this, as New York Times tech reporter Kate Conger pointed out on Twitter, is that Lyft and Uber, despite their relative ages, enormous size and market saturation, are still “growth-stage” companies. This is misdirection.

Neither company has much more room to grow unless they add an airline. As both companies’ purchases of scooters and electric bicycles demonstrated, and as transit officials and urbanists scream to anyone in earshot in the cities where app-hailed rides are causing record traffic jams, there isn’t much more room on the road for any more Ubers or Lyfts.

So what do you do? Analysts whose job is it to figure out how companies might make money have hit upon a few likely solutions for Lyft to become profitable. All rely on drivers making even less—either 20 percent less, thanks to across-the-board cuts in both per-fare pay as well as volume-based incentives, or 100 percent less, via replacement with self-driving cars.

A self-driving car piloted by a computer would cost about 25 percent of what Lyft’s human drivers cost the company, according to an analysis from Guggenheim Partners released last week.

How far away we are from such a future is a separate story, but in case anyone is still in denial, a future with a profitable Lyft is a future with robots replacing workers, or workers becoming wage-slaves.

For those keeping score, this has been every taxi driver’s conspiracy theory since the first untrained, uninsured and unregulated competitors appeared on the streets: Uber and Lyft were there to flood the market, drive competitors out of business and then—without any workers to pay—charge whatever rates they pleased in order to maximize profit. Pure surplus.

It is what anyone paying attention already knows. All the IPO and the resulting analyses do is spell it out in certain terms. When you hail a Lyft, you hail this future. When you buy Lyft stock, you are betting on it.

In this way, Lyft and Uber are a harbinger for how an automated future will treat the worker, because we are seeing how the worker is treated in the present: impoverished, desperate and driven to suicide. But who cares? Those $18 cocktails are waiting, and the path toward them—as well as profitability—is just a tap away. 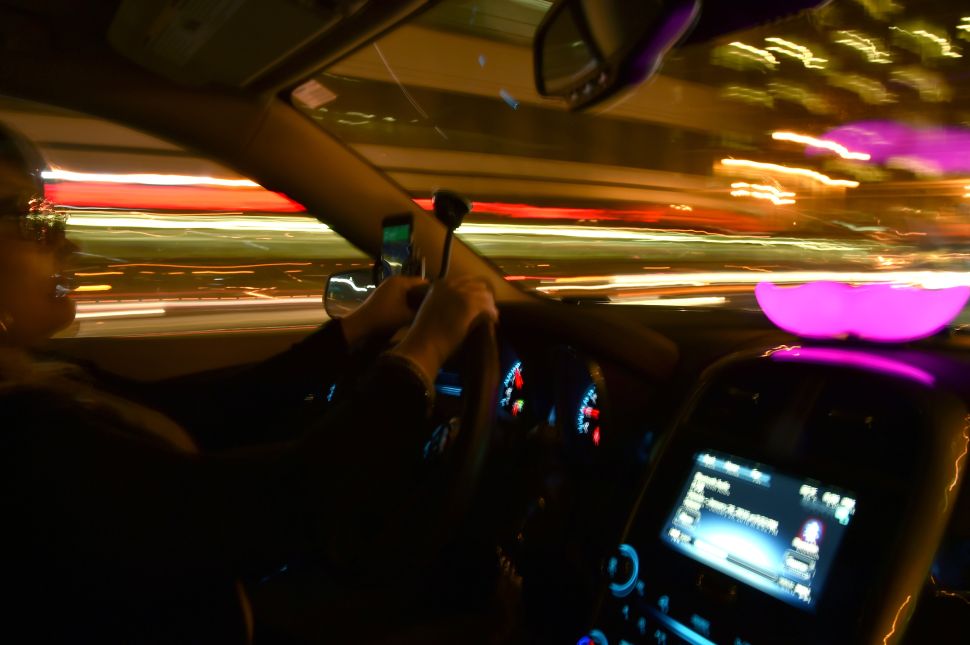