Marc Jacobs’ star-studded wedding this past weekend isn’t his only big piece of news. The fashion designer celebrated his marriage to longtime boyfriend Char Defrancesco with a glitzy reception at the Grill Room (attendees included Kate Moss, Anna Wintour, Bella Hadid and Gigi Hadid), but he has also made a serious real estate purchase.

The newlywed is now the proud owner of a Frank Lloyd Wright–designed waterfront home on the Long Island Sound in Westchester, in Rye, N.Y., as first reported by WWD. He doled out $9.18 million for the very architecturally significant property in an off-market deal, which means we sadly don’t have listing photos of the 1.97-acre spread.

We do, however, know that the L-shaped home was originally designed by Wright in 1955 for auto importer Max Hoffman, and as such is now aptly known as the Max Hoffman house. The single-story residence is made of stone and plaster, and apparently hasn’t been renovated in about 20 years. An additional wing was added in the 1970s, though we’re not sure if the garden Wright designed is still intact.

The 5,791-square-foot home was later owned by Emily Fisher Landeau, but the most recent owners were Alice and Thomas Tisch, who sold the property to Jacobs. The Tisches were represented by Compass broker Joshua Wesoky, while Jacobs was represented by Sotheby’s International Realty broker Laura DeVita.

Jacobs plans to spend quite a bit of time at his fancy new home—he’s reportedly leaning towards making the move out there and having it be his full-time residence, instead of his West Side brownstone.

“I’m 55 years old, I’m getting married,” Jacobs told WWD. “This feels like really a new chapter. I’d like to live a life outside. I just sit home and watch TV in the five-floor town house, you know? It’s like, I’d like to be doing that with a beautiful view with dogs running around in the yard.”

To be fair, living on the in a Frank Lloyd Wright home with dogs frolicking sounds like a dream. We’re not sure what Jacobs has planned in terms of renovations and design, but if the look of his brownstone is any indication, it’ll be super plush and filled with art, and Jacobs’ Insta-famous pup, Neville, will be living his best life. 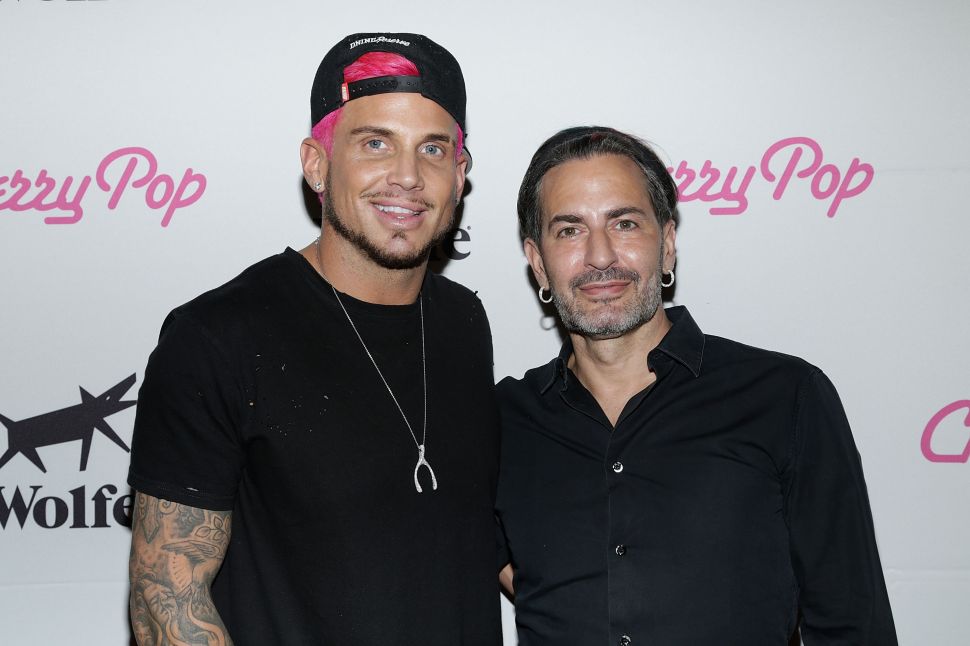