Honest-to-goodness New York Society events feel rare these days—are we too busy fretting over political calamity and rising sea levels? It’s therefore extremely refreshing that renowned fashion designer and Manhattan fixture Marc Jacobs got married to his longtime boyfriend, Char Defrancesco, this weekend and that scores of elegantly dressed famous people turned up to celebrate the happy couple. It almost seems like an event beamed in from a much happier, less complicated parallel universe of yore.

Defrancesco is a former model and entrepreneur who started his own line of candles after famously telling The Daily Front Row that he “was spending more money on candles than [he] was on rent.” He and Jacobs got engaged a year ago when the designer surprised him with a flash mob he hired to lip-sync Prince’s “Kiss” to him in a Chipotle.

It stands to reason that this couple’s matrimonial proceedings were as joyful and unpredictable as they are. While we’re still unsure where in New York City the ceremony took place, we do know the newlyweds wore diamond penguin pins designed by Fabio Zambernardi (“a great example of faithfulness and fidelity,” Jacobs posted on Instagram) in addition to traditional rings.

Our ride. A 1962 Rolls Royce Phantom. Gorgeous. Our attire bespoke @huntsmansavilerow My suit, shirt and tie cut, overseen and designed with the lovely, incredible Ralph Fitzgerald. Charly’s dinner jacket, trousers and dress shirt also cut, and looked after by Ralph. This man has always come thru for us and we love Huntsman. Bespoke sneakers by the incredible @louboutinworld and my boots custom @gucci by the amazing @alessandro_michele

The reception took place at the swanky Grill Room in midtown’s Seagram Building and was attended by a laundry list of stylish celebrities including Vogue editor in chief Anna Wintour; supermodels Bella and Gigi Hadid, Naomi Campbell and Kate Moss; model and body-positivity advocate Emily Ratajkowski; and eternal It Girl Chloë Sevigny.

Me n @chardefrancesco mini burger pit-stopping on the way to find his HUSBAND @themarcjacobs 😄🥰 So happy to celebrate your marriage and love last night, it is so beautiful to see two people truly complete each other. Love you both so much.

Jacobs, who was born in New York City and raised by his grandmother in the appropriately named Majestic on Central Park West, was immortalized by Page Six in the mid-aughts and has since weathered a great deal of uncharitable press. The financial success and cultural relevance of his eponymous brand has fluctuated over the years, but the enduring appeal of his ragtag aesthetic has not. The “Marc Jacobs woman,” journalist Sarah Nicole Prickett wrote in 2015, “appears more out of time than out of place. Her skirt is calf-length and conservative with unsexy heels, but her T-shirt is sequined and see-through.” It sounds like a perfect description of a 2019 sexy-messy Instagram influencer’s uniform.

After a lifetime spent in the tumultuous Big Apple, Jacobs is looking forward to peaceful marital bliss. “I’m 55 years old, I’m getting married,” he told WWD in February. “This feels like really a new chapter. I’d like to live a life outside. I just sit home and watch TV in the five-floor townhouse, you know? It’s like, I’d like to be doing that with a beautiful view with dogs running around in the yard… I’ve never had a house outside the city. Never. Wait till you see it.”

Jacobs isn’t kidding: He recently bought the famous Frank Lloyd Wright–designed Hoffman House in Rye, N.Y. Not a bad way to settle down at all. 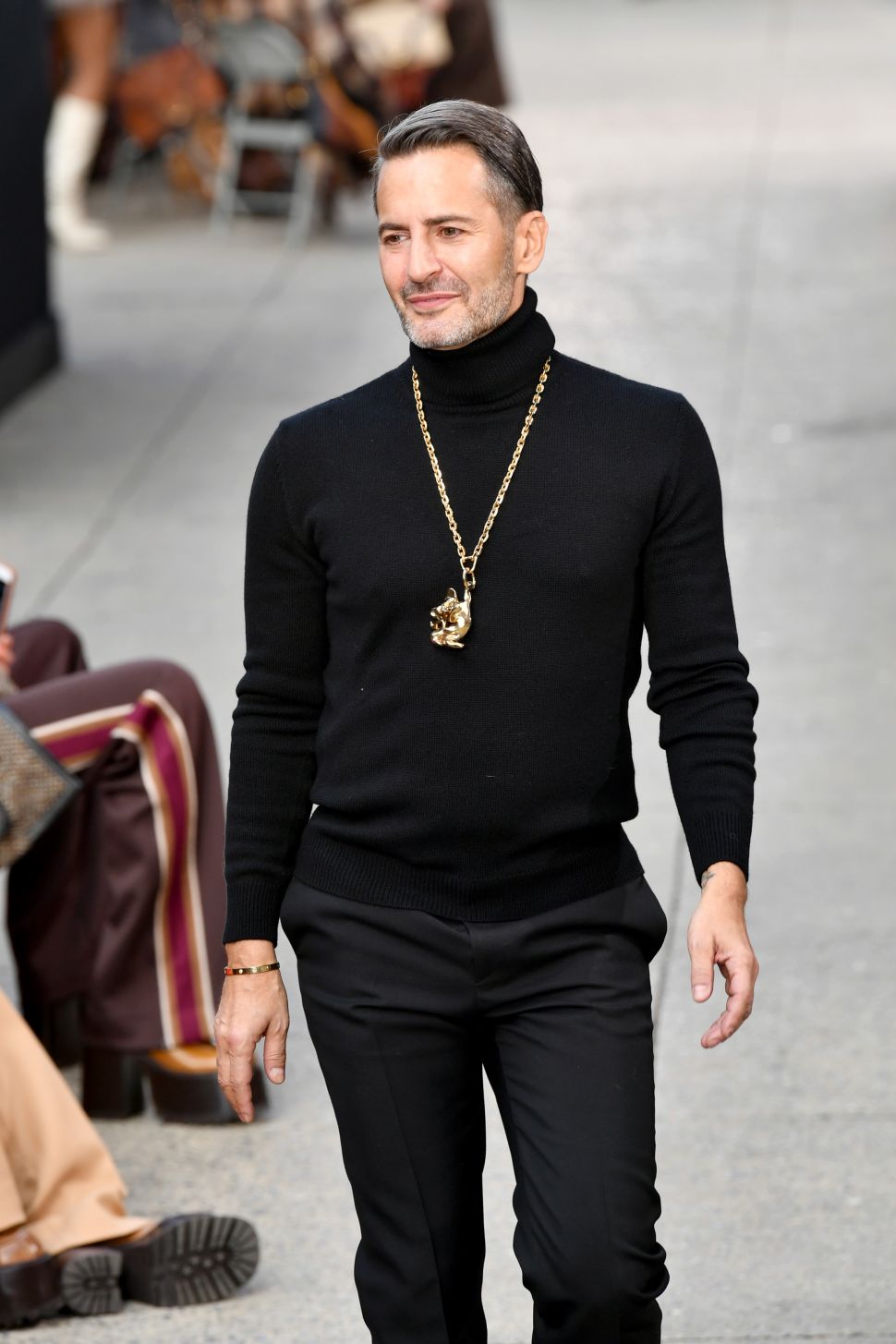