History has been shaped by great men and women, and Hollywood continues to subsist on a steady diet of these legendary figures. Studios love turning to real-life famous people to deliver era-specific tales that connect to the present day (and win them awards).

Looking forward, it seems the industry has a vested interest in telling the stories of female trailblazers—powerful, intriguing and complicated women who challenged the system and upended conventions while often struggling with their own demons. Several exciting new projects about these inimitable ladies—including a recently announced Marilyn Monroe BBC Studios miniseries—are set to make their way to both the big and small screens in the near future. Here are the most promising.

Lucy in the Sky marks the feature directorial debut of Legion and Fargo showrunner Noah Hawley, and, wow, does it sound like a doozy. The film is loosely based on the experiences of Lisa Nowak, a decorated former naval flight officer and NASA astronaut who flew aboard Space Shuttle Discovery in 2006. Nowak became involved in a two-year affair with fellow astronaut William Oefelein and was arrested in 2007 and subsequently charged with the attempted kidnapping of U.S. Air Force Captain Colleen Shipman, who had also become romantically involved with Oefelein.

Natalie Portman stars as Lucy Cola, who returns to Earth after a transcendent experience during a mission to space and soon begins to lose touch with reality. Portman is routinely in the year-end awards conversation, giving the movie an extra sheen of prestige and hype. As one of Fox’s final releases outside of Disney and Hawley’s first big-screen outing, Lucy already has considerable industry buzz surrounding it.

Focus Features, the independent branch of Universal Pictures, is set to release a biopic later this year based on the life of Harriet Tubman. The iconic abolitionist escaped slavery and was responsible for helping countless other slaves find freedom via the Underground Railroad. Cynthia Erivo, who’s coming off an impressive 2018, will star and is our early pick for the 2020 Best Actress Oscar. However, the film has generated some backlash for casting a British actress in the role. Will the controversy hurt its chances of breaking big?

This isn’t the first time Hollywood has toyed with a project connected to Tubman. In 2015, Viola Davis was reportedly confirmed to produce and star in a feature-length biopic, while the WGN America series Underground featured Aisha Hinds as Tubman for a major plotline. But Harriet is the biggest retelling of her story that we’ve seen in mainstream pop culture.

Both HBO and Hulu are developing miniseries revolving around Catherine the Great, one of the most powerful female monarchs in history. The former has cast Oscar winner Helen Mirren in the lead role for a four-part drama set for later this year. Though Catherine ruled over Russia for nearly five decades during the 18th century, the miniseries will focus on the end of her reign and her affair with military leader and statesman Grigory Potemkin.

“I am very excited by the possibility of embodying a woman from history who grabbed and then wielded great power,” Mirren said at the time of her casting last year. “She rewrote the rules of governance by a woman and succeeded to the extent of having the word great attached to her name.”

Hulu has headed in the other direction with The Great, which stars Elle Fanning and Nicholas Hoult. The upcoming miniseries details “the rise to power of Catherine the Great and her explosive relationship with husband Peter, the emperor of Russia.” Catherine seized control after Peter was overthrown, and became the longest-ruling female leader in Russian history—so naturally Hulu ordered the show to series.

Aaron Sorkin is writing this Lucille Ball biopic for Amazon, and two-time Oscar winner Cate Blanchett is starring as the fierce comedienne. What more could you ask for?

The film will follow Ball’s 20-year marriage to actor and TV producer Desi Arnaz and their work together on the Hall of Fame sitcom I Love Lucy. But Ball was so much more than just a sitcom star. She was the first woman to run a major television studio and pioneered several production methods (live studio audiences, multi-cam sitcoms) still used today. More important, she ensured that the rights to her production company’s projects would remain with her, an unprecedented deal at the time that reaped massive financial rewards. She also produced the original Star Trek and Mission: Impossible series through her banner Desilu Studios, which Paramount Pictures absorbed and built massive franchises around.

Progress on this project has been slow, but this could be a real winner.

Four-time Oscar nominee and Venom survivor Michelle Williams is set to play Janis Joplin in director Sean Durkin’s exploration of the troubled singer’s life. The film is based on her sister Laura Joplin’s book Love, Janis, but will reportedly pick up at the height of her success. Joplin infamously died from a heroin overdose in 1970 at the age of 27.

Hollywood has tried to get a Janis Joplin biopic off the ground for years, most recently with a shelved project that would have starred Amy Adams. This new take reportedly sparked quite the bidding war among Hollywood’s prestige players. However, after two-plus decades of rocky development and legal issues, fans are understandably wary of the movie. We’ll see when it actually hits theaters.

BBC Studios is developing a miniseries about the final months of Marilyn Monroe’s life that will address her relationship with JFK and Bobby Kennedy and the dynamic between her and Hollywood’s most powerful studios. It is based on Keith Badman’s book The Final Years of Marilyn Monroe: The Shocking True Story.

A successful film star best known for massive hits such as Some Like It Hot and The Seven Year Itch, Monroe remains one of the most popular and instantly recognizable faces of the 20th century. The public’s fascination with her took on a new meaning following her mysterious passing in 1962 at the age of 36, the result of an overdose.

“Marilyn’s desire to be taken seriously as an actress and her battle with the powerful men who control the studio system is sadly as relevant today as it ever was,” said Dan Sefton, who will serve as showrunner.

BBC Studios executive producer Anne Pivcevic added, “In the last few months of her life, Marilyn was sincerely loved, callously betrayed, cynically filled with hope and ultimately cruelly abandoned. Her death changed the lives of everyone in her orbit and cemented her status as a legend.” 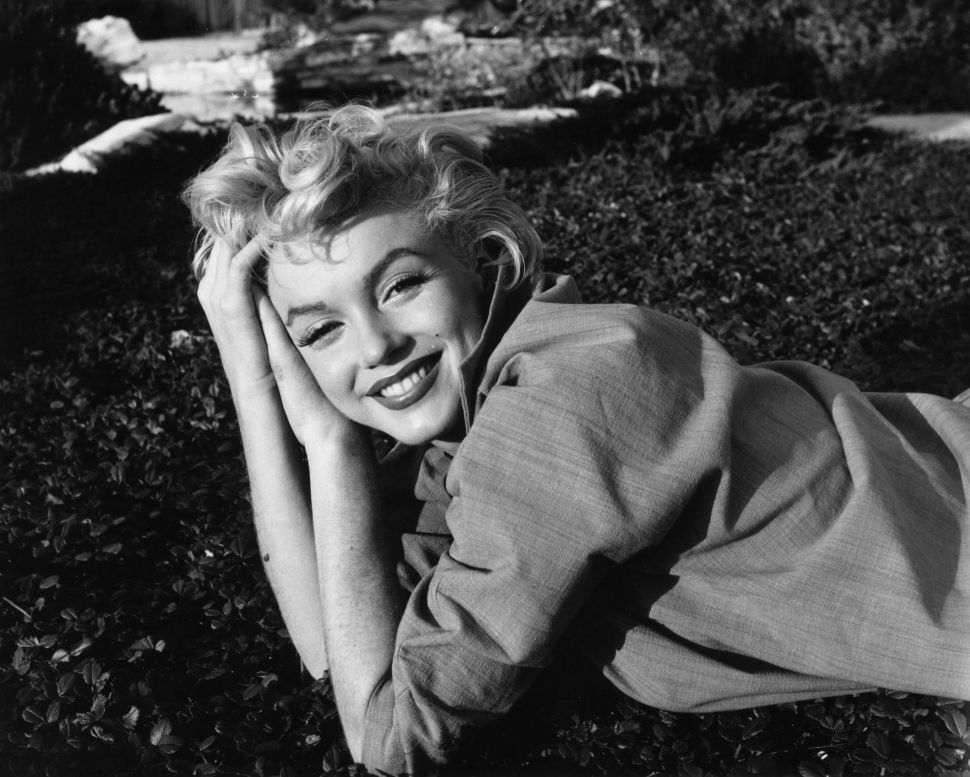