The Martha Graham Dance Company—at the Joyce until Sunday, April 14—is back from the land of the living dead. Half a dozen years ago it had two or three dancers you were glad to see, but on the whole it was flaccid and dull. And it was padding out its Graham repertory with new commissioned works you definitely weren’t glad to see.

This year the company, still under the direction of Janet Eilber, was a real excitement—everyone dancing full-out, at least half-a-dozen of them eye-catching and eye-holding. PeiJu Chien-Pott was commanding and moving in Herodiade and Errand into the Maze, both classic roles Graham created for herself. In the first and third sections of the mid-30s Chronicle, the Graham roles—“Spectre-1914” and “Prelude to Action”—Xin Ying was not only powerful but seemed to have no difficulty coping with the amazing sometimes-black, sometimes-red skirt-cum-shawl-cum-shroud that may have been Graham’s first major grapple with cloth. The intensity and conviction of Natasha M. Diamond-Walker were thrilling whenever she appeared; I look forward to seeing her in the big roles. Anne O’Donnell was constantly striking and appealing.

The men were consistently strong, though without a real standout. The two talented Lloyds (Knight and Mayor) carry their large responsibilities…responsibly. Ben Schultz was a dominating presence in the heavy roles: the Minotaur in Errand into the Maze; the Christ figure in El Penitente. And all six guys in the first section of Secular Games—“Play with thought on a Socratic Island”—were hunky, the way Graham liked them, tossing that dratted ball around with aplomb.

The most peculiar event of the season was a 1933 solo called Ekstasis, “reimagined” (whatever that means) by the estimable Virginie Mécène. A woman stands still for a long time, and then moves deliberately in and out of positions. It’s more about Graham working out her ideas than about an idea, and its clinging costume did no favors to Sara Mearns, whom Eilber referred to in her otherwise elegant and amusing remarks introducing the program as a “New York City Ballet superstar.” The vulgarity of the phrase matched the vulgarity of the gimmick, particularly since Mearns is at her best when she’s moving propulsively, not standing about. (What a contrast to her triumph a couple of weeks ago in I Married an Angel.) But fluffing up galas is in the late-Graham tradition, her Blackglama years of importing “superstars” like Fonteyn and Nureyev.

This celebration of Graham didn’t feature many major Graham works, although the celestial Diversion of Angels, surely her most lovable dance, had one charming performance on Gala night. Instead there were a variety of new or recent pieces. One of them was first-rate: Untitled (Souvenir) by Pam Tanowitz, who’s riding high these days, and on the basis of this piece deserves to be. A lot of her work has seemed to me over-thought and studied, too dependent on props. And too obviously Merce-inflected. This time Tanowitz has created a seamless work that does the crucial thing: it keeps you wanting to see what will happen next. She’s worked long and hard, and it’s paying off. Congratulations to the Grahams!

On the other hand, bringing back 2017’s I Used to Love You by Annie-B Parson was a horrible mistake. This was another “re-imagining,” the victim being Graham’s 1941 Punch and the Judy, but Graham would have shuddered at this slam-bang—and endless—travesty. The brand-new Deo was something else again: lugubrious and solemn. It’s about Demeter and Persephone, but not a retelling of their story. Instead, A group of eight women in long dresses and in semi-darkness, move around in mourning—or something—for a long time. Yes, there were affecting moments, but not nearly enough of them. Deo apparently required two choreographers, Maxine Doyle and Bobbi Jene Smith.

By now you may have guessed it: the season was presented under the rubric The EVE Project, all of its pieces made by women. Which, unsurprisingly, proved to be no better or worse than a comparable group of pieces by men or by a mix of genders would have been. But let’s end on a high note: the program found room for a very pleasing duet called Histoire created twenty years ago by Lucinda Childs. Lucky for us that Childs was a woman!

Terrific though the current Graham company is, it’s different in kind from the great Graham companies of the fifties and sixties when there was one real superstar, Graham herself—one of the greatest of all dancers—who surrounded herself with other stars: that is, hugely talented dancers with supercharged personalities. Yuriko, Helen McGehee, Paul Taylor, Ethel Winter, Linda Hodes, Bertram Ross, Mary Hinkson, Matt Turney…a constellation of stars. Though Janet Eilber’s company is really excellent, it’s far from starry—there’s a certain homogeneity to it. But we’re applauding, not complaining. 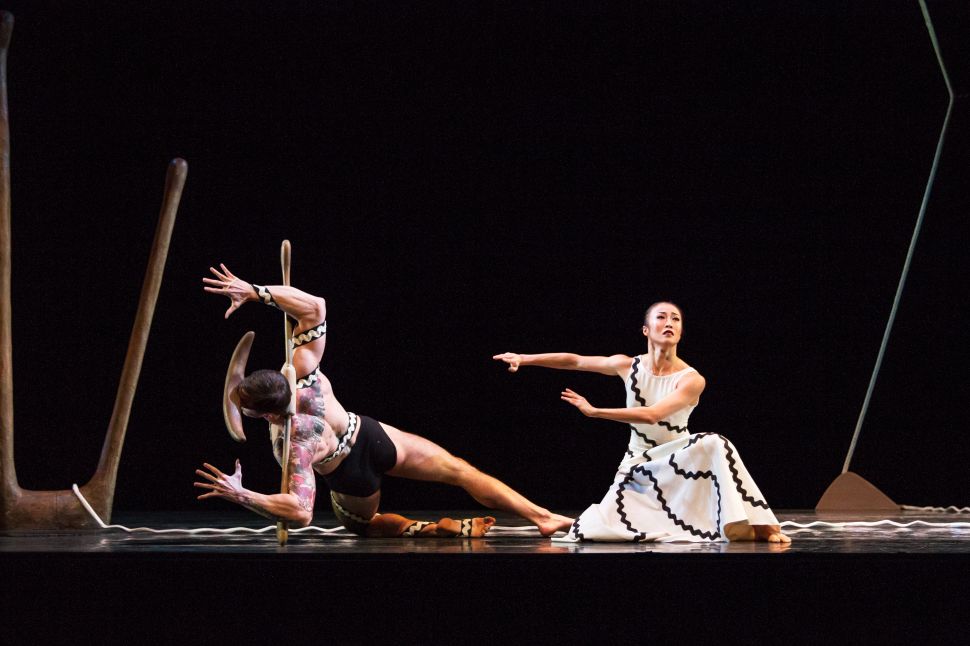