Power players navigating Hollywood’s current ecosystem must grapple with two major realities: First, we exist in a franchise-driven marketplace in which audiences are exceedingly drawn to proven commodities and wary of original or new-to-screen titles. Second, with more than 500 scripted series expected to air in 2019, the arms race of content creation has led to an explosion in showrunner salaries throughout the industry. Sony Pictures TV just responded to both those realities in one fell swoop.

Phil Lord and Chris Miller, the Oscar-winning producers of Spider-Man: Into the Spider-Verse and the popular directors of the rebooted 21 Jump Street franchise, have left their longtime home at 20th Century Fox TV following a competitive bidding war to join Sony. The writers-directors-producers ultimately scored themselves an ultra-lucrative five-year overall deal worth nine figures, per The Hollywood Reporter.

Not only will the duo create and develop their own TV projects for broadcast, cable and streaming, but they’ll also be responsible for creating a Marvel TV Universe populated by Sony’s Marvel characters. After several false starts, Sony is finally in the process of getting its big-screen shared cinematic universe off the ground. Now, it seems it wants the same for the small screen.

Characters will include Spider-Man and all his villains, including Green Goblin; Venom (a sequel to the film about the character, which starred Tom Hardy, is already in the works); Morbius (who’s getting a live-action feature starring Jared Leto); and Black Cat and Silver Sable (who also have films in development), according to THR. The heroes from Into the Spider-Verse may also enjoy their own spinoff.

Enlisting this pair was a smart move for Sony, who began working with them on 2009’s Cloudy With a Chance of Meatballs. The studio recently lost Seth Rogen and Evan Goldberg to Lionsgate, but rebounded by signing Homeland creators Howard Gordon and Alex Gansa. Lord and Miller have spent the past decade accruing goodwill across the industry thanks to a consistent track record of well-received projects and they have quickly become fan favorites, so having them onboard bodes well for the studio.

“This is a significant milestone for our television business, having the opportunity to work with two of the most creative forces in the industry in both our film and television businesses,” SPT chairman Mike Hopkins said. “Building on our strong IP and creating new franchises has been a key focus for SPE, and the best way to do that is to invest in remarkable storytellers like Phil and Chris.”

Lord and Miller had been with 20th Century Fox TV since 2013, producing Last Man on Earth (which starred Will Forte) and the short-lived Son of Zorn.

“We are so grateful to everyone at Sony Pictures Television for choosing to partner with us and expand our enduring relationship with the studio,” Lord and Miller said in a joint statement Monday. “Together we aim to make groundbreaking work of the highest quality and integrity, and to place that work in convenient proximity to your eyeballs and earholes, wherever you may be.”

In the short term, it looks like Disney is moving forward with Lord and Miller’s Fox film Artemis, based on the Andy Weir novel of the same name. 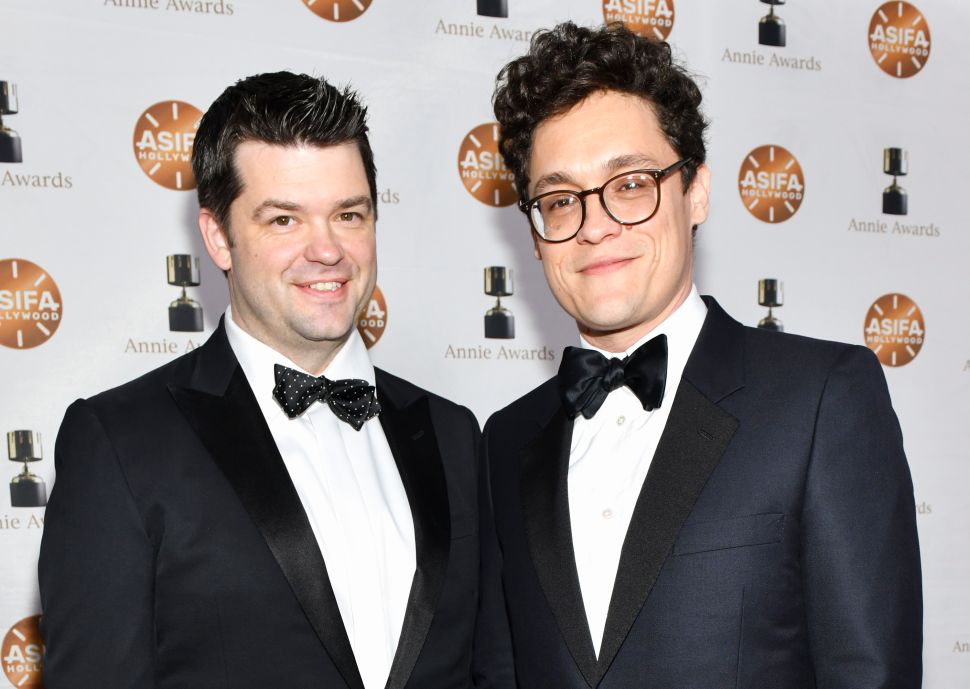