Prince Harry and Meghan Markle must already be feeling quite at home at Frogmore Cottage, as the couple may end up sharing one of their most important moments in the Windsor residence. The Duke and Duchess of Sussex are expecting their first child in the very near future, and Frogmore Cottage could be where it all goes down.

Details so far are scarce. The Palace released a statement that Prince Harry and Meghan are keeping their baby arrival plans under wraps and said that it will share the news with the public once the couple have “had an opportunity to celebrate privately as a new family.”

The pair have already decided against the private Lindo Wing at St. Mary’s, where Kate Middleton had Prince George, Princess Charlotte and Prince Louis. Instead, the Duchess of Sussex’s preferred choice is a home birth at Frogmore Cottage, per the Daily Mail.

Perhaps the pair have even managed to add a special room for the big event while working on all of their renovations—that would certainly explain the delays with their move to Windsor. While Meghan isn’t following in Kate’s footsteps, she is harkening back to another royal birth plan: Queen Elizabeth welcomed all of her four children in royal residences, not hospitals.

The Duchess of Sussex has already selected her own team of doctors, and even though she declined the Queen’s personal crew, the monarch’s regally approved medical team will be on standby just in case.

Another person who’ll likely show up? Meghan’s mother, Doria Ragland, who should feel right at home at Frogmore Cottage. The Sussexes’ renovations there included a separate suite for Ragland, who will be staying with the couple for a while after the baby is born.

Prince Harry and Meghan’s decision to keep mum also means we won’t be seeing a photo call akin to that of the Duke and Duchess of Cambridge, who stood outside the Lindo Wing for the press and public after their children’s births. The Sussexes will, however, release photos of the baby, reports Vanity Fair, though it won’t be until a few days later, depending on how Meghan is feeling.

While their shoot will stray from Prince William and Kate’s tradition, Prince Harry and Meghan already have the perfect backdrop—not only are they going all out making their new digs as homey as possible, but they also have a newly planted garden right outside. 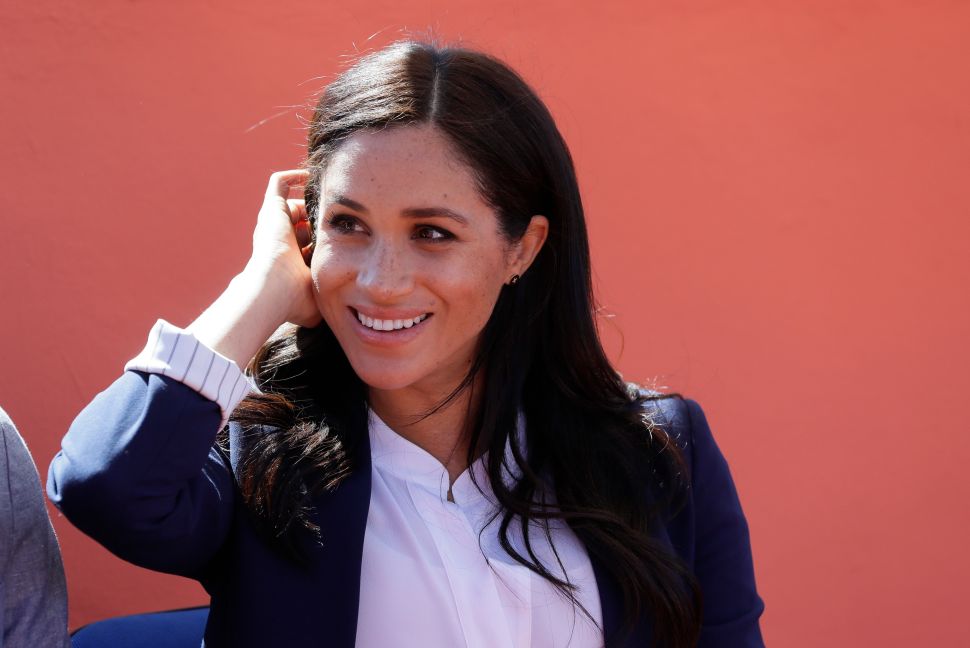