On August 16, 1819, tens of thousands of workers banded together at St. Peter’s Field in Manchester, England, to demand fair representation in parliament. Authorities declared the gathering an illegal assembly and attacked the crowd, killing at least a dozen and injuring hundreds. To commemorate this flash point in labor history on its 200th anniversary, veteran British filmmaker Mike Leigh has directed Peterloo, which dramatizes the events leading up to the massacre.

Leigh, well-known for his careful treatment of characters and naturalistic approach to drama, focuses on the nitty-gritty of political organizing and how it can sometimes snowball until tragedy. Observer spoke with the director over the phone about how he learned of the massacre, why he always strives to create relatable characters and why the story of Peterloo is eerily relevant today.

Observer: You could have approached this story in a number of different ways. What inspired you to put the massacre at the end and focus on the lead-up to it, as opposed to having it start the movie, or putting it in the middle?
Mike Leigh: You know when you’re watching that it’s leading to something horrendous. That sense of apprehension is what motivates the audience throughout the entire film. You know that it is going to end in tears. I wanted it to have that sense of foreboding. And to do anything other than structure it in a forward-facing, chronological way would seem to me to be synthetic or arty or like playing tricks for the sake of it.

Being from Manchester, were you familiar with this story growing up?
No! We hardly knew about it at all. You could get on a bus from my house when I was growing up and get down to where it happened in about a quarter of an hour and walk about there. And we didn’t know. Indeed, there were kids working on my shoot who didn’t know.

So when did you learn this history?
I can’t really remember when. Sometime in the ’70s or ’80s, I remember reading a book about it and thinking, You know what? Somebody ought to make a movie about this. At that time, it would not have occurred to me that that somebody might be me, because I assumed I was committed to putting contemporary life on the screen. But it turns out it was me, so there you go.

Were you inspired to do it now because the 200th anniversary of Peterloo is approaching?
Oh, definitely, yes. And it’s on August the 16th, in fact, so just in a couple of months’ time.

The film’s writing goes a long way to faithfully capture a range of dialects and speaking styles. What sort of research and work go into getting this correct?
There are two separate things, aren’t there? One is the dialect. The other is the nature of the language, particularly the kind of oratorical language that people use to give speeches. The latter is easily researchable, because a lot of the speeches that people made and the style of those speeches were recorded by newspapers, and people quoted their own speeches in their autobiographies and the like. A great deal of the language and dialect of middle-class people—again, that’s pretty easy to access. The year 1819 is not too terribly far away. It is very much within the recent memory we get from literature, from novels of the period and so forth. So our knowledge of the likes of Jane Austen and such helps. If you were to make a film set in the sixth or seventh centuries, it would be much harder to know how people really spoke in everyday life.

But then we get the vernacular of working-class Lancashire people. Partly, some of us know what that sounds like because we come from the area. I am old enough, having grown up in Manchester, to remember very old working-class people in the 1940s and ’50s when I was growing up. They would have been born in around 1870 or 1880, and they themselves would have known people who were old enough to have been at Peterloo. And so we have a sort of received sense of that time. On top of that, there are some helpful primary sources. One man who’s actually a character in the film, Samuel Bamford, wrote a book called The Dialects of South Lancashire, which was incredibly useful to us.

The other part of making dialogue convincing is ensuring it’s delivered in a natural way. I know you have a very rigorous rehearsal and preparation method with actors.
Yes. With all of my films, I spend a good six months or so preparing with the actors before we get out on location to shoot the film. Then, on location, we develop the themes and the action—that is, rehearsing the dialogue and making it precise. Because of the way I work, the writing and the performances and the delivery are all inseparable from one another.

I worked with a historian who guided everybody. Obviously, this kind of stuff only works with intelligent actors, and the cast really got into the research themselves. For example, one day, I and all the actors playing the magistrates went down to the National Archives at Kew in London. There, the archivists had laid out for us materials related to the figures they were playing. You see in the film how these magistrates are always writing to the Home Office—well, lots of those letters survive in the archives, so the actors were able to read things written by the people they were playing.

There’s a montage in which those magistrates are seen handling a variety of court cases. Is that, too, based on primary materials?
Each of those characters was an actual magistrate who existed, and each of those crimes was one that each of them actually tried, verbatim. And the punishments were the ones that they actually handed down. In the first one, the magistrate makes a joke about the woman he’s sentencing, and he actually said that.

Obviously, quite a lot in the film is invented, because you could read all the books in the world, but that doesn’t make characters exist in a three-dimensional, organic way in front of the camera. So there is a great deal of inventiveness on the go. But there is a huge amount of stuff that comes directly from what people actually did and said.

On that note, there’s one character, Joseph, who’s a veteran of Waterloo who’s later at Peterloo. He’s fictional, but I’ve read that there was indeed a Waterloo veteran who died at Peterloo.
Yes. The man you’re talking about is John Lees. There were actually quite a number of veterans at Peterloo, unfortunately. One of them, Lees, from Oldham, was injured and died two weeks later. There was a notorious inquest into his death, during which so much truth came out about what had really happened that the authorities stopped it. Now, I simply took Lees as a jumping-off point. Joseph and his family are a total invention. But it just suggested to me a useful emotional and structural device to link Waterloo and Peterloo.

Your other period films, like Mr. Turner and Topsy-Turvy, aren’t like most historical films out there. You find little textural details, like people struggling to learn to use phones in Topsy-Turvy, to flesh out the characters. There’s more in the details of daily life than in the mechanics of the plot.
When I made Topsy-Turvy, which was my first period film, I wanted to take the very unlikely chocolate-box subject of Gilbert and Sullivan and use it to say that these people are real people, just like the people in Naked and Secrets and Lies and all my other films. These are people doing their jobs and living their lives. It’s a matter of philosophy with the way one looks at them. I don’t look at them as stereotypes or as idealized heroes or heroines. They were people like you and me. They are vulnerable and have weaknesses, and I want to look at them in three dimensions.

To me, the way people are, what they do, how they work, how they interact—all of those are the fascinating things about them that make me want to make films. So in a way, it kind of looks after itself. I see the action naturally in terms of all the things you’re talking about. Obviously, one straddles the dual responsibility of minute detail and the broad strategy of the storytelling, but that is the ordinary business of constructing a drama.

I was struck by how many of the characters’ issues with labor and fair representation remain incredibly relevant.
Absolutely. Especially given that even in the time that’s elapsed since we began to prepare this film, which was the beginning of 2014, so much has shifted—and in a not very positive direction. Not least in the U.K., which is in a mess. You Americans have a mess too, and it comes from the same root causes: xenophobia, paranoia and ignorance. So the film is completely relevant. And it would be great for us to reflect on and lament about such matters of democracy. 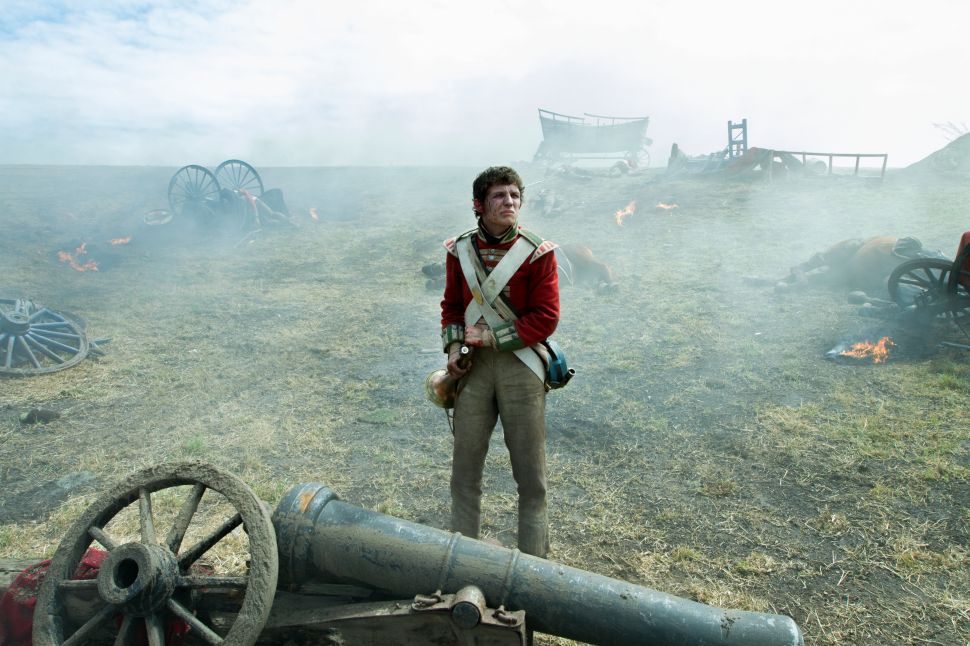