As reporters dissected the Mueller report on Thursday, Senate Majority Leader Mitch McConnell (R-K.Y.) announced his support for federal legislation which would change the national age for buying tobacco products from 18 to 21—in what appears to be a crackdown on vaping.

“For some time, I’ve been hearing from the parents who are seeing an unprecedented spike in vaping among their teenage children,” the senator said during a news conference in Louisville, Kentucky on Thursday. “By raising the age you could legally purchase to 21, tobacco won’t be in most high schools, presenting fewer opportunities for children to get their hands on vaping devices.”

“I hope and I expect this legislation to achieve strong bipartisan support in the Senate,” continued McConnell. “As you all know, I’m in a particularly good position to enact legislation. And this is going to be a top priority that I’ll be working on.”

The move to change the national age for purchasing tobacco is by no means unprecedented. So far, 11 states have raised the age, including Arkansas and Virginia. It is also not a controversial measure, as both Democrats and Big Tobacco seems friendly toward the policy. During a press conference two years ago, Senate Minority Chuck Schumer (D-N.Y.) held up the e-cigarette Juul, calling its popularity with teenagers “concerning” and “dangerous.”

“We commend Senator McConnell for announcing this legislation as we strongly support raising the purchasing age for all tobacco products, including vapor products, to 21 and have been actively supporting legislation to do this at the federal level and in states across the country,” Juul Labs CEO Kevin Burns told Observer in a statement, noting his company’s willingness “to work with lawmakers across the country to enact these effective policies.” 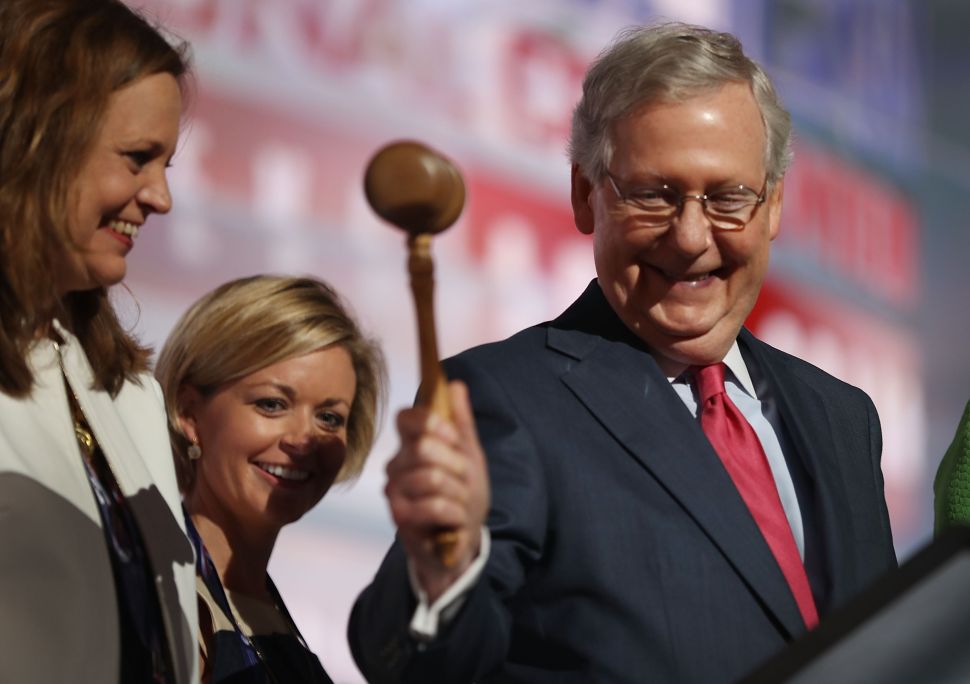