In 2019, there’s no escaping a live event despite not being there, thanks to the heavy social media output from those in attendance being plastered all over our feeds.

This is the case with many closely-watched live happenings around the world, from awards shows to music festivals. If you’ve ever tried tweeting a photo or uploading a Facebook video during a concert, you probably know the pain of a slowed-down connection.

These marquee events are a great reminder that our mobile networks are not always equipped to handle large data usage in a specific area. Take for example Monday’s Boston Marathon, which attracted about 500,000 people to the annual running event, and no doubt put tremendous pressure on the city’s mobile towers.

According to Global Wireless Solutions Event-O-Meter, which sets out to measure mobile network performance at national events, the service at the Boston Marathon was just “reasonable.” The firm tests the consumer connectivity experience when mobile networks are trying to accommodate heavy traffic at places like Times Square during New Year’s Eve and New Orleans during Mardi Gras, which tend to take a beating when attendants rush to upload their latest Insta Stories.

In Boston, mobile network providers had a OneScore of 76 on Monday, or “a C in terms of network performance,” the firm announced, which makes it an average performance for an event of its size, “although not as high as last year’s Boston Marathon score of 86.” The report did find that 100 percent of phone calls were made successfully, though video uploads took a slower-than-average 12 seconds and selfies needed about six seconds to reach followers, slower than other major events recently tested by GWS.

And while the networks “were able to hold their own” fairly well during the running event, the sheer amount of social media usage throughout the day is a sign there’s still much needed improvement in mobile network technology.

The good news is that the onslaught of faster, 5G networks popping up nationwide will likely bump that C grade higher in the coming years.

“It’s clear that the network operators are strongly competing in their own head-to-head race to 5G deployment; we can see the improvements and additions in advanced features in Boston over last year’s marathon—edging the networks closer and closer to the 5G finish line,” explained Dr. Paul Carter, CEO and founder of Global Wireless Solutions.

And technology is expected to go beyond 5G to provide mobile customers with a robust live event experience.

“It’s more than just meeting expectations, it’s about the future of digital experiences,” Greg Dorai, Cisco’s vice president of wireless product management for enterprise networking, told Observer. “Sports fans are voracious consumers of content and passionate in sharing that in the digital space. While venues may meet expectations now, there is often frustration and limited bandwidth.”

This is where upcoming technology like 5G and Wi-Fi 6 can help, Dorai explained, allowing for an almost unlimited sharing of photos, videos and other content.

“Imagine being at the New York City Marathon but having a virtual reality view of the finish line on your phone at the same time,” Dorai said. This is just one of many digital experience possibilities that faster networks can help provide large event attendees, as well as those watching at home. 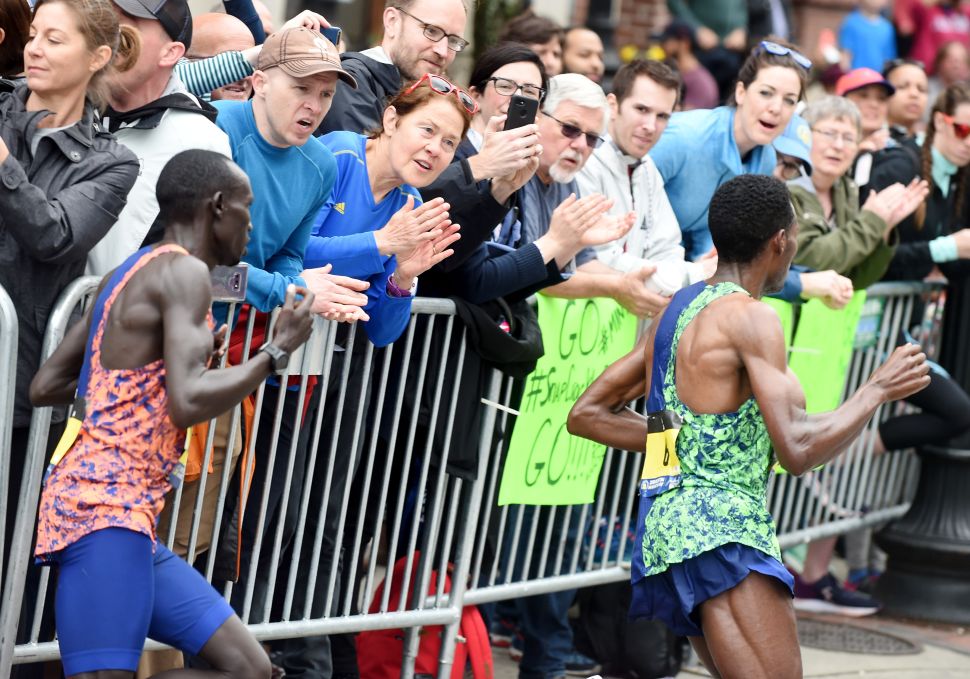