The Zionist Organization of America (ZOA), the oldest pro-Israel group in the United States, backed out of an event to be held at New York City’s Metropolitan Republican Club on Thursday evening.

“I’ve removed ZOA from having our name associated with said event,” the organization’s president Mort Klein told Observer in an email. “My people thought it was the Metropolitan Club not the Metropolitan Republican Club, and we had no knowledge of the speakers. We don’t do events with political parties ever.”

“Last year I founded a consultancy with a friend who is also active in GOP politics. The Yorkville Group is what we called it,” Reilly said during the club’s elections late last year. “It has provided services, not just to statewide candidates like [New York candidate] Jonathan Trichter, but to international political parties like Alternative fur Deutschland.”

AfD leaders have advocated for shooting migrant women and children, and have been placed under surveillance by Germany’s domestic security agency. In January, the party was banned “indefinitely” from attending Holocaust memorial services at the Buchenwald Concentration Camp after an AfD leader there said Berlin needed to “make a 180-degree change” to its Holocaust memorial policies.

After Trichter denied to The Daily Beast ever working with Reilly, the Yorkville Group scrubbed his name from its client portfolio list on the group’s website. The consultancy firm kept AfD, however, and changed its physical address to that of the Metropolitan Republican Club. As of writing, the group continues to list AfD as a client.

ZOA is listed as a co-sponsor alongside the Young Jewish Conservatives for Thursday’s event titled “Decoding the Results of the Israeli Election and Its Impact on U.S.-Israel Relations.”

“As part of our monthly Boot Camp 2.0 series, we invite you to join us and Young Jewish Conservatives for a post-election conversation on the new Israeli government and its effect on the Israeli-American alliance,” reads a description of the event on ZOA’s Fuel for Truth advocacy website.

On May 3, the Metropolitan Republican Club will host a Shabbat dinner for young Jewish conservatives.

ZOA’s Klein is currently testifying before Congress about the rise of hate crimes in the United States.

“As the son of Holocaust survivors, I have firsthand experiences with anti-Semitism,” Klein told the House Judiciary Committee on Tuesday. 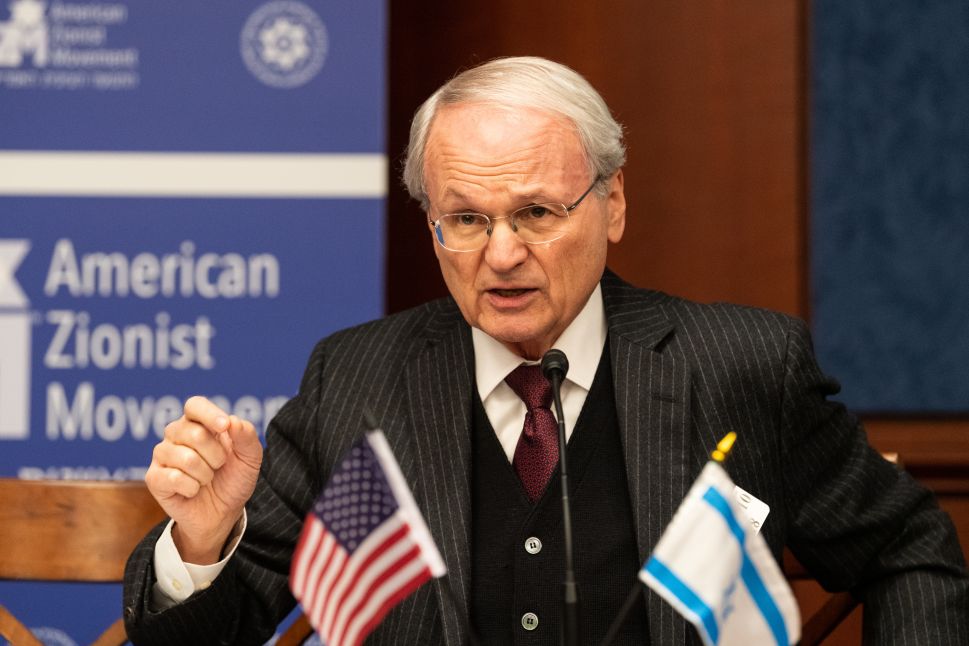