If you are a young, hardworking career climber who’s saved a small fortune and is looking to invest some of that money in a piece of collectible artwork but have no buying experience, the process gets pretty daunting pretty quickly.

Without any established open marketplaces or third-party authenticators, at the end of the day, the art world is all about who knows who and who you can trust as a dealer. Few people know this opaque trade better than Nanne Dekking, the former global head of private sales at Sotheby’s who has over 20 years of experience as an art dealer.

In 2016, Dekking quit his enviable job at Sotheby’s to found Artory, a blockchain-powered database that tracks the provenance of artwork using records from museums, auction houses, galleries and art fairs.

If successful, Artory will give the public free access to all of this artwork information, which used to be carefully guarded by dealers and museums, for the first time and could significantly disrupt the way art is traded.

As you can imagine, with so many interests at stake, it isn’t easy to convince dealers and museums to give away their precious art records to a public registry, although it’s imperative to have these relationships for Artory to function. “People are always threatened by innovation, especially in the art market,” Dekking told Observer.

Last month, Observer chatted with Dekking at Artory’s New York office about his dramatic transition from the dealer world to the startup scene, the resistance he’s faced when presenting Artory to the art community and how he convinced them that it’s not only harmless, but necessary, for art to embrace a bit of transparency in this age and time.

Given the level of digitalization society and businesses have embraced by now, it’s surprising to me that the art world has never had a one-stop online database for people to check an artwork’s transaction history until Artory came along. Why do you think the art world needs a digital registry now?
Before Artory, I was an art dealer for many years. What I found most surprising about the art business is that it’s all based on trust, instead of facts, especially when you’re talking about old masters or investment-type art.

Every artwork has information that determines its value. This includes the measurements, the literature written about it, the exhibitions where it has been shown, etc. But that information is very dispersed; it’s kept by museums and galleries in private archives. The art market is one where you want to keep this kind of information close to your chest, because it’s essentially how you make money because you know more than your client.

But these days, new buyers are completely different. They don’t want to be told something; they just want to know something. Rather than believing someone, they want to see evidence.

I always say that trust is only necessary when you don’t have all the information. For instance, I don’t have to trust you if I buy your house; I can go to the public registry for houses to easily find everything. And that’s something that didn’t exist for art. There’s no regulation that requires one, either. So, what we are trying to do is to make sure that buyers get the best information that they can.

Who are your earliest partners? And how did you set up the initial team for Artory?
When I was a dealer, one of my most important clients was Hasso Plattner—the founder of SAP. He was the person who gave me the idea, actually, and became our angel investor.

He was an atypical buyer—didn’t necessarily trust anyone. Surprised at the fact that the art business is all based on trust, he challenged me by saying that there must be a way that this business can be conducted much more efficiently—where you can immediately create more trust with your clients by showing rather than telling.

You know I was like 56 at the time, I’d done a lot in the art world. My last job was vice chairman at Sotheby’s. I felt that it was sort of an end station for a dealer, so I wanted to do something new.

Mr. Plattner has a big infrastructure in the tech world. So we set up our first tech team in Berlin, where the Hasso Plattner Institute is located. We also have a team in New York and a team in Bangkok. [Plus, the company also recently acquired the database Auction Club.]

Briefly, can you tell me how Artory works? What role does blockchain play in the process?
Basically, Artory keeps track of all the relevant events in the life cycle of an artwork. To give you an example, if Christie’s sells a work, they would send the transaction record, along with all other relevant information, to us. But before this information goes into our database, we do two things: First, we hash it, meaning that it’s encrypted so that no one can read it anymore. Then, it goes into the blockchain, which ensures that all records are timestamped and nobody can hack them.

That’s the only thing we do with blockchain. We don’t issue cryptocurrencies and all that stuff.

Sounds like to make it work you need to persuade all the auction houses, museums and other places where artwork transactions take place to hand you their closely guarded data.
Not necessarily. It helps if you do. You do have to start with some really good relationships, though. We are working with all the big auction houses right now.

I’m not against trust systems like Sotheby’s and Christie’s, but why would an owner have to rely on only someone telling him something? Actually, the fact that Christie’s is willing to publish their information publicly through blockchain means that the research they’ve done is quite good.

You were the head of private sales at Sotheby’s for just two and a half years before you quit to start Artory. Why did you leave Sotheby’s so quickly?
I really enjoyed it. The only thing was that I didn’t want to sell art anymore. I had done that. So at Sotheby’s, I was looking forward to taking a manager role to build big global sales department for private sales.

But in the end, when you work at big auction houses like Sotheby’s, they always want you to sell, even though you are not selling anymore. So I ended up having two jobs—I’m a worldwide manager traveling day and night, and whenever there’s an auction I’m bidding. Eventually it’s like, “Yeah, I’m done.”

How do you like your job now?
For me, starting this company was really something I liked. Because now, I’m completely independent from the trade; I can express what I really believe in.

Also, since I’m not a dealer anymore, I can be the board chairman of The European Fine Art Fair (TEFAF). One major thing I’ve done in that role is excluding dealers from the art fair’s vetting committee, so that only independent people—scholars, academics, museum experts, etc.—are allowed to review the artworks before they are put up for sale at the fair.

That’s very much in sync with my goal at Artory. It’s all about impartiality and transparency.

Have your older connections in the dealer world come in handy in this new business?
Absolutely. People are always threatened by innovation, especially in the art market. It helps a lot that I know everyone in the art market, because they are not so much threatened by me. If they have to hear about blockchain, they would rather hear it from me than some tech guy who only thinks about making a lot of money in the art world.

I think the fact that I know these people and I actually know my business very well makes me sort of a credible person to communicate with—although they still don’t like the changes.

What’s the main resistance from the art community?
First of all, a lot of people don’t understand blockchain. They have absolutely no idea what it is.

Of course, Artory won’t change everything. You know the analogy I always say is: After 9/11, whenever you travel, you are a potential terrorist. But if you get global entry, all of a sudden you can skip lines.

What we are creating is sort of a global entry for art. Most artworks have nothing wrong with them; 99 percent of the buyers are not money launderers; and 95 percent of the information auction houses and dealers give to their clients is accurate. So why be afraid of sharing information when there is a place to do so?

Earlier when you said new buyers these days are completely different than traditional art buyers, do you mean Millennials who grew up with the internet?
Exactly.

Have they started to buy art? I don’t personally know many art collectors in their 20s or 30s. I could be biased, of course. What trends do you see there?
That is indeed the problem. What I’ve noticed is that a lot of young people are interested in art but don’t buy art because they think it’s a different world. You have to walk into a gallery where nobody welcomes you if they don’t know you. It’s very much a world where everybody knows each other, so it’s sort of a complicated experience to start to engage with the art market.

Globally, the art market is about $60 billion for private sales and auctions, which is relatively small. That number is equivalent to the annual revenue of a computer company or the amount of money people spend on hotels in California, which is just one state in America.

The dealer community always looks at people who’ve already bought art, not people who should buy art. Artory could change that, too, because what if you don’t have to court a gallery owner and instead find everything you need in a public database?

So you are saying that the resistance is psychological in nature?
Exactly. Once I had a dealer of old master paintings at TEFAF come to me and said, “You should stop talking about vetting, vetting, vetting. It only makes people insecure as if I don’t know what I’m doing.” I said, “I never said you don’t know what you’re doing. I’m only saying don’t just think about yourself. Think about buyers.” If you really know what you’re doing, why would you be afraid of an independent look at what you’re selling?

Correction: A previous version of this article incorrectly stated that Artory had recently acquired an auction house in Bangkok. Artory did not acquire an auction house and does not sell art. The piece has been corrected, as well as updated to reflect the company’s acquisition of Auction Club, a data company that collects public auction sales data.

Observer’s inaugural Business of Art Observed on May 21st in New York is the premier event for art industry professionals. Join us for a half-day of talks, live debates and networking sessions with key industry players. The world’s leading art firms, galleries, museums and auction houses will converge to share what’s disrupting the industry today. Don’t miss out, register now! 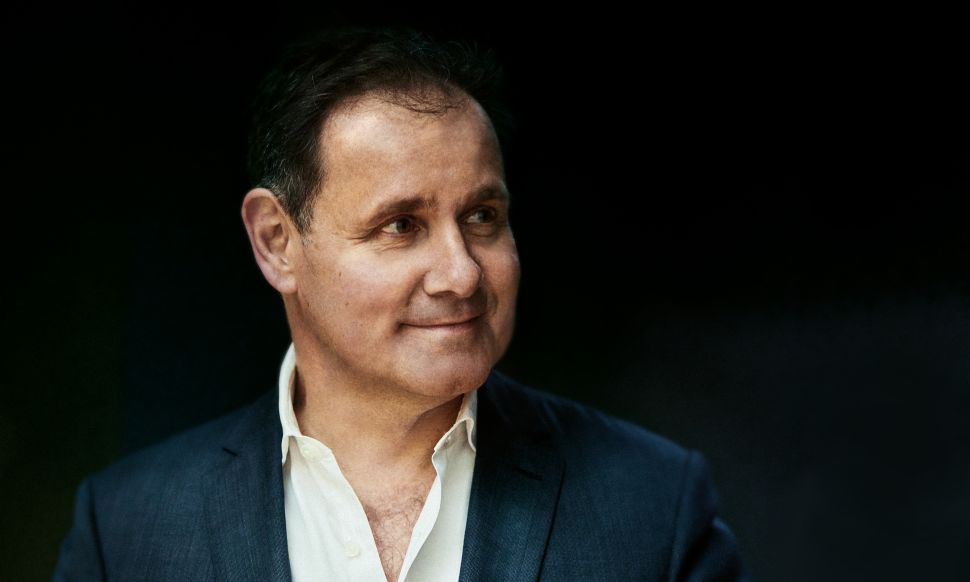