As a top aide to Hillary Clinton in 2008, Neera Tanden physically attacked a journalist who asked the then-presidential candidate a question about the Iraq War.

The former reporter, Faiz Shakir, at the time served as chief editor of ThinkProgress—the media outlet arm of the Clinton-allied organization Center for American Progress (CAP). One person present during the altercation told The New York Times that Tanden punched him in the chest simply for questioning Clinton’s past support for the invasion.

“I didn’t slug him, I pushed him,” Tanden conceded to the publication.

The incident is now being rehashed amid an ongoing feud between CAP (where Tanden now serves as president) and Senator Bernie Sanders’ (I-Vt.) presidential campaign (which Shakir is overseeing)—a microcosm of the schism dividing Democratic and progressive leadership. Over the weekend, the 2020 hopeful sent a letter accusing the organization of playing a “destructive role” in the “critical mission to defeat Donald Trump,” taking issue with one recent ThinkProgress video attacking him for his millionaire credentials and socialist platform.

On Monday, Tanden issued a statement asserting that ThinkProgress is “editorially independent of CAP,” and called the video in question “overly harsh.” The mother of CAP’s president, however, predicts her daughter is just getting started attacking the progressive wing of the party.

“She’s not going to let anyone rule over her,” Maya Tanden told the Times, “and she has loyalty to Hillary because Hillary is the one who made her.”

“Those Bernie brothers are attacking her all the time, but she lets them have it, too,” continued the elder Tanden. “She says Sanders got a pass [in 2016] but he’s not getting a pass this time.” 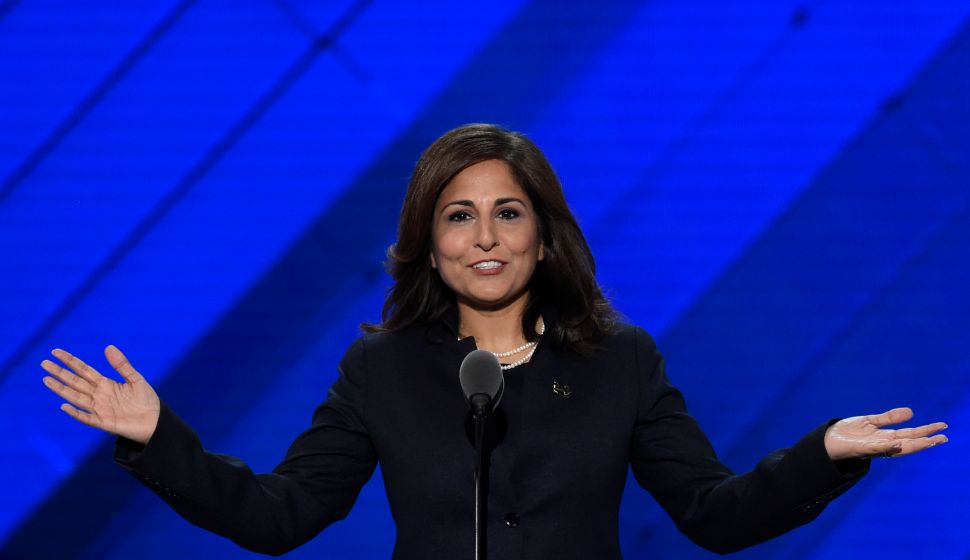