On Tuesday, the week of the NFL Draft, wide receiver Marcus Campbell isn’t poring over a playbook, or watching ESPN to follow his draft stock. He’s in his American Experience college class, reading a Horatio Alger “rags-to-riches” story from the 1800s, wondering if he will be like the lucky protagonist in the tale, getting his big chance to play professional football.

Far away from Kyler Murray, Nick Bosa and the other football phenoms whose only worry about numbers will be 1, 2 or 3, Campbell, who plays for the Division III LaGrange College, knows he’s a long shot to be picked by an NFL team. At this point, he’d settle for being “Mr. Irrelevant,” the name bequeathed to the last player drafted every year, a practice that began in the mid-1970s.

Campbell is also reading Harlon Dalton’s critique of Horatio Alger stories. According to Dalton, race, gender and socioeconomic class are barriers to success. As a young African American, the LaGrange College player, known to fans as MC13, probably knows this better than Dalton, or even his professor. As a Division III player, he knows the uphill climb he faces.

“I’ve faced challenges of having my talent and potential slept on,” Campbell admitted. “I’ve endured sports politics where I felt that I should have been a key contributor to the team but wasn’t utilized. I’ve also had to face challenges of playing with certain guys who did not match my passion for the game or crave success as much as I do.”

Yes, the odds are not in Marcus Campbell’s favor. Of the more than 73,000 NCAA collegians who play football, only 16,000 are draft eligible. Only a few more than 250 are taken each year, or 1.6 percent of the total. That’s a far smaller percentage than collegiate baseball players, or even collegiate hockey players who get the call from the pros. And playing in the NCAA Division III league, Campbell’s chances are about as good as me making a football field goal.

And yet, this is the role he craves, much like the long shot heroes in American history. “I would say it’s great away from the limelight and being the ‘underdog’ or ‘Cinderella story’ in a sense,” Campbell said.  Many on campus know who the player from Athens, Georgia, is and are rooting for him, even if he’s not at a college with tens of thousands of fans.

In fact, Mr. Irrelevants have actually made the rosters of the teams that drafted them more often than not. Some have played in Super Bowls, and some have become key starters, like placekicker Ryan Succop with the Tennessee Titans.

Later in class, we’re watching the movie The Pursuit of Happyness, in which Will Smith plays the real life Alger story of Chris Gardner, who made it big in business. Ironically, that’s what Campbell is into, as a marketing and entrepreneurship major.

“My classroom experience has prepared me to play professional football by enhancing my ability to be professional,” Campbell explained. “It also empowered me to better understand that no obstacle is large enough to stop me with God on my side. Throughout the hardships, dark times, and times where my vision was cloudy, my faith always landed me on my feet.”

So, how did this passion for sports begin, and who are Campbell’s own heroes? “I had only played two years of peewee football in my career until I started taking the game seriously in 8th grade. Ultimately, when I think back to what got me excited about playing football were the days my Uncle Scott used to play ball with me and my big cousin in the yard all day. I have multiple people who I view as role models. The main two are my parents who I view as superheroes.”

Campbell has his own player he’d like to emulate the most. “The NFL player I admire the most is Odell [Beckham Jr.] because of the swag he brings to the game along with a fiery passion to be great and win,” said Campbell. “The guy is so creative and innovative in his game, which is what I love about playing wide receiver.” Campbell even wears Beckham’s number.

On Draft Day, he’ll be by a phone, waiting for that shot. But life’s not over if he doesn’t gets picked. “If I don’t get drafted, I would be willing to either try to sign as a free agent in the NFL or play in any other league that would give me a shot,” he said. And that could mean the Canadian Football League (CFL), the XFL (a soon-to-launch spring football league) or even professional football played abroad in Europe or Asia.

But what if he is drafted, and the dream comes true?

“With my calm demeanor and quiet confidence, I feel like that gives me a chance to wow a team with my passion and will to win each battle I may encounter,” Campbell added. “What makes me special is how I soak up [a] game like a sponge; especially the little things. I am also very coachable with a great work ethic.”

Despite being in a position many athletes dream of but few can succeed at, Campbell keeps a different kind of faith, perhaps one more powerful than any other. “Through it all, I’ve learned that my faith in God will take me anywhere I desire. The main thing is keeping my relationship with God strong, staying true to myself and keeping a leveled head through it all.”

You can read more about Marcus Campbell here at his NFL Draft profile site. 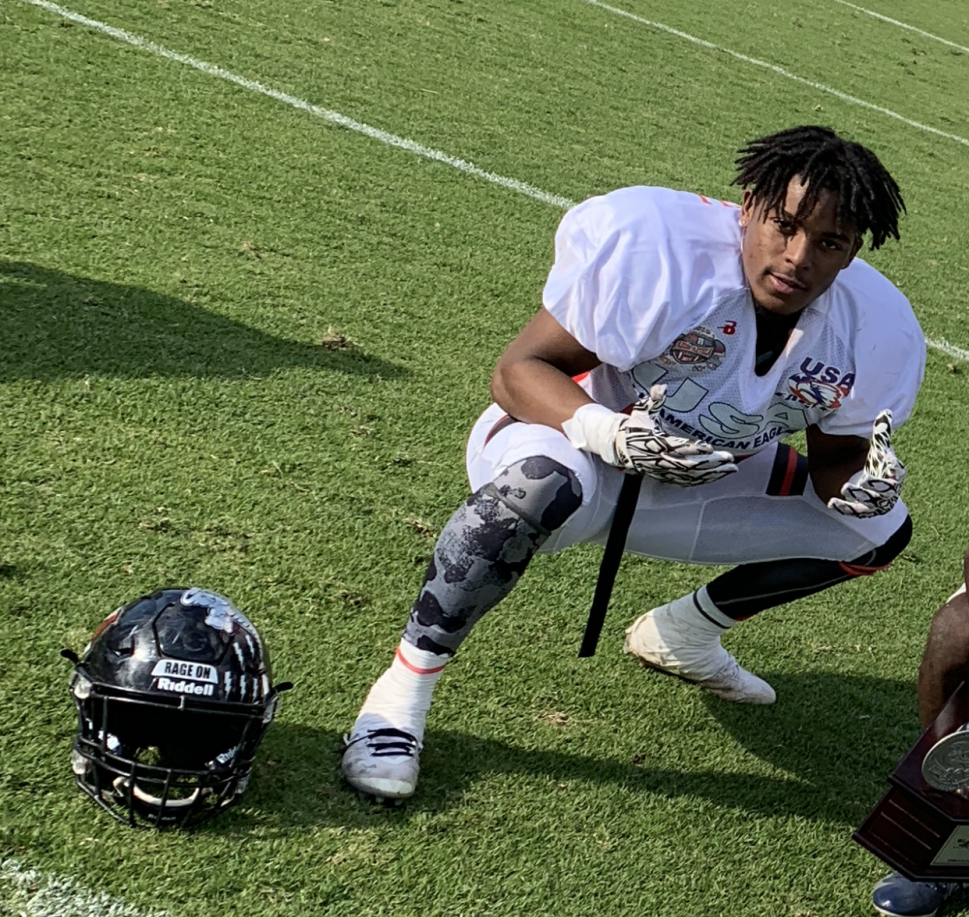