Sen. Cory Booker has already announced he’s running for president. On Saturday, he officially kicked off his campaign.

As NJ.com reports, Booker held a rally in Newark, the city where he was once mayor, to focus on his “Justice for All” message.

Booker faces an uphill climb in a crowded Democratic field. While his campaign has already raised $5 million through the end of March, that’s less than a third of the $18 million raised by Vermont Sen. Bernie Sanders and less than half of the $12 million raised by California Sen. Kamala Harris, NJ.com said.

During the kickoff, Booker touched on some of his campaign promises, including a $1,000 grant to every child that can be used for education or housing when the child turns 18, according to the report.
And in a polarized nation, Booker promised to take the high road, not trying to divide people but instead searching for common ground.

Quote of the Day: “It seems extremely strange that that intersection, and only that intersection, has been recently repaved and that Jon Bon Jovi is hosting a ‘Fund Raiser’ for Cory Booker at his residence in the very near future. Could there be a connection there?” — A Middletown resident, on the state recently paving an intersection Route 35 and Navisink Road, near where Gov. Phil Murphy and Bon Jovi live.

Torture Does Happen in NJ Prisons, Former Inmates Say. It’s Called Solitary Confinement.
Under international law, more than 15 days of isolated confinement can be considered to be torture. Yet in New Jersey, some people are held in isolation for months. For 22-23 hours a day they are left only with a bed and their thoughts in a room that’s typically no more than eight by 10 feet.
NJ.com Read more

Cory Booker 2020 National Campaign Kicks Off in Newark, Highlighting Social Justice Mission
At a park in the heart of his adopted hometown, Cory Booker sought to rev up his supporters and reinvigorate his presidential campaign, which has yet to stand out from other Democratic hopefuls.
The Record Read more

NJ’s Noveck Explains How Murphy Administration Aims to Bolster Economy Through Innovation
The crowd was a testament to the revitalization of the state’s innovation economy, said Beth Simone Noveck.
ROI-NJ Read more

Gas Prices Keep Rising in New Jersey, Will Continue to Climb
Gas prices are still climbing in New Jersey and across the nation, and analysts warn drivers to expect more of the same for another few weeks.
The Record Read more

Dump Immigrant Detainees in ‘Sanctuary’ NJ? Trump Strongly Looking at It
If President Donald Trump had his way, federal authorities might be dropping off immigrant detainees in places not far from his Somerset County golf club.
NJ101.5 Read more

March for Peace Hits the Streets of Paterson
In a protest against gun violence, over a hundred area residents, government officials,
law enforcement officers and members of the clergy participated in Saturday’s 13th Annual March for Peace, spearheaded by Paterson’s CeaseFire group.
The Record Read more

Despite Objections From Some Neighbors, Voorhees Approves a Zoning Change That Would Allow a World Peace ‘Think Tank’ to Be Built
Paritosh Chakrabarti arrived in the United States decades ago from India fresh out of college, with $8 in his pocket and an outsize ambition.
Inquirer Read more 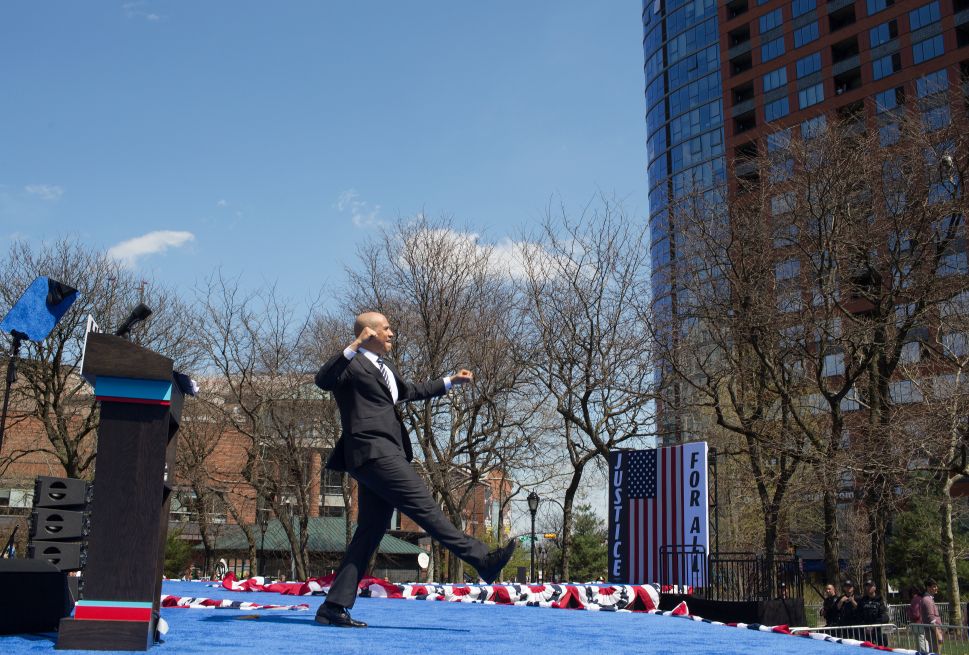