There’s been a lot of talk about how the limit on state and local tax deductions included in the Republican tax overhaul will drive people from high-tax states.

But according to NJ.com, a new report by Moody’s Investors Service has found “no discernible signs yet” that the $10,000 cap on SALT deductions is leading to increased outmigration.

The Moody’s report notes that this year is the first that taxpayers will feel the full force of the limit on deductions, so the jury is still out on its overall impact. But the investor service also notes that job availability and demographic trends also have an impact on where people choose to live, according to the NJ.com report.

Moody’s also said it found the rate of people leaving high-tax states isn’t much different from those leaving lower-tax states, according to NJ.com, with Moodys saying that New Jersey ranked 29th in outmigration in 2017.

That’s a big difference from The United Van Lines National Movers Study, which has found the state leading the nation in outmigration.

The Moody’s report also found that many people moving out of high-tax states are moving to other high-tax environments for employment.

The bigger problem for New Jersey may be its poor business climate—it ranks 38th in job growth since 2010. This encourages people to leave the state looking for opportunities while discouraging other people from moving here, Moody’s said.

Quote of the Day: “Why is he opposing every other one, but not (North Bergen)? That won’t create any energy for the people of New Jersey,” — former Gov. Chris Christie on Gov. Phil Murphy’s support for the Meadowlands power plant.

Poll: New Jersey Politicians Not Winning Any Popularity Contests
U.S. Senator and presidential candidate Cory Booker is the most popular statewide elected official in New Jersey, but the Democrat’s numbers are less than stellar, according to a new poll released Tuesday.
Politico Read more

Poll: NJ’s Roads Need Major Repair, Paid for (Preferably) by Federal Government
New Jersey’s road infrastructure is in desperate need of a major overhaul, and according to a new Stockton University Poll released Monday, people wand the federal government to pay for it.
ROI-NJ Read more

Pay to Play Filings for 2018 Show Dip in Political Contributions by Contractors
Firms with public contracts in New Jersey gave more than $9 million to political candidates and committees at all levels of government last year, a drop from 2017 that was to be expected in a year without many statewide offices on the ballot, according to the state’s campaign watchdog.
NJSpotlight Read more

Murphy Is a ‘Hypocrite’ on Meadowlands Power Plant, Christie Says, and Environmentalists Actually Agree
When it comes to fossil fuels, Gov. Phil Murphy is catching heat from all sides. And nothing epitomizes the situation more than a proposed power plant in the Meadowlands.
NJ.com Read more

The 2020 Census Is Coming: What Is NJ Doing to Ensure an Accurate Count?
Emmanuel Kuyateh was not counted during the 2010 U.S. Census, and neither was his son, who was 13 years old at the time. But Kuyateh now says that when the 2020 census is conducted next year, he’ll fill out the survey and encourage other immigrants to do the same.
The Record Read more

During Campus Protest, Rutgers Faculty Threaten to Strike
Rutgers University faculty members and graduate workers who protested on the Newark campus Tuesday had a sharp message to the university’s board of governors: Classes will shut down if they don’t agree on a new contract soon.
The Record Read more

State Orders Agency to Curb Noxious Fumes From Meadowlands Landfill
Environmental officials have ordered a state agency to curb elevated levels of a noxious gas wafting from the last operating landfill in the Meadowlands after already citing the agency for allowing sewage to be dumped there.
The Record Read more

Lacey School District on Alert After Student Ill With Possible Measles
It will be a few days before officials know for sure whether the Ocean County measles outbreak has spread beyond Lakewood.
NJ101.5 Read more 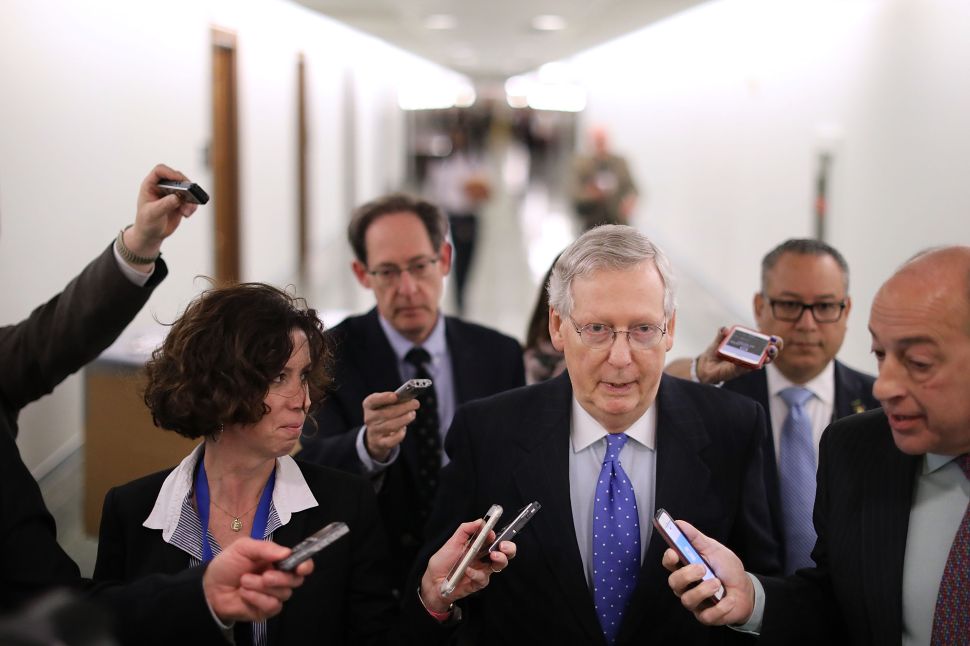