The vice chairperson of the state Democratic Committee and a close political ally of Gov. Phil Murphy has resigned her position as the head of the state Schools Development Authority amid a hiring scandal. She allegedly fired longtime employees and replaced them with about three dozen friends, family and business associates, many of whom were placed in jobs paying more than $100,000 annually and some of whom did not have the required qualifications for the positions, The Record reports.

Lizette Delgado-Polanco’s resignation comes as Senate President Steve Sweeney vowed that she would face tough questioning when appearing before a Senate Committee later this month. Sweeney has expressed shocked that Delgado-Polanco continued to be employed by the state, and he even said the scandal-plagued SDA should be eliminated.

At an Assembly committee hearing earlier this month, Delgado-Polanco—who, the Record reported, has also inflated her education credentials at times—contended there was nothing wrong with her hiring practices, but also refused to answer many questions about them.

The SDA is responsible for building schools in poor districts. It has run out of money and Delgado-Polanco was seeking billions in new state funding.

In her resignation letter, Delgado-Polanco said she was proud of the work she has done at the SDA, the Record reports. New Jersey Republican leaders have said that her resignation should not stop investigations into how she ran the SDA and its hiring practices.

Quote of the Day: “The resignation of Lizette Delgado-Polanco should not be viewed as a ‘get out of jail free’ card for either the SDA or the Murphy administration,” — State Senate Minority Leader Thomas Kean Jr., calling for investigations into the embattled agency to continue.

It Was an Obscure NJ Agency. Now It’s the Center of a Heated Political Drama Between the State’s Top Leaders.
The governor asked them to resign last week. But they called his bluff, blatantly ignoring his request.
NJ.com Read more

NJ’s Former Republican Governor Says Trump Acts Like a Dictator
Former Gov. Christine Todd Whitman blasted President Donald Trump as a “dictator” in a series of messages on Twitter about the release of the Mueller Report.
NJ101.5 Read more

Nate Silver: Cory Booker Leads Presidential Candidates in This Important Test of Strength
We know what you’re thinking. Who gives a hoot about how many endorsements candidates for president get from fellow politicians?
NJ.com Read more

Next Year You Won’t Be Able to Use Your Driver’s License to Get on a Plane, but NJ Isn’t Giving Out New IDs Just Yet
A federal mandate will make your current New Jersey driver’s license useless if you want to use it to fly from any U.S. airport unless you upgrade the identification card to a more secure “Real ID” license by October 2020. But, while most other states have already started issuing the Real IDs, no one in New Jersey has been given the new licenses yet.
NJ.com Read more

Rutgers Handed Out $5.5M in ‘Incentive’ Bonuses Last Year. Here’s Who Got the Fattest Checks.
Doing a good job at New Jersey’s largest university lead to a big payoff for some top administrators and professors under an “incentive pay” program that paid out more than $5.5 million last year.
NJ.com Read more

A List of the NJ Communities Who Say No to Sanctuary State Rules
Ever since the state enacted new rules in March for dealing with federal immigration authorities, there has been local pushback in communities that view the directive as a possible obstacle to deterring crime.
NJ101.5 Read more

Paterson’s Andre Sayegh Took in $103K in Campaign Donations in First Quarter
Mayor Andre Sayegh collected $103,000 in political contributions during the past three months, getting a head start on an election that isn’t scheduled until 2022, according to finance reports made public this week.
The Record Read more

Opinion: A Surplus Account Is Not the Same as a Rainy Day Account
Some folks believe a surplus fund is the same as a rainy-day fund; in fact, many discussions and articles use these terms interchangeably. But they are not the same. New Jersey has a rainy-day fund but there is no money in it (in statute it is technically referred to as a surplus-revenue fund).
NJSpotlight Read more 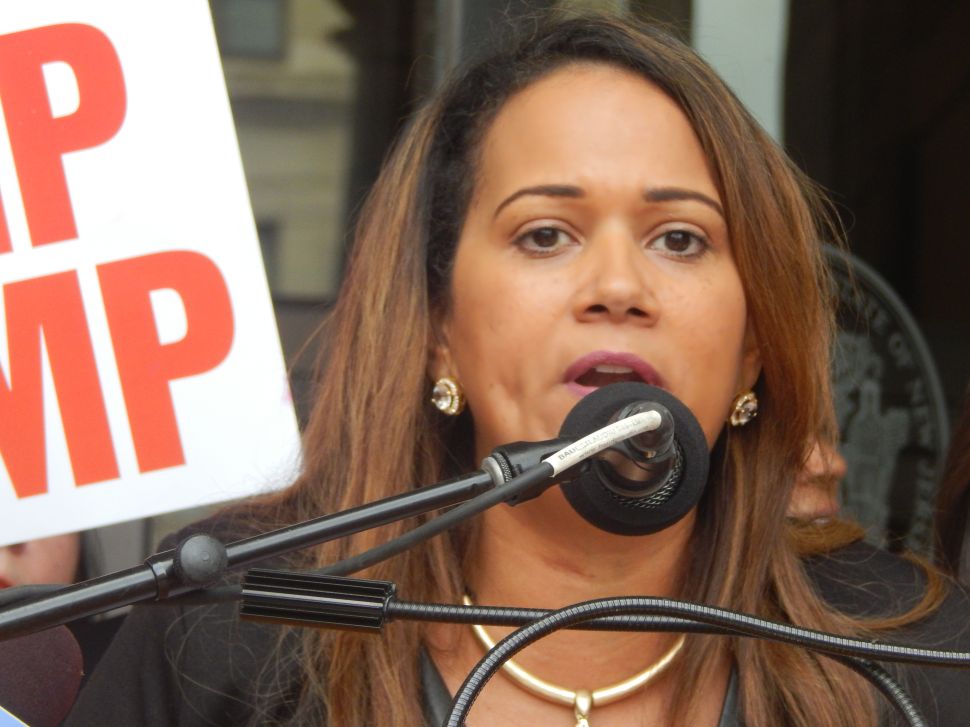