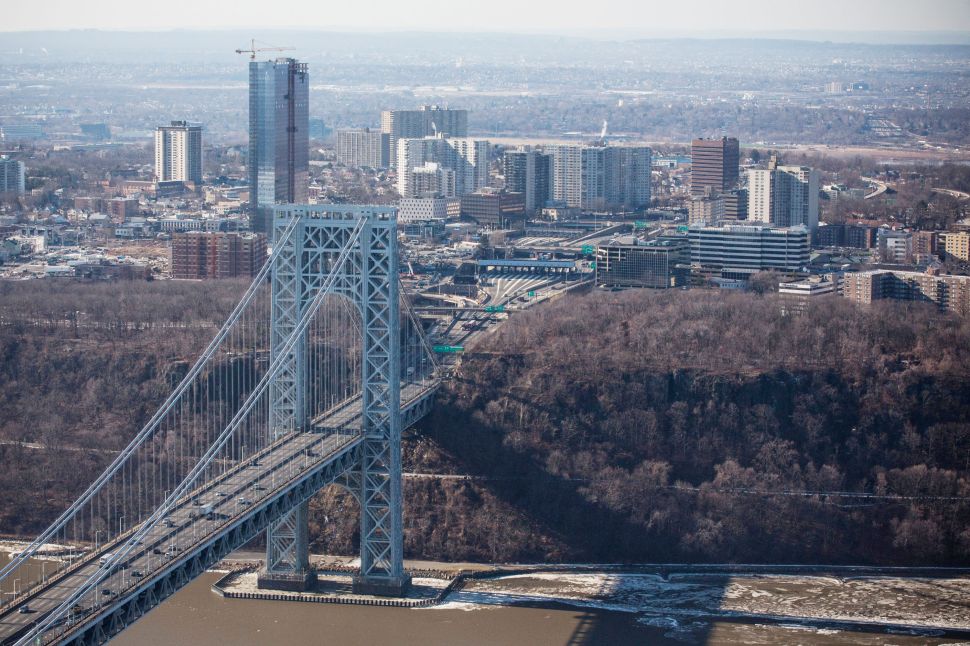 The New Jersey side of the George Washington Bridge. Andrew Burton/Getty Images

The Record reports that Gov. Phil Murphy on Wednesday announced that he and Cuomo had reached a “conceptual understanding” that would exempt drivers who pay tolls for the Lincoln and Holland tunnels as well as the George Washington Bridge from also paying the controversial congestion charge.

But that was news to Pat Foye, chairman and CEO of the Metropolitan Transportation Authority, which will ultimately benefit from the pricing scheme. Foye on Wednesday bluntly said he had “no idea what (Murphy) is talking about,” according to the Record.

Murphy conceded that the MTA will have final say over who receives exemptions from the congestion plan, but promised that the state “will have a seat at the table” as planning for the fee moves forward, and assured drivers using the river crossings they “can breathe a little easier.”

Quote of the Day: “Mr. Christie, you are a bully, and the days of you calling me a liar and destroying my life are over,” — Bridget Anne Kelly, after being re-sentenced Wednesday to 13 months in prison for her role in the Bridgegate scandal.

State Tax Revenue Growth in NJ Lags Behind Most Other States
A new, independent analysis of state tax-collection figures puts New Jersey among a handful of states with budgets that have still not made up all of the ground lost to the Great Recession, while in the rest of the country revenues have surged well beyond pre-downturn levels.
NJSpotlight Read more

NJ Is Still Struggling With Lung-Burning Smog
According to the American Lung Association’s 2019 “State of the Air” report, the Garden State is continuing to struggle with ground level ozone pollution—also called smog. It’s a problem that threatens millions of at-risk New Jerseyans—children, elderly people, and people with respiratory and other health issues.
nj.com Read more

Which NJ Ports Are Potential Offshore Wind Industry Hubs?
The state is beginning to inventory port facilities across New Jersey that could function as hubs for economic growth as part of the Murphy administration’s ambitious agenda to create a robust offshore-wind industry.
NJSPotlight Read more

Homes in NJ, Northeast Least Likely to Be Burglarized
A new report from the security website asecurelife.com shows New Jersey ranked as the No. 9 state with the fewest home break-ins this year.
NJ101.5 Read more

Editorial: This NJ Agency Screwed Up, With Billions at Stake
Gov. Phil Murphy is facing pushback from a powerful Democratic rival and his predecessor, Chris Christie, after asking people who oversaw the sloppy awarding of tax breaks to resign.
NJ.com Read more

Jersey Shore Mayor Says His Town Will Take the Kate Smith Statue Removed by Flyers Amid Racial Controversy
Hours after saying Wildwood will continue playing Kate Smith’s rendition of “God Bless America,” on its boardwalk, the mayor of the Jersey Shore town went a step further by offering to provide a new home for the statue of the now-controversial singer shrouded and then removed from outside the Philadelphia Flyers’ arena.
NJ.com Read more

Prosecutor Says Police Boss Used Bigoted Terms
It’s a police department in turmoil. The civilian and uniformed leaders of the city’s police department have both been accused of misconduct while prosecutors are taking over one of the department’s functions.
NJ101.5 Read more