Notre Dame Cathedral, one of the most iconic cultural landmarks in Paris, was seriously damaged by a voracious fire on Monday night. The 850-year-old cathedral’s wooden spire was completely destroyed in the fire, while the main stone structure was saved by firefighters.

The day after the voracious fire was put out, France’s president Emmanuel Macron delivered a national address in which he vowed to restore the cathedral within five years.

Several major French companies and their wealthy owners, along with American tech giants, have already started to piece together a reconstruction project, collectively pledging over €640 million ($724 million) to repair the famed cathedral.

French billionaire Bernard Arnault, the owner of luxury conglomerate LVMH Group, whose product portfolio features Louis Vuitton, Sephora and Moët & Chandon champagne, has pledged €200 million ($226 million) toward reconstruction. The company said it would also give the French government access to its creative, architectural and financial experts to assist in the restoration.

“This tragedy is striking all the French people, and beyond that, all those attached to spiritual values. Faced with this tragedy, everyone wishes to give life back to this jewel of our heritage as soon as possible,” Artemis chairman François-Henri Pinault said in a statement on Tuesday.

Meanwhile, French cosmetics group L’Oreal and its majority shareholder, the Bettencourt Meyers family, have said they would donate €200 million ($226 million).

Air France said it would provide free transportation for all official partners involved in the reconstructing project.

Across the ocean, Apple is also ready to offer a hand. “Apple will be donating to the rebuilding efforts to help restore Notre Dame’s precious heritage for future generations,” CEO Tim Cook tweeted on Tuesday.

We are heartbroken for the French people and those around the world for whom Notre Dame is a symbol of hope. Relieved that everyone is safe. Apple will be donating to the rebuilding efforts to help restore Notre Dame’s precious heritage for future generations.🇫🇷

Apple is the only American company that has offered to help rebuild Notre Dame so far. The White House said on Tuesday that President Donald Trump had expressed his condolences in a call with Macron.

“France is the oldest ally of the United States, and we remember with grateful hearts the tolling of Notre Dame’s bells on September 12, 2001, in solemn recognition of the tragic September 11th attacks on American soil,” White House press secretary Sarah Sanders said in a statement on Tuesday. “Those bells will sound again… Vive la France!” 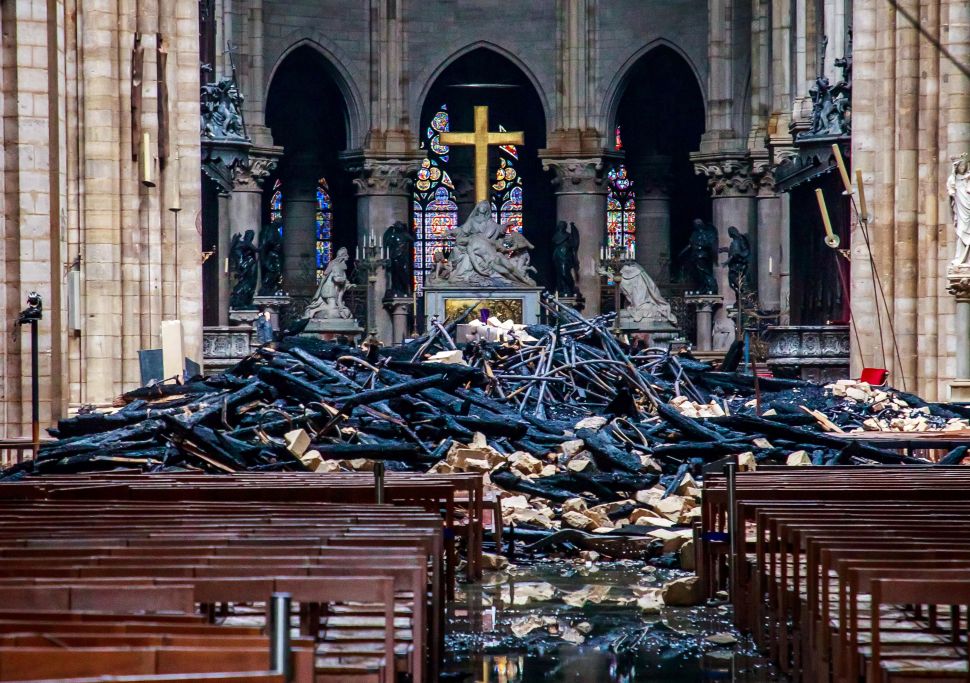