Patrick Soon-Shiong, the California pharmaceutical billionaire who bought The Los Angeles Times and its sister newspaper, San Diego Union-Tribune, from Tronc last year, has been sued by a San Diego biopharma company for orchestrating a “catch and kill” scheme to kill a promising cancer drug in order to protect the market dominance of a very expensive competing drug invented by himself.

The plaintiff, Sorrento Therapeutics, filed two lawsuits—an arbitration compliant and a civil suit—on Wednesday against Soon-Shiong and his pharmaceutical company, NantPharma, for acquiring the rights to one of its cancer drugs, called Cynviloq, in 2015 but later intentionally blocking it from reaching the market. Forbes first reported the court filings.

Cynviloq was modeled after Abraxane, a cancer drug famously invented by Soon-Shiong, and was lauded as a hopefully cheaper alternative to Abraxane, which sells for $1,378 per dose in the U.S. and has no direct competition.

In 2015, Song-Shiong’s NantPharma purchased the rights to Cynviloq for a $90 million up-front cash payment and promised to pay $1.2 billion in addition if certain regulatory hurdles were cleared, including an approval from the U.S. Food and Drug Administration (FDA).

Around the same time, NantPharma and Sorrento also formed a $100 million cancer research venture called Immunotherapy NANTibody with NantPharma owning 60 percent of the shares and Sorrento holding the remaining 40 percent.

But, by mid-2016, Soon-Shiong had stopped pushing forward with Cynviloq’s FDA approval and let critical patents lapse, Sorrento alleges in the arbitration complaint.

And, a year later, Soon-Shiong secretly arranged a transaction to sell the Cynviloq assets (which his firm owned) to Immunotherapy NANTibody for $90.05 million without consulting the joint venture’s board, the plaintiff claims in the civil suit. In other words, Soon-Shiong redirected nearly all the money from the joint venture back to himself while still maintaining control over Cynviloq because he held the majority ownership in the joint venture.

Sorrento seeks to recoup the $90.05 million payment to Soon-Shiong through the civil suit and damages of $1 billion through the arbitration complaint.

Soon-Shiong denied any wrongdoing and called the lawsuit “a cynical attempt to deflect from Sorrento’s own breach of contract.”

“The allegation that we have not developed Cynviloq to protect the sales of Abraxane is false and it ignores the facts. Because it is totally without merit, we shall defend ourselves vigorously against this baseless allegation,” he said in a statement to The Los Angeles Times.

He explained that the sale of Cynviloq assets to the joint venture was necessary because it required Sorrento’s expertise in testing the drug. “Because the drug required a new process, further stability testing, and a complete new Phase 1 clinical study, we sold the drug to our [joint venture] with Sorrento, which had both regulatory and formulation expertise. We opened a Phase 1 study and this study is currently open, and we are actively trying to recruit patients,” Soon-Shiong said.

According to court documents, Abraxane is significantly cheaper in markets where competition exists. In South Korea, for example, the drug is sold for $270 a pop because Cynviloq, available there under the name Genexol-PM, is sold for $180. 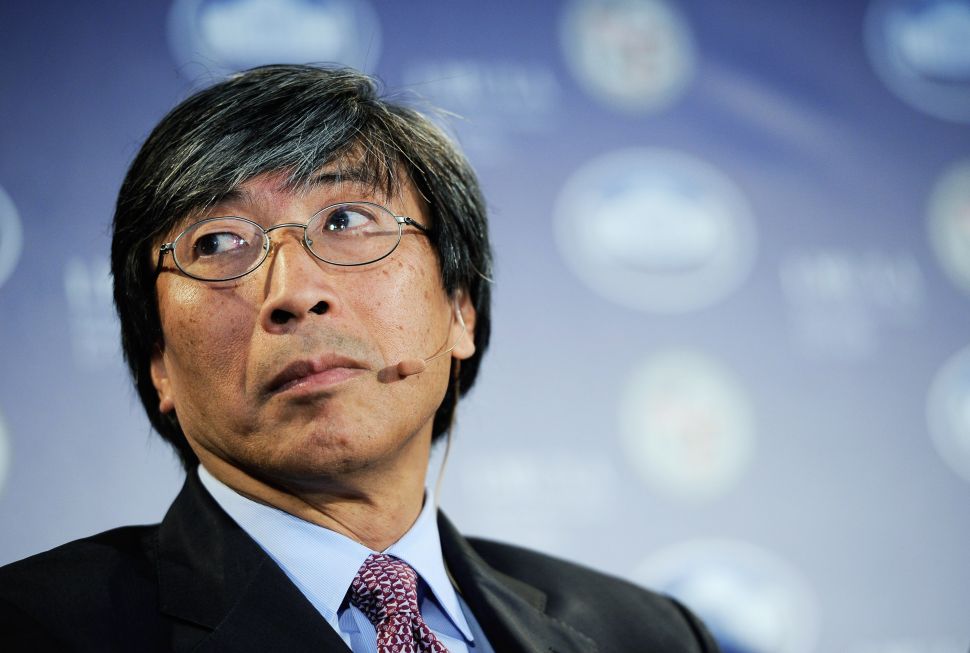