The new version of Stephen King’s Pet Sematary—misspelled again just to make sure you don’t confuse it with dozens of other clones about people attacked by rabid animals—is not exactly a remake of an old horror-film favorite, just another slant. It’s your routine, cornball summer-scare flick that can’t wait for summer. But after three dog-eared attempts, including the awful 1992 sequel, enough is enough. The time has come to bury Pet Sematary once and for all.

The basic premise follows the book—sort of. Dr. Louis Creed (played by the versatile Jason Clarke, looking nothing like he did as Ted Kennedy in Chappaquiddick) moves his wife, 9-year-old daughter, and tiny-tot son from Boston to the wilds of Maine for reasons only King can explain but doesn’t bother. What the Creeds discover, to their horror, is that they are living on Indian burial grounds near a cemetery for creatures that go bump in the night—including, one presumes, the rabid King creation Cujo.

Church, the family cat, is named after Winston Churchill, but the diplomacy ends there. As soon as Church bites the bullet, its corpse comes back from the grave hideously mangled and filthy, its fur a sticky tangle, to wreak havoc on the Creed house and the rest of the town, hissing, growling, biting and scratching everyone in sight. Apparently, nobody ever heard of pet euthanasia, but then there would be no movie, so they just put up with Church, fangs and all.

Ceiling boards creak, windows rattle and bathroom sinks shake inexplicably. Dr. Creed turns for explanation to a weird and ancient neighbor (John Lithgow, of all people) who tells him there is no safety from the mad pets in the “sematary.” No matter how many times you put them down, they keep coming back, meaner than ever.

Creed’s daughter, Ellie (Jeté Laurence), is confused by death, especially since her mother Rachel (Amy Seimetz) is still haunted by the death of her grotesquely deformed younger sister and prone to hair-raising nightmares that keep the whole family awake.

The first half of the movie, directed by not one but two hacks, Kevin Kölsch and Dennis Widmyer, is so slow and hesitant that it doesn’t prepare you for the part where the action gets going. But once Ellie is smashed by an oncoming truck at her birthday party, some of the “gotcha” thrills are admittedly creepy. Without giving away too much, the doctor moves Ellie to the pet “sematary,” hoping it will bring her back to life. It does, but what returns is not the same child.

The rest of the film is both silly and violent, but not in a good way, leading up to a bloody finale as gory and gruesome as anything I’ve seen on the screen in a long time. That is not a recommendation. 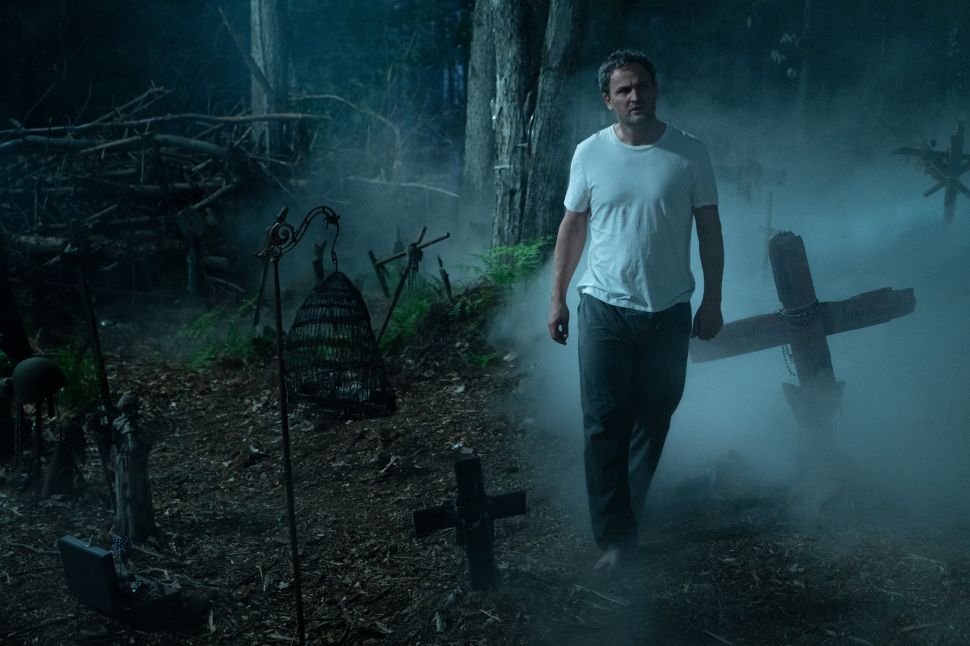